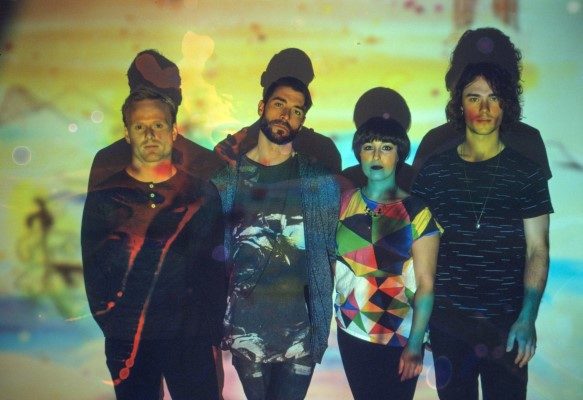 Calgary based quartet, RALEIGH released a video for their cover of Frank Ocean’s “Ivy” last week. The song will be released as a cassingle with the first album cut, “Costume Party” on July 21, 2017. The cassingle will hold fans over until the band releases their new album, Powerhouse Bloom this fall. Said album was recorded at the famed Independent Band Residency at the Banff Centre for Arts and Creativity, where the band worked with producers, Brendan Canning, Kevin Drew and Charles Spearin of Broken Social Scene, along with a different engineer, Shawn Everett, Graham Lessard and Nyles Spencer each day.