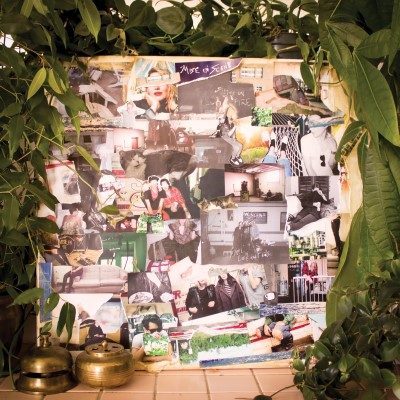 If you’re in the middle of compiling the most perfect summer playlist ever, stop now. Right now. Stop.

Mise en Scene’s got you covered. They don’t have one summer song, nor two, and not even three; in fact they have an entire 12 track album chocful of music that’s going to make home in your playlist.

Winnipeg’s very own garage pop rock band, Mise en Scene present to you their sophomore album Still Life On Fire which will be out today (via Light Organ Records). Ever since the release of their debut album Desire’s Despair in 2012 the band have been touring extensively, playing the likes of SXSW and even receiving a 2014 Sirius XM Indies Award nomination.

Still Life On Fire is brimming with roaring, distorted guitars, screeching, raspy vocals, big drums, and incredibly heavy basslines. The record contains a lot of 90’s grunge influence, as well as a peppering of the riot grrrl genre. A lot of similarities between this record and the works of, pioneers of the riot grrrl genre, Bikini Kill and, British rockers, Wolf Alice can be drawn up.

The album opens up with Intro, an ambient and easy going track. Its steady guitar and lazy vocals create an atmosphere of calm. The track is super short and provides and introduction to the album. However it cannot prepare you for the madness that is to come.

As soon as the second track, Closer, begins the riot grrrl influence is apparent. It has amazing, fast drumbeats and raw vocals. The screaming guitar and perfect harmonies between the female and male vocals provide a lot of similarity to Wolf Alice’s work.

Guts/Glory opens up with lovely harmonies and steady drums. The guitars in this song are absolutely manic. The build up between the guitars and drums is absolutely brilliant. The track is tied up perfectly by the male backing vocals.

Title track, Still Life On Fire is the perfect embodiment of the entire album. It’s a perfectly bass driven track, with a steady groove established between the drums and the bass. The simple background synths and somber guitar create a chilled out atmosphere. This song conjures up imagery of a bedroom in the afternoon or late night. Whenever most people are asleep and you’re the only one awake, alone with your thoughts. Well it does so for me anyway.

Still Life On Fire epitomizes feelings of youth and rebellion. It makes the feelings of growing up and experiencing life into something almost tangible. The record perfectly wraps the ups and downs of growing up in its 12 tracks and manages to conjure up imagery of fun and careless summers. Picture driving down a sun soaked street with your friends, jumping into a pool, endless laughter and watching the sun rise. Picture the best summer ever. Picture it with this album as its soundtrack.