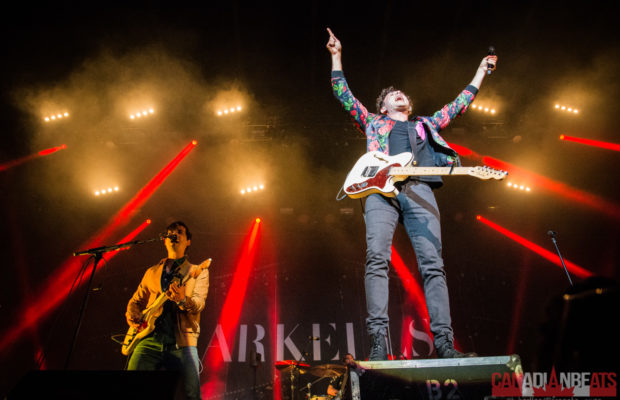 Canada’s  own July Talk and Arkells rocked the sold out Budweiser Stage Saturday night with friends, and fellow musicians Said the Whale and Mondo Cozmo. Filling the venue with love and exceptional talent.

Kicking off the  evening was Said the Whale. The Vancouver based indie band rocked the stage with quite the energetic, and eclectic performance – despite the gradually filling venue. With fans trickling in to the sounds of “I Love You” and “I Will Follow You” set the mood for a fun and funky evening. Taking a moment to connect with the crowd, Said the Whale explained the story behind “Emily Rose”; written about a fan turned friend who’s life was tragically taken in a car accident, this song acted as a tribute to her. Overall, Said the Whale was fun, fast and definitely a great start to a jam-packed evening. 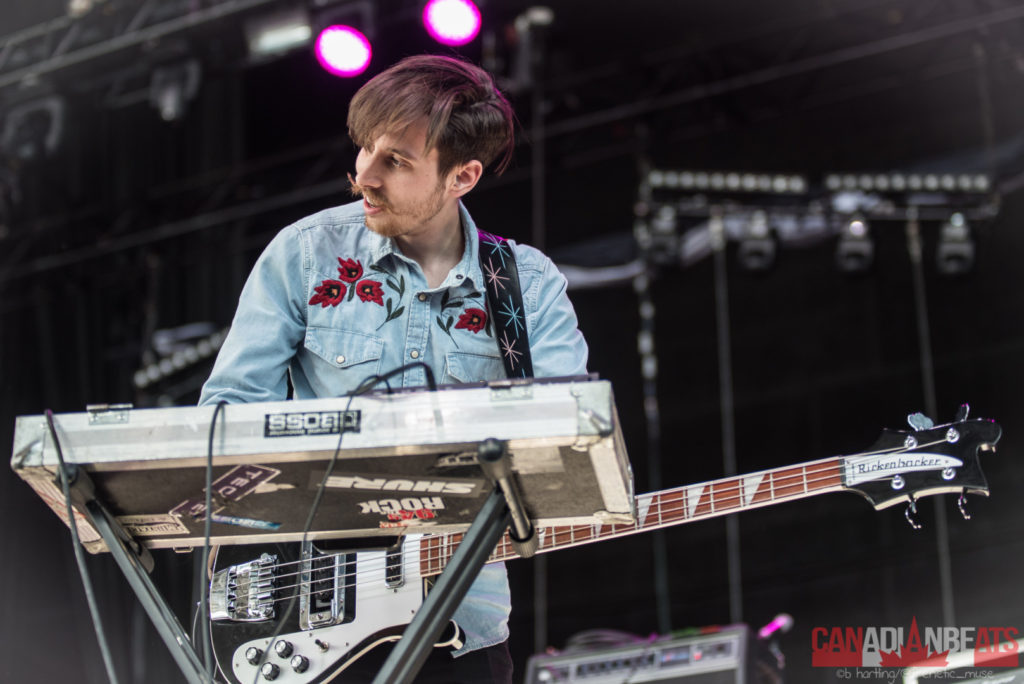 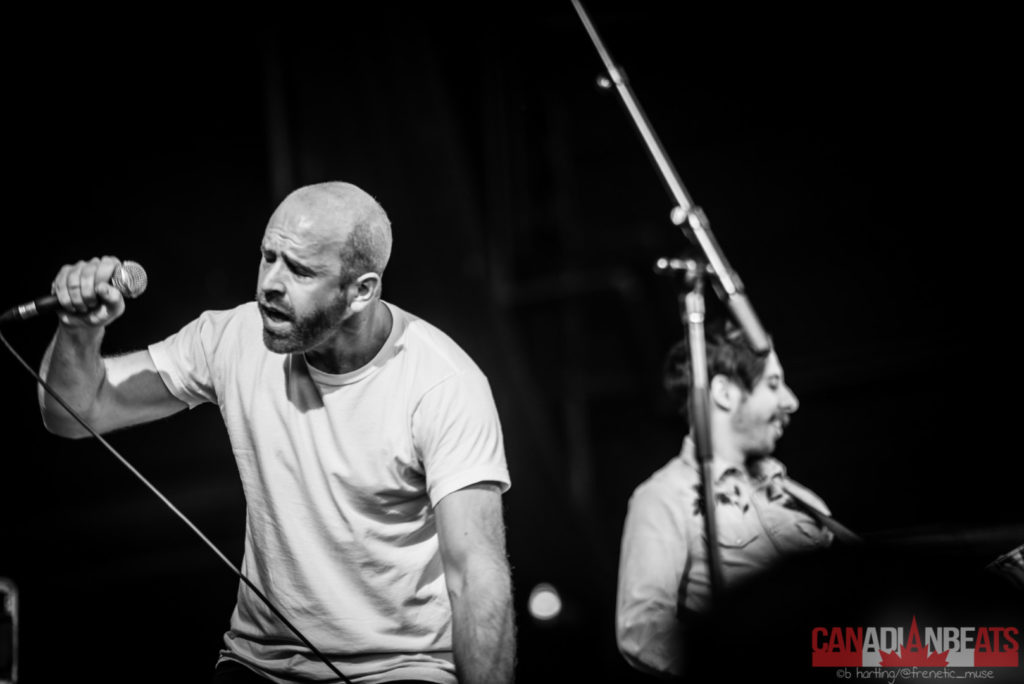 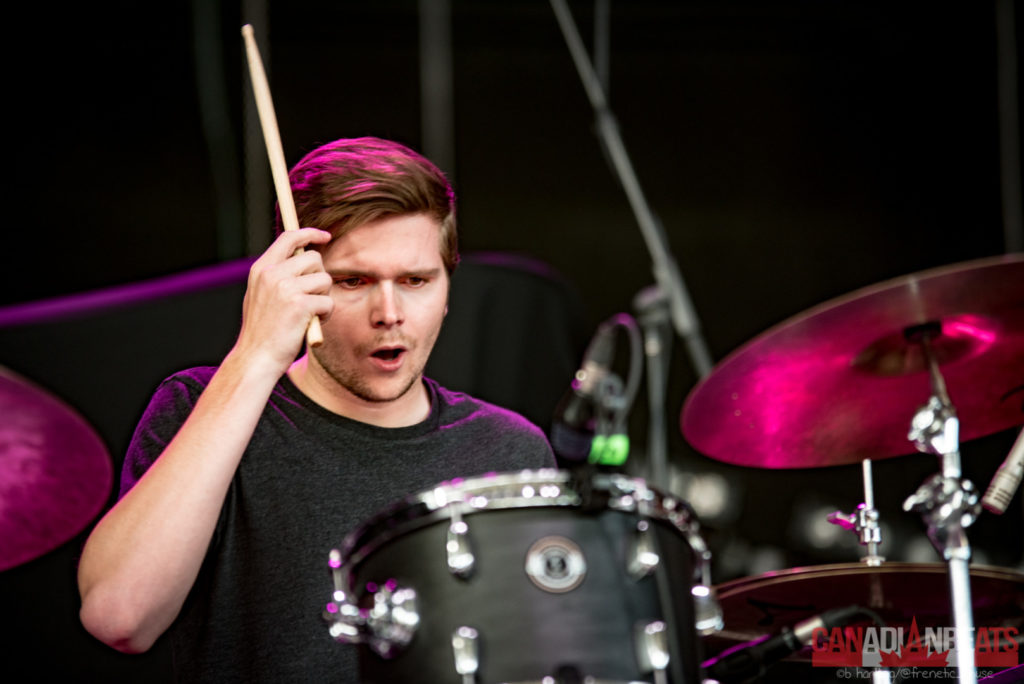 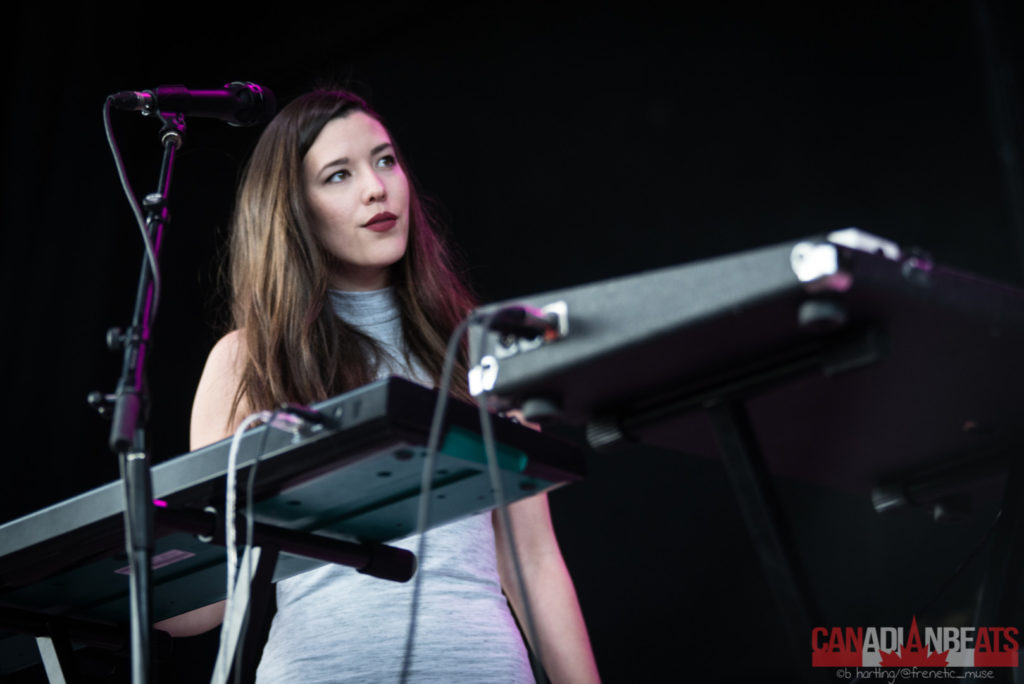 Next up, Mondo Cozmo. The Pennsylvanian singer songwriter blew the audience away with a lively performance. Taking over the stage with crisp vocals and beautiful guitar tones, Mondo Cozmo had the audience on their feet – from the pit to lawns.  Everyone swaying in harmony as the fresh sounds of melodic and pop-esque tunes filled the Budweiser Stage with vibes of summer. A great performance from a truly talented artist. 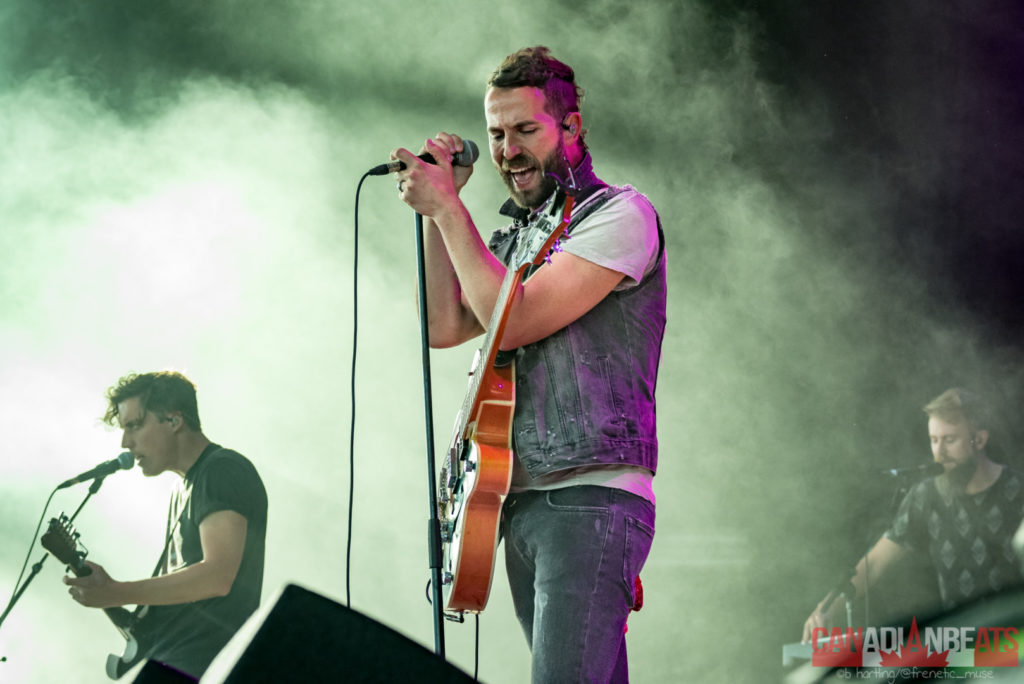 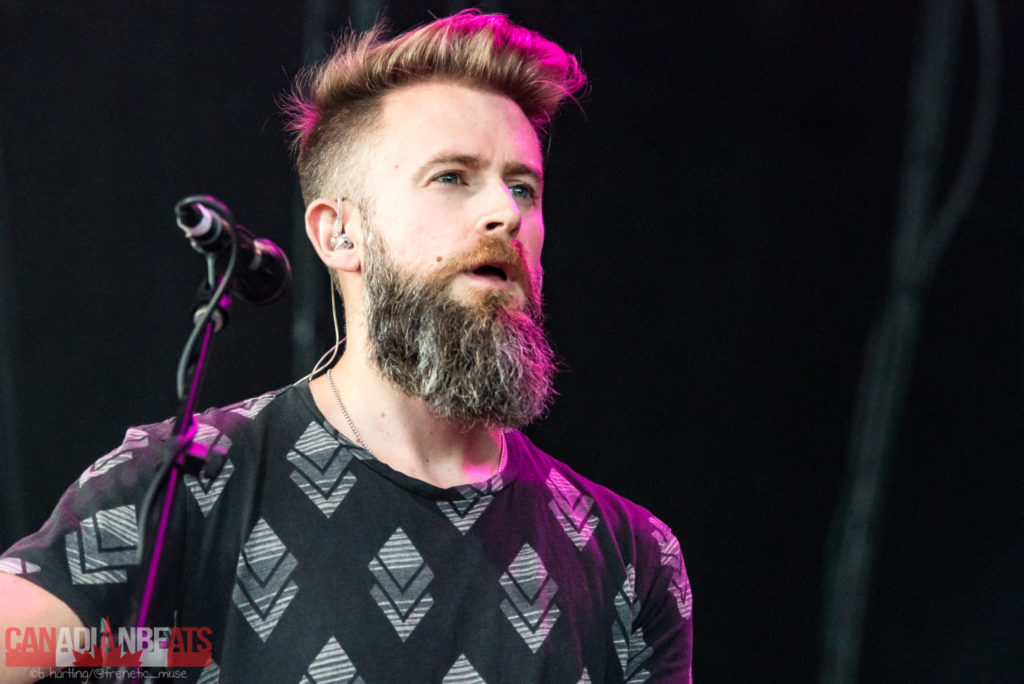 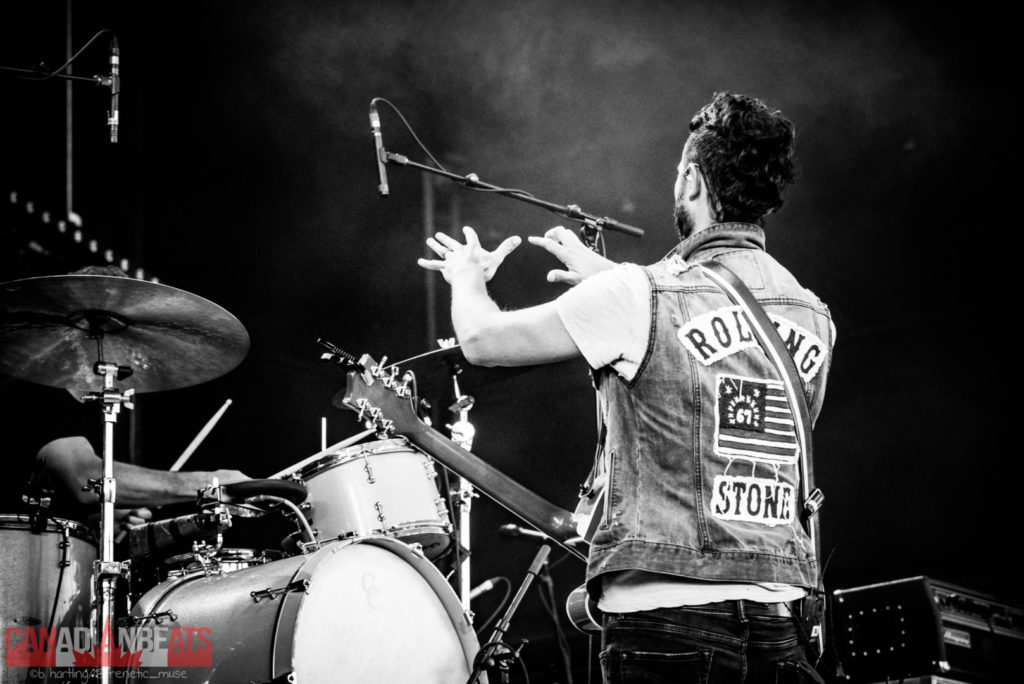 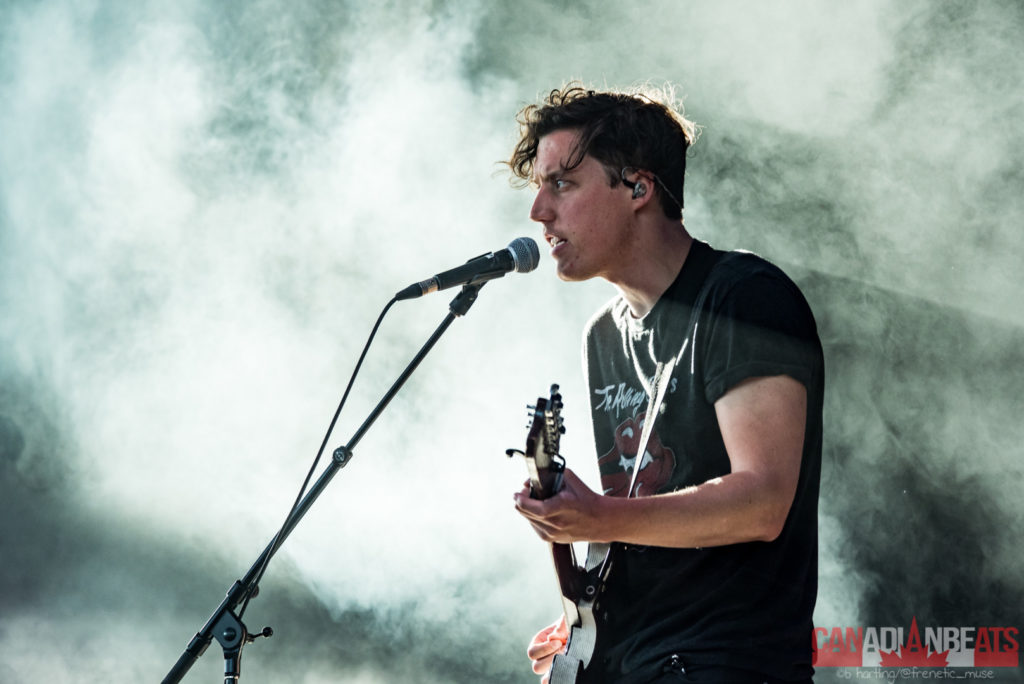 July Talk came tearing onto the stage, following two stellar performances from Said the Whale and Mondo Cozmo. And talk about a party; from the get-go, front man and woman Peter and Leah had captured the audience. From the group dynamic on stage, to the contrast of vocal tones and the tightness of the band – July Talk put on a show of a lifetime. Whether it was their cover of “Ace of Spades” or an original July Talk tune like “Guns and Ammunition”,, it was full of energy – leaving  audience members to relish in the performance. Taking a moment to recognize Toronto’s Pride weekend, and the Aboriginal land we stood on – everyone could tell how thankful each and every member was to be there! Hailing from Toronto, July Talk put on one killer hometown show. 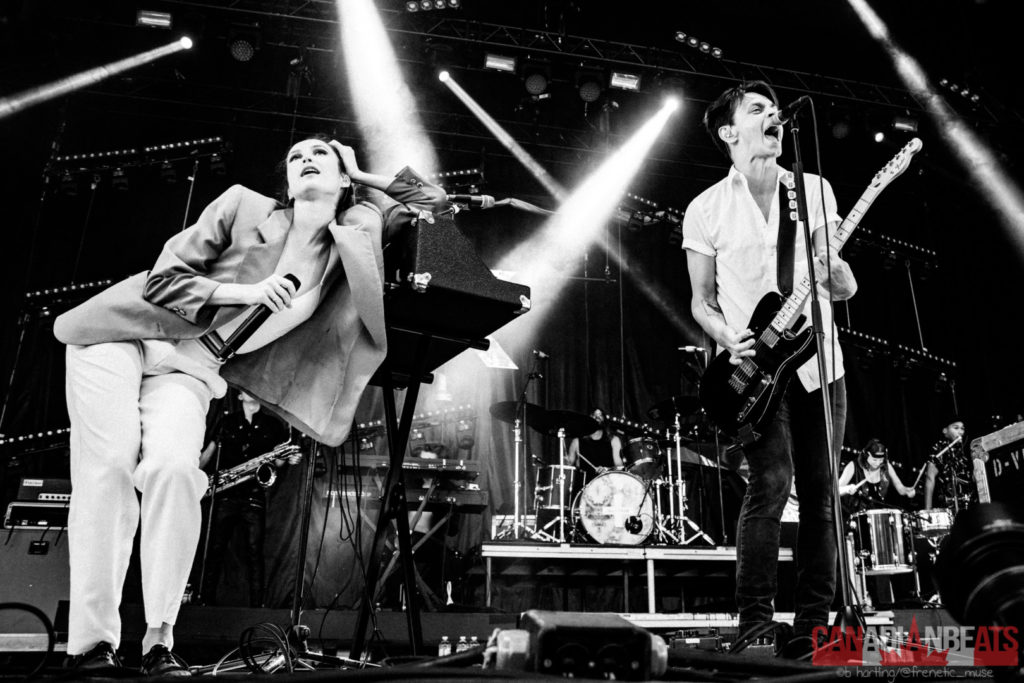 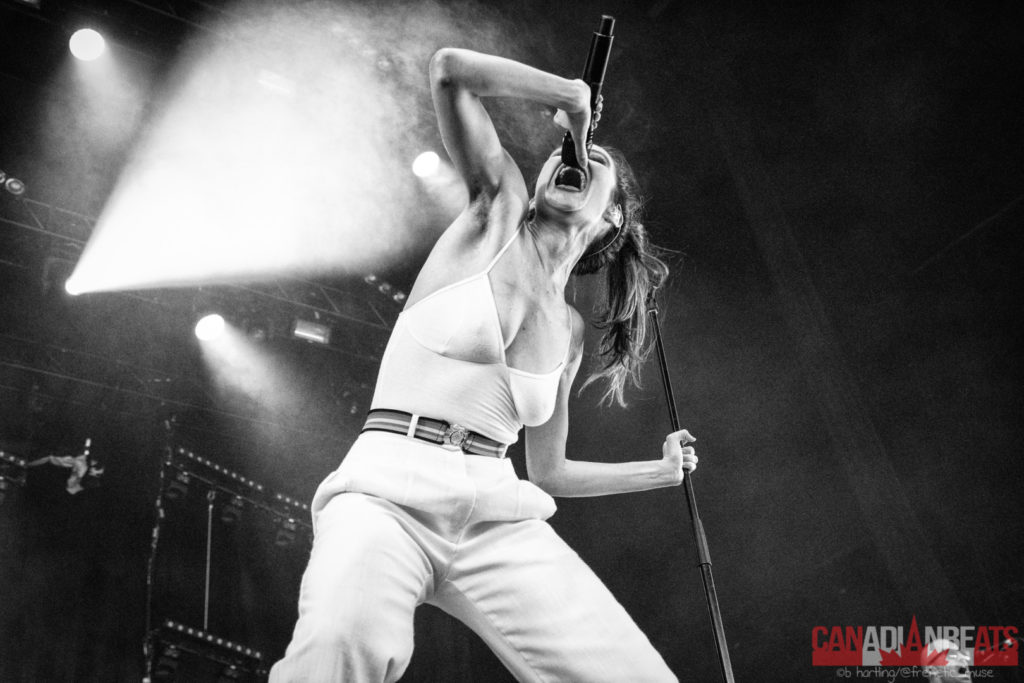 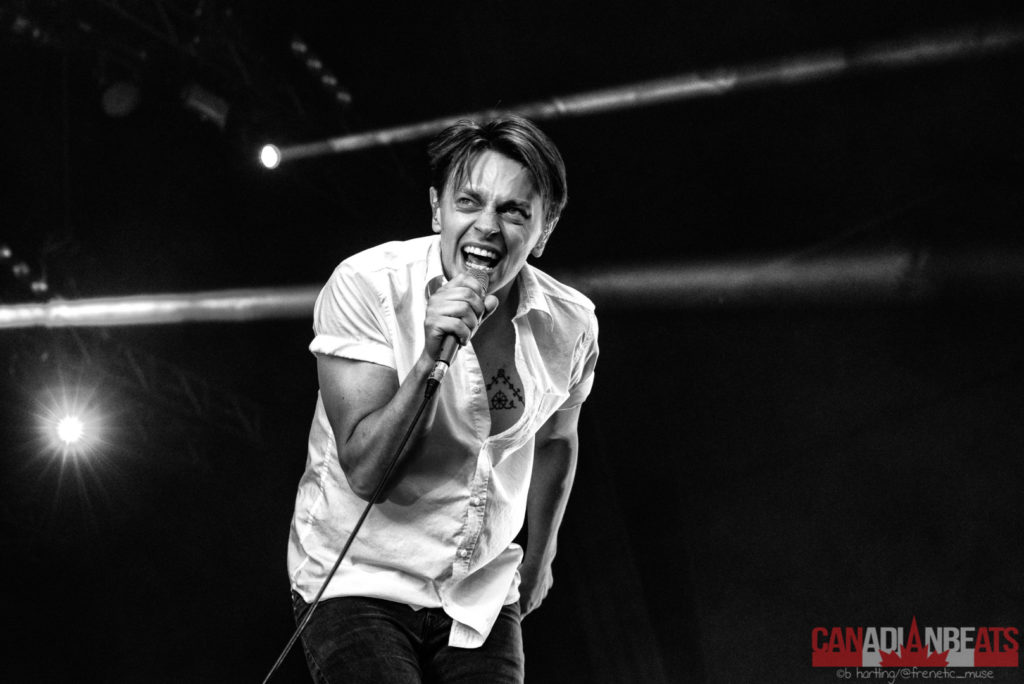 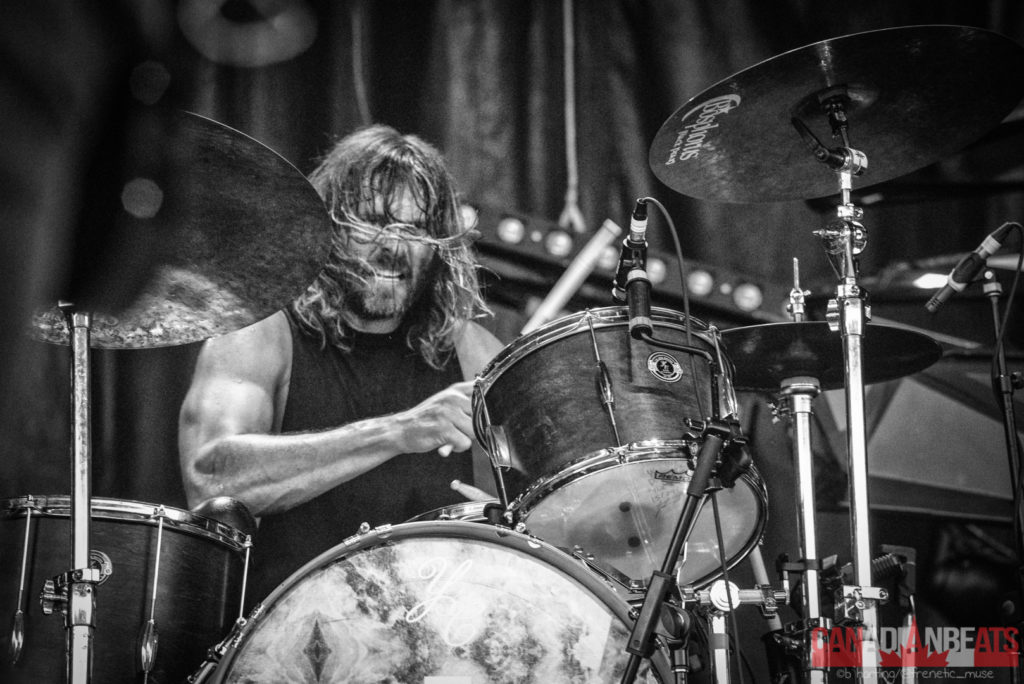 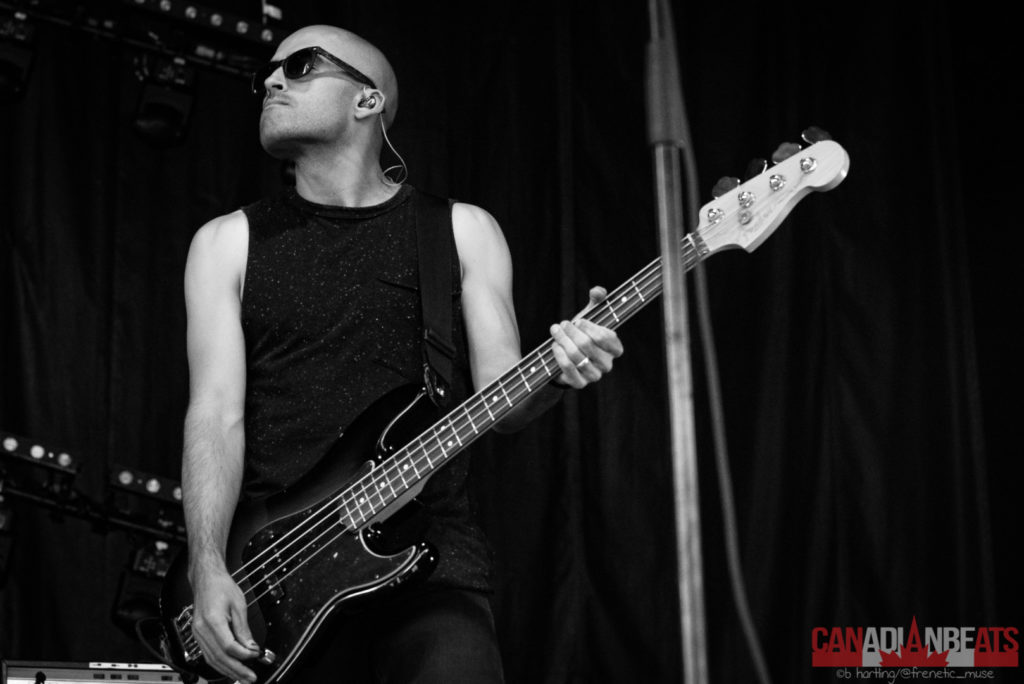 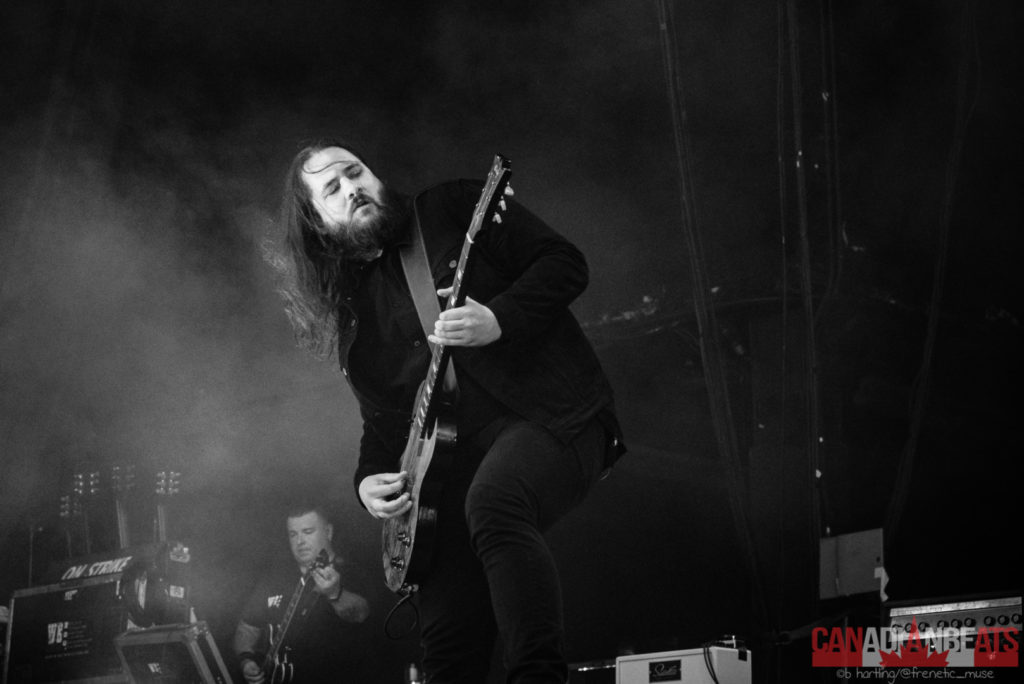 Finally, Hamilton’s very own Arkells. From the moment they walked on, to the moment the played the last note of the encore, every person – audience and band members alike were all smiles… especially frontman Max, who could not wipe the grin off his face. Throughout the evening, Arkells made sure everyone felt the love and appreciation they deserved; from checking in with those on the lawns, to preforming for those in the 200 seats and even crowd surfing – Arkells made sure everyone was having the best time! Playing hits like “Private School” and “Leather Jacket”, the Budweiser Stage erupted into one big single along. 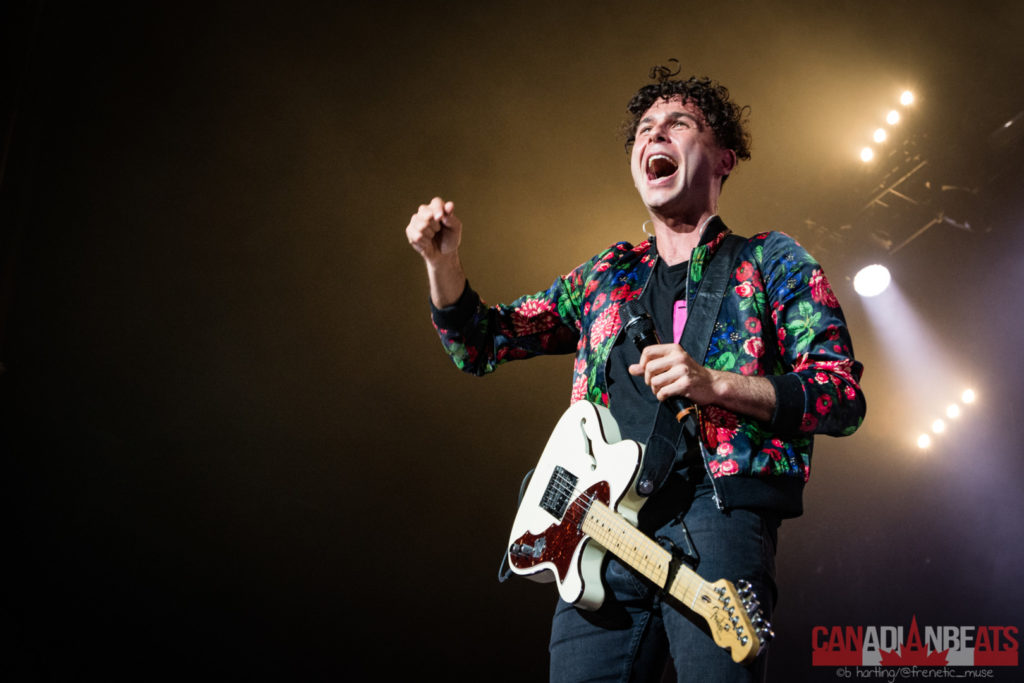 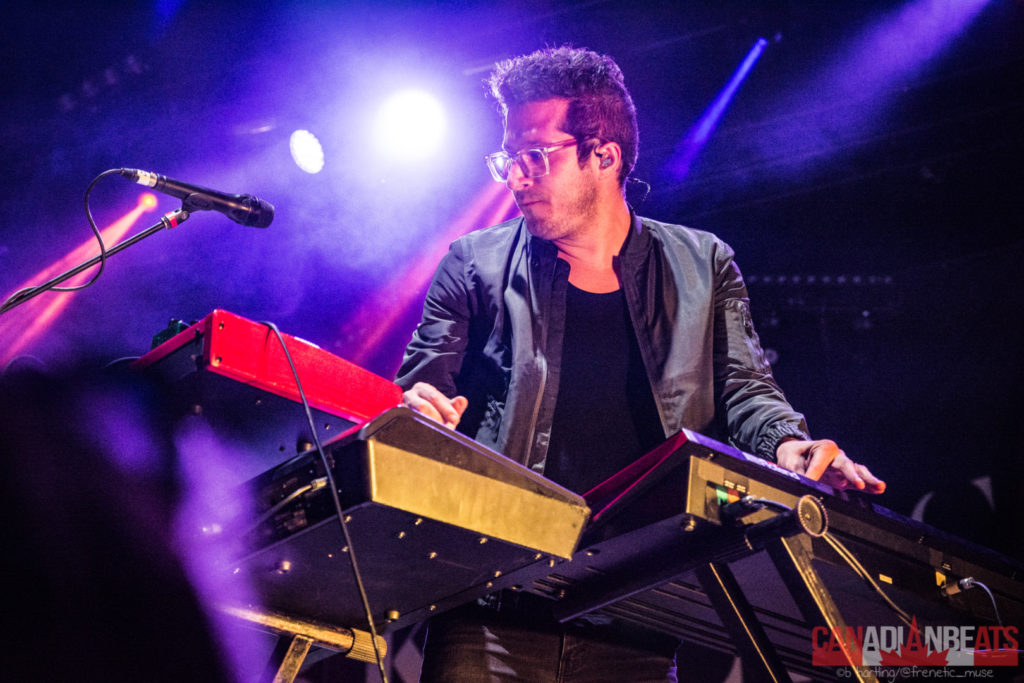 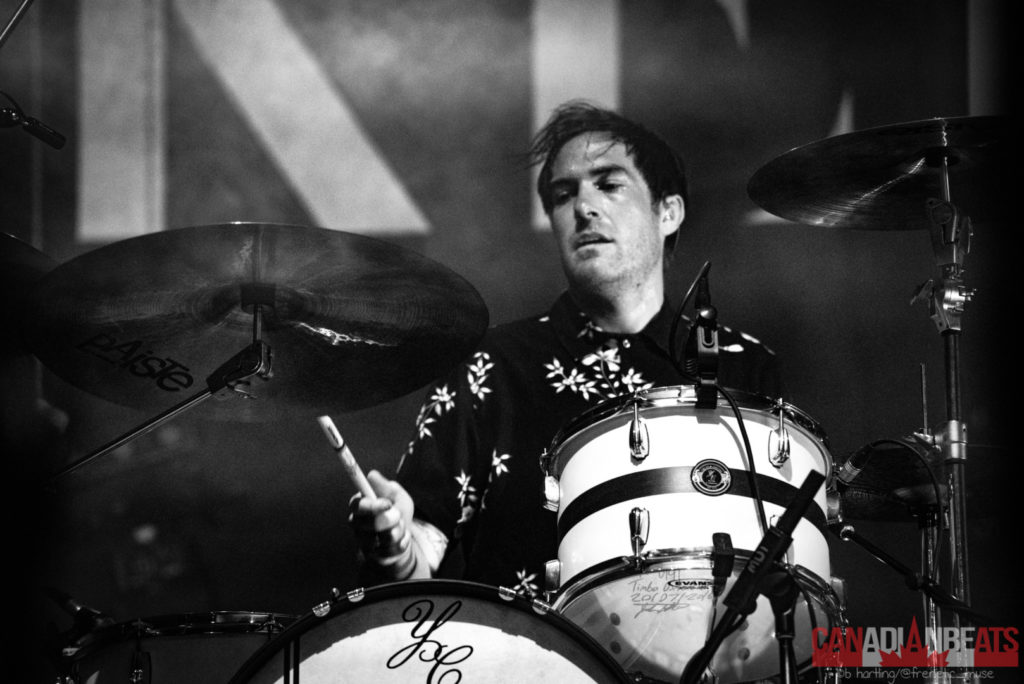 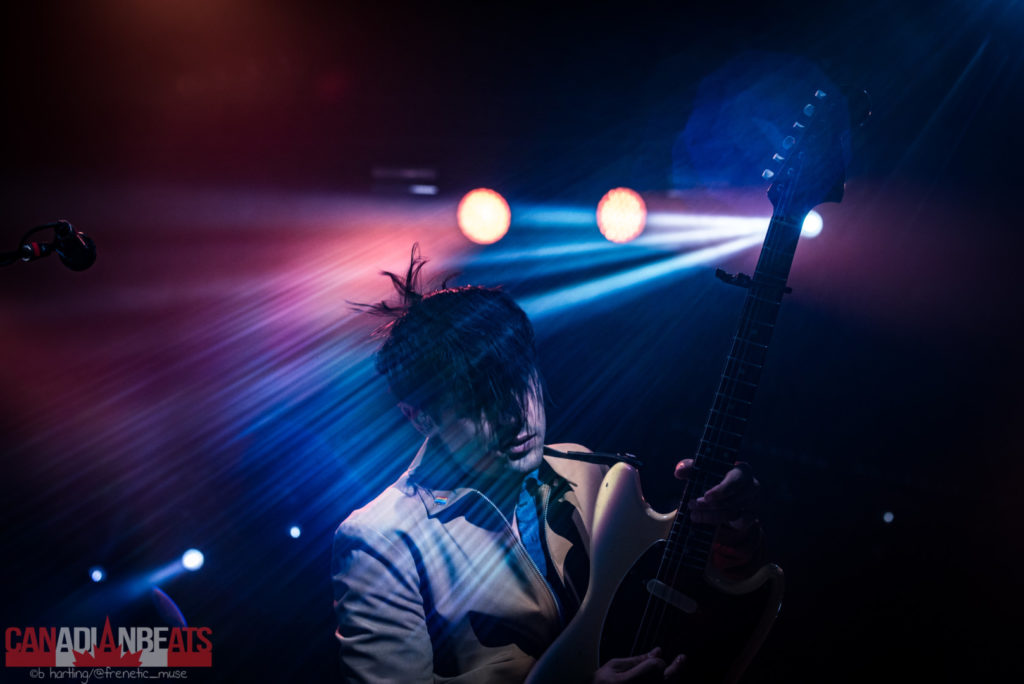 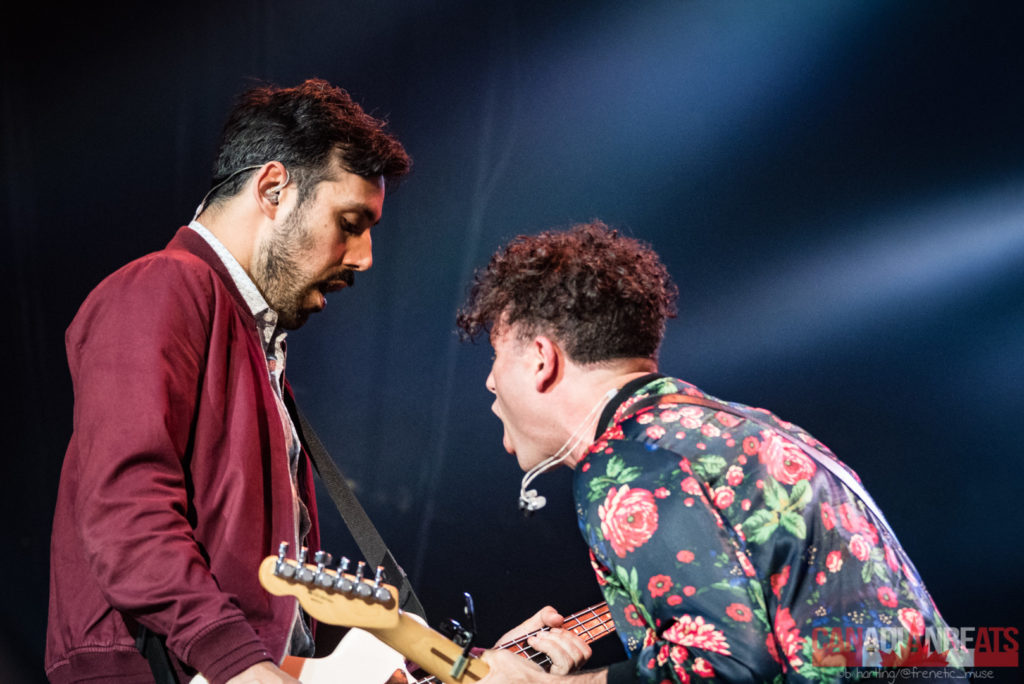 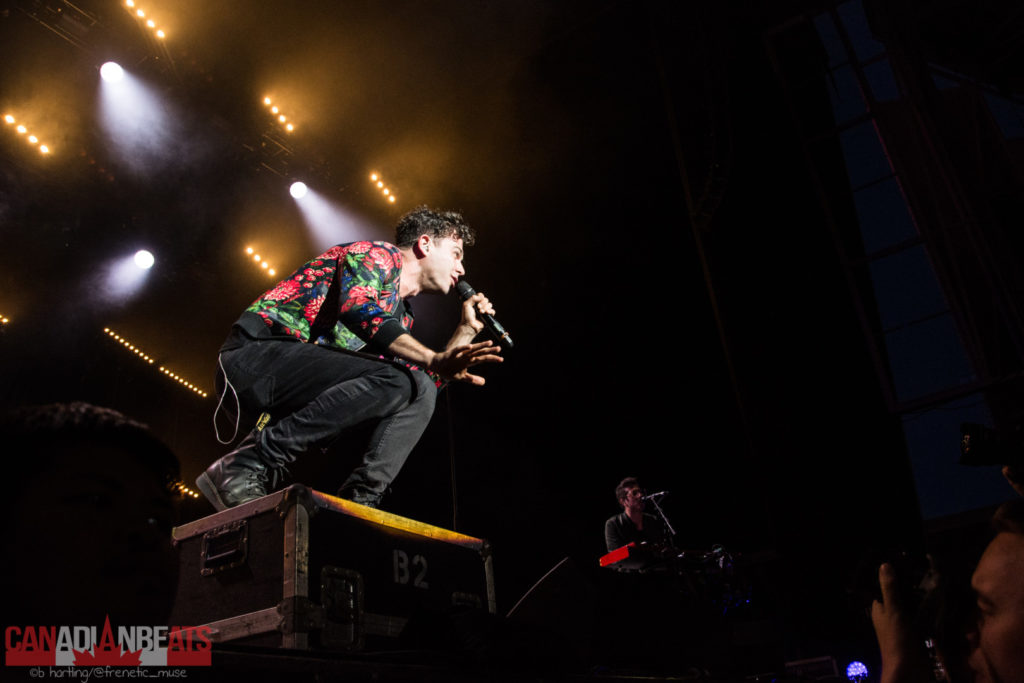 Wrapping up the show was an experience of a life time… Said the Whale, Mondo Cozmo, July Talk and Arkells all regrouped on stage to preform “Dancing in the Dark”. Easily the best performance of the night, each artist brought their own assets to the song, putting a twist on a classic. It was truly an experience that you’d hate to miss. It was an incredible way to end a night that left many speechless. While walking out (after the show had ended), you heard endless comments about how this was the best concert ever.