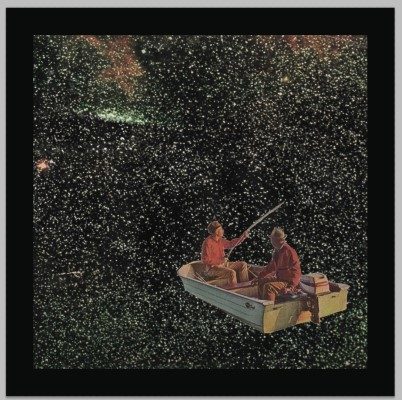 Hailing from Hamilton, The Bandicoots have released two EPs over the past three years and have now released a third. With four new tracks, Zolly is the latest haunting EP from the indie rockers.

The EP opens up with “Rocky Horror”, a wonderfully bass heavy  track. In fact, it plays almost in the same vein as Tame Impala’s “The Less I Know The Better”. Singer, Justin Ross’  gentle crooning creates a slight laid back atmosphere in the song. The sharp, swinging guitars are very similar to guitar work done by The Killers. As relaxed as the track is, it’s an absolute banger to sing along to.

Next up is “Vesper” , a sleazy tune with heavy drumbeats. The strutting tune with its echoing vocals creates a rather moody and haunting atmosphere.

“Dead End Street” is a very Doors-esque track. It’s a psychedelic tune with rather haunting backing vocals. Ross’ vocals on this track are very similar to those of Arctic Monkeys frontman, Alex Turner. The moody guitar and muffled drums set the stage for a creepy atmosphere overall.

Last on the EP is “Sundance”. This final track is rather upbeat in comparison to its predecessors. It evokes an almost summery vibe, but is kept grounded by the restrained melody and moodiness that is emulated throughout the EP. Swinging guitars and soaring synths end this EP on a rather pleasant note.

Zolly’s lazy vocals and moody, laid back vibe make it a dead ringer as a chilled out indie party jam. Heavy Arctic Monkeys and The Killers influence can be heard on this EP. However, The Bandicoots have their own thumbprint on every track, thus keeping the music original and intriguing. The best way to enjoy this EP? Grab a bunch of mates, get some food and drinks and let it play in the background of your chill session. Whether or not you pay attention to the music itself, it’ll seep into your brain, causing you to come back to it again and again.