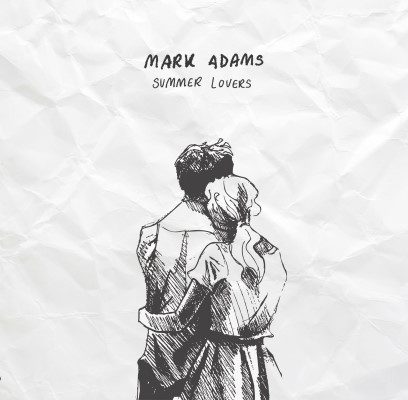 A six-track journey through the mountains and ravines of young love, Vancouver-based artist Mark Adams wows with his debut album, Summer Lovers. Drawing inspiration from the genres of Roots, Country, and Indie Pop, Summer Lovers is a nostalgia-heavy, endearing intro to Adams’s style.

Uncomplicated and reliant on drumbeat, opening track “Summer Lovers” sets up the audience for what they should expect of the next five tracks: with Adams’s downy leading vocals, a bubbly orchestra of background instrumentals to offset the ballad-esque feel to the song, and lyrics so straightforward that, from anyone else, they would feel juvenile, the track—and all the ones that follow after it—come across as nothing short of fun. Easy-listening at its finest, “Summer Lovers” is a jaunty ear-worm that draws from all the genres listed above without veering too sharply into either of them, allowing it appeal to even the casual listener.

Late-album “Keep Running” slows it down, retaining the toe-tapping downbeat while shining a spotlight on the sentimentality of the songwriting. With a heavier emphasis on rhyme and versatility of vocals, “Keep Running” unveils itself as a summer road-trip song, its replay factor through the roof.

Wistful, genre-dabbling, and memorable, Summer Lovers is a languid summertime album that will easily find its way onto anyone’s electronic shelf.