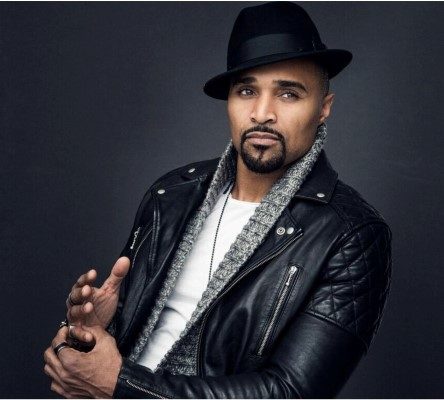 Juno winner, Sean Jones took a few moments out of his busy schedule to chat with us for our newest segment of Five Questions With. Sean has a residency at Casa Loma in Toronto from June 19 until August 28, so there are lots of chances to check out this lively soul and R&B show!

My name is Sean Jones. Been singing for A LONG time. Was part of an extraordinary R&B group called In Essence that was signed to BMG/Sony and won a Juno award in 2004. I am currently a solo artist and working on a new record to be released in summer of 2018.

You know THAT particular question is sometimes hard to answer. I really love all style and genres of music. I’ve dabbled in soft rock, acoustic folk, alternative pop, R&B, and soul. I’d say over the past 5 years or so I’ve been writing a lot of what could be described as Motown Revival material. Very retro but with a modern edge and touch. However lately I’ve been hearing some different sounds in my head and I’m exploring some modern R&B ideas at the moment in the studio. Very fun! Kind of taking me back to my In Essence days.

I have a residency at Casa Loma in Toronto during the summer called “Soul In The City”. Every Monday  night,  from 7pm – 10pm, my 8 piece band and I throw down classic R&B/Soul tunes along with some of my originals mixed in there. I bring up special guests every show to do a few songs. We’ve had Divine Brown, Jully Black, Jackie Richardson, The Tenors, Johnny Reid, Molly Johnson, Alan Frew, and others bless the stage. Even Eric Benet has shown up…twice…and kicked it on stage. The event takes place outside in the gorgeous and majestic gardens of the castle. It’s a truly magical night filled with good music and good vibes. If you haven’t been you NEED to come! Trust me. You will not be disappointed.

I would tell people to take a listen to “One In A Million”. It’s a truly beautiful song about love and what it means to lose it and try and get it back. It was produced by Grammy award winning producer Ben Mink who also produced K.D Lang and Heart among others. The string arrangement is absolutely gorgeous.

Ms. Tanika Charles is absolutely KILLING IT! Love her voice, energy, vibe, and humbleness. She will actually be performing at Soul In The City this year. I’m also loving a young lady named NEFE. She has a very unique and amazing voice that the world is going to love.