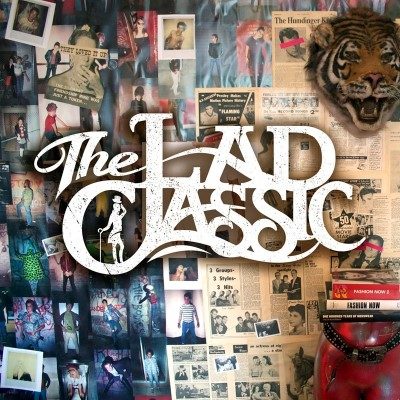 The Lad Classic’s latest album, Rectifier, has the potential to be better.

You can tell that they’ve worked hard on this album, and the story of how it came to fruition out of the struggle of signing a management contract that ended up being much more of a headache than a benefit is apparent. However, what should have been an innovative phoenix borne out of the ashes of two years of frustration fizzles and falls a little flat. The songs tend to bleed together with not much to differentiate them from each other and unfortunately it leaves the album lacking.

Lead singer Paul Stevens does his best to push his already impressive vocal range to his limits and the guitar riffs are enjoyably complex which is all the more reason to be disappointed in the mediocrity of an album that feels as though it should have been released 12 years ago. This is an album that has qualities more at home in the hey-day of Three Days Grace and Stone Sour than 2017, although there are elements of Live’s Throwing Copper in there that I definitely dug.

All this goes to say that there are some nice little treats to be found on this album. “Kitchen Sink” was by far my favourite song. It’s catchy and has a great beat and is the song where the most risks are taken. The acoustic versions of “Are You With Me”, “Halfway to Memphis”, and “I’ve Got Your Sympathy” are great little treats as well. I liked the careful, almost tentative approach to these versions – well-placed restraint in rock can be very effective.

Overall, if The Lad Classic pushed themselves a little further, experimented a bit more, and tried evolving their sound somewhat, I honestly think they’d do well.

The album is available as a part of a physical + digital bundle through www.theladclassic.com