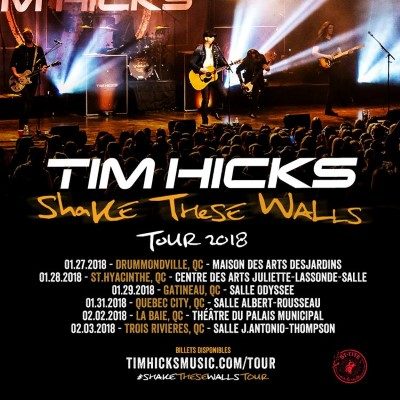 Quebec country music fans can rejoice. Following his Montreal debut at the Corona Theatre on January 26, 2017 and a string of festival performances, Tim Hicks has announced six tour dates to continue his Shake These Walls Tour2018 into Quebec. With stops in Drummondville, Saint-Hyacinthe, Gatineau, Quebec City, La Baie, and Trois Rivieres Hicks will bring his hits such as “Stompin’ Ground,” “Stronger Beer,” and “Hell Raisin’ Good Time” to Quebec country fans across the province.