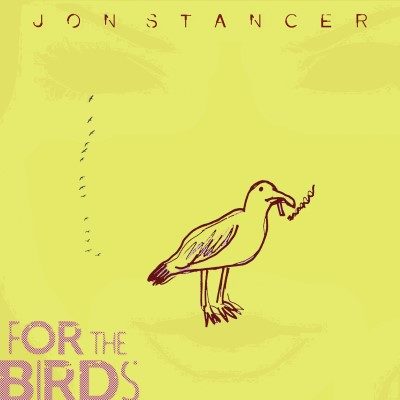 Opening track “Dance in The Sun” with its light vocals, jangly guitar hook and Horn breaks prove the perfect intro to Jon’s sound. The stylish top-down road trip production raises For The Birds into a smooth and airy summer vibe. Moods fluctuate from pop to rock to indie to 80’s dance funk, but all held together with some luscious melodies. Echo’s of The Lightning Seeds, Curiosity Killed the Cat, Belouis Some and the Style Council all get a nod of the Fedora and that’s really great company to be in.

Rambling track “Stumbling Home Again” with its harmonica riff leads right into “No Right Turns” a chill track that is a real foot tapper. Stancer shows his mellow pensive side with ‘Take The Bait’ and the composition really suits his soft vocal with beautiful lyrics. Without doubt, Canadian Beats favorite and its been on repeat in the office.

The Press Release states “A collection of lush and lavish hook-laden rock ‘n’ pop, connected by lyrical themes that touch on reclusiveness and resurgence, regret, revision and rejuvenation” Canadian Beats would like to add Resplendent to the list!