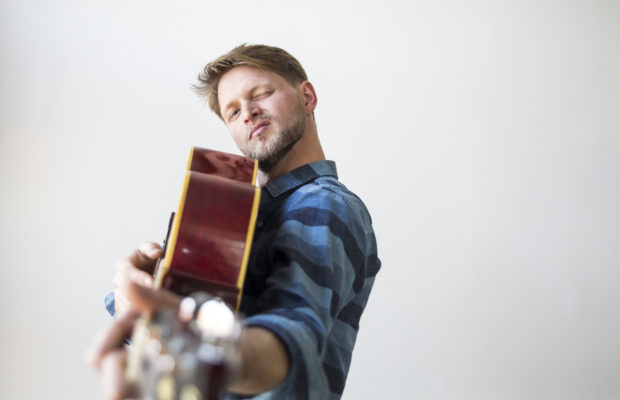 This August long weekend (August 4-6),  Gravenhurst, ON is the place to be., as the  inaugural Sawdust City Music Festival will be taking place. In an effort to showcase some of the great talent taking part in the festival, we are doing a series of interviews throughout the next few months. So far, we have chatted with The Julian Taylor Band, Bet Smith & The Currie Brothers, and Jessica Mitchell. For our fourth installment of The Road To Sawdust City Music Festival, we’re happy to speak to Tim Moxam.

My name is Tim Moxam, I’m a songwriter born and raised and living in Toronto. I’ve just returned from a month long tour of Australia where I was supporting the release of my first LP, Soft Summer, and now I am home again working full time as a Carpenter before hitting the road again in August, this time to the East Coast of Canada.

Miranda Mulholland, owner of Roaring Girl Records (my label), is an incredible entrepreneur, leader, and–most importantly–artist. It’s been amazing working with her to push my own album and I feel honoured to now be a part of her Festival. Currently, she is doing some tremendous work where Artist rights are concerned, and I believe this Festival is her way of bringing together like minded musicians, and to engage them in the ongoing conversation. Hopefully, together we can carve out a better way of life for ourselves and for future artists.

C & C Surf Factory and Justin Rutledge. C & C because Chris Stringer is a good buddy of mine and also produced my record. I joke with him that he doesn’t have any talent, but in reality he’s one of the most talented musicians and creators I’ve ever had the privilege of working with. Justin Rutledge because I haven’t seen him play since my time as assistant director to the Dawson City Music Festival in, I think, 2007(?). He was pivotal for me in a time when I was first exploring the possibilities of being a touring singer songwriter.

I’m very excited to be a a part of the BIG on Bloor Festival in Toronto, performing on Sunday July 23rd at 2:45pm. One of my favourite summer activities in the city is chasing outdoor live music: All Caps, Great Hearts Fest, Field Trip, etc. To actually play one of these festivals will be a real pleasure. I mean, I’m going to be there anyways, so playing is a bonus.

You really have to listen.

Tour! Canada is a beautiful Country and there isn’t a more intimate way, that I can think of, to experience it than to integrate into it’s fabric with music as your offer.

It’s hard to name favourites but I can say right now that I think what Charlotte Day-Wilson is doing is amazing. I’m inspired by her voice and her words. Truly beautiful sentiments, thoughtful arrangements, and heavy musicianship.

I’m writing all summer in preparation for the studio early next year. That and an August tour of East Coast Canada. PEI in August is something everyone should see.