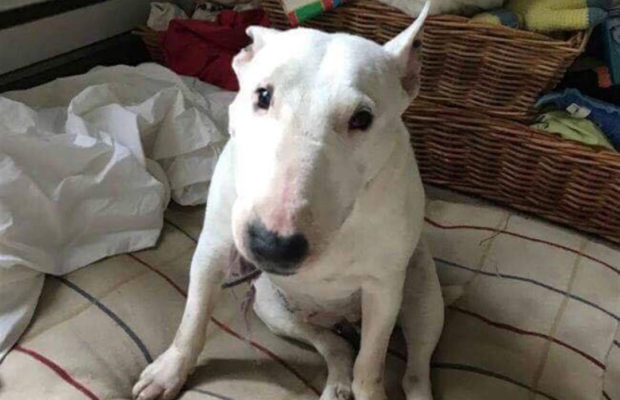 Montreal based, Planter is a project by Alex Tremblay. The release is entitled, Eddie which is named after Alex’s cousin’s dog, who is 12 years old and the slowest creature in the world, but they felt she was cute enough to be the album cover, and I would have to agree. Most songs off of the release were written and recorded by Alex in his bedroom in Montreal, while going through drug withdrawal and getting out of a bad relationship. Alex enlisted the help of Stephen Zogas’ guitar skills on a few of the tracks.

Although there are seven tracks on the album, half of the songs ring in at a minute or less, making the album a very short listening experience.

Of the seven tracks, the one that spoke to me was the sixth, “Sleeping”. It’s a very hypnotic sounding track, when I asked Alexander about the track he responded:

“Sleeping is a song I wrote when my friend Ashley was taking a nap in my bed and I kept playing a riff and turned into the song. Sleeping is about her dog Charlie. A very mean pooch that bit me a lot when I was sleeping and I kept trying to be friends with him and it finally happened. So I guess it’s about patience.”

Depending on the style of music you prefer, you may enjoy some or all of these tracks, they have aspects of punk, as well as lo-fi bedroom pop.

Eddie was released digitally last week, with physical copies coming out via Bedroom Records in August in conjunction with a full band tour.