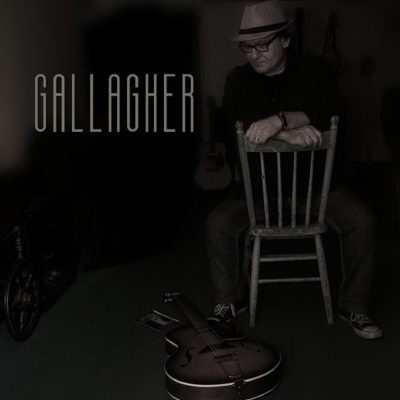 Brian Gallagher, the guitarist and songwriter of acclaimed Canadian band Happenstance, releases his first solo project this summer. With a heavy emphasis on lyricism—particularly pouring his personal trials of illness, loss, and life into these eleven tracks—and a loyalty to his eastern Canadian roots, the self-titled Gallagher will appeal to Roots veterans Canada-wide.

Track “The First Kiss and the Long Road” draws the curtain back on the album. Heartfelt and true-to-form for the Roots genre, the downhome imagery and lulling strum of the guitar will be a safe haven for fans of the genre—however, a blanket of palpable autotune shrouds the song, competing with the folk-heavy flavor. Having played the entirety of the instruments on the album, as well as recorded it at his in-home studio, Gallagher should be commended, but the alteration of the leading vocals could throw even die-hard Roots fans off.

Late-album “Tears In Her Glass” softens this flaw, the overlay of the piano combating the electronic twang of Gallagher’s vocals. With the lyrics being the continuing focal point of each track, it’s clear that in the future Gallagher will continue to provide songs that are close to his heart, and that he is a musician for music’s sake—and with this album to reflect and improve upon, will only keep climbing higher and higher in his career.