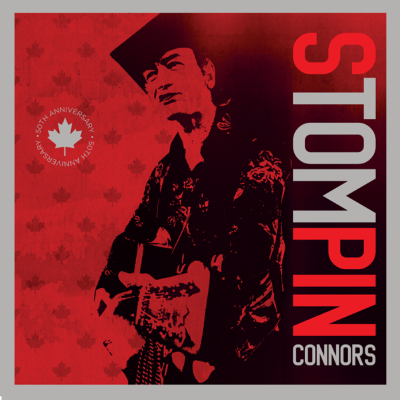 If you’re a fan of Canadian music, the chances that you don’t recall the name Stompin’ Tom Connors is slim, next to none. The country was in shock when the announcement of his passing in March of 2013. Although the music scene will never be the same without such a long standing icon, ole Label Group is releasing a special, exclusive collector’s album to celebrate the 50th anniversary of his music, to go along with Canada 150. The album is going to be released on June 30th, just in time for Canada Day. The album will feature 18 songs, including his hits “The Hockey Song”, “Bud the Spud”, and many more including songs featuring other great Canadian acts The Cuddy/Polley Family Band, Corb Lund, George Canyon, and Whiskey Jack.

Connors’ home town, Skinner’s Pond, PEI, are also in the midst of opening the Stompin’ Tom Centre and will be holding a grand opening event of the Stompin’ Tom installation, 120 seat performance space, snack bar, deck, and gift shop with the first annual Stompin’ Tom Fest, happening on July 1st and 2nd. This year’s performers include Dave Gunning, JP Cormier, Gordie Mackeeman and the Rhythm Boys, Mike Plume, Minglewood, with more being announced in the days leading up to the event. For all details on the event and centre, visit their website.

Keep an eye on our website on June 30th for our review of the Stompin’ Tom anniversary album.