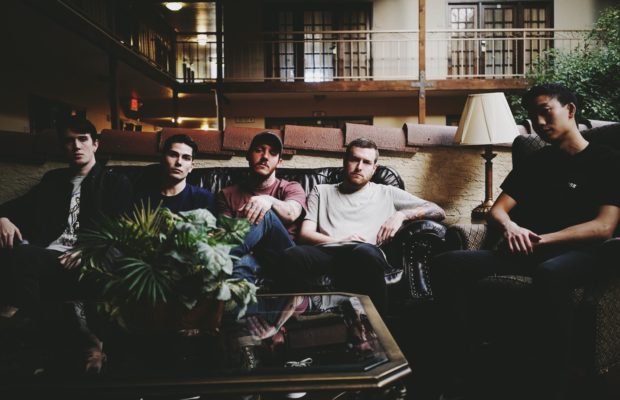 Originating from Hamilton, Ontario, melodic-hardcore band Counterparts announced recently that their new album You’re Not You Anymore will be released on September 22, 2017 through New Damage Records. This is their fifth studio album since 2010, and is available for pre-order here. There are bundles with two different shirts, as well as having the option to pair with a pink or clear vinyl album, or with a CD version. If you don’t want a t-shirt, the album is also available to buy alone as a black vinyl or a CD.

The new video for “Bouquet”—the second track off the new album—was also simultaneously released. It’s a high-energy video featuring concert and travel footage. Lurking through YouTube comments, it’s noted that the song is full of references to old songs as well. It’s sure to get fans hyped up for the album release!

Counterparts’ most recent two albums have been praised from Rock Sound and Exclaim! magazines—and we’re sure that You’re Not You Anymore will follow. Counterparts vocalist Brendan Murphy describes the new album as being a “perfect blend of every record we’ve released prior.” The band will be on Vans Warped Tour this summer, if anyone is fortunate enough to make the trip from Canada down to the States to check it out!