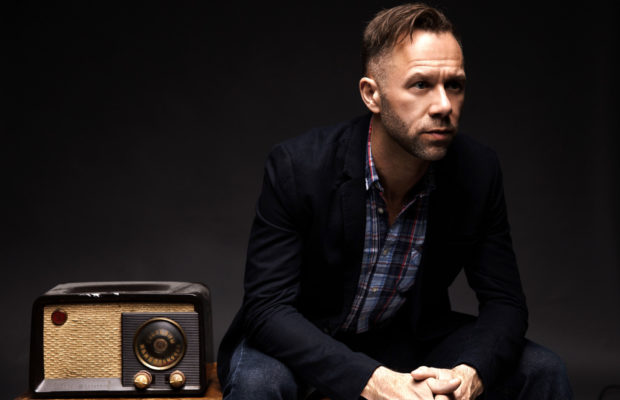 “Beauty In The Grey”, one of the hard-hitting tracks from Jeffery Straker’s latest album, Dirt Road Confessional, is making waves with its brand-new music video. Upbeat, downhome, and wholly individual, we caught up with Straker on the perks of filming, the meaning behind the concept, and his future plans for 2017.

First of all, congratulations on the release of Dirt Road Confessional. How would you describe the recording process this time around?

It was pretty exciting.  I used 5 different producers and they each brought their own folk-roots spin to my sound.  They had the words “folk-roots” as a guidepost but brought their own flavor, and it worked out well, providing some sweet sonic variety to the album yet staying within the overall vision.

Now, the focus is on “Beauty In The Grey” today. Out of all the tracks on this album, why did you choose to make a video for this one? Was it an easy decision?

I thought that this song had an interesting story built into it by way of the lyrics.  It’s a song about being a touring musician and being away from home so much.  But it’s about how I find the ‘unknown’ in each day on the road, really wonderful.  If you can appreciate the notion of “unknown” it’s really great.  Thriving on surprise so to speak.  That felt to me like it would be a good theme for a video to grow from.

As an artist, how much say did you have in the music video? How did the finished product differ from the original concept?

I sat in a brain storm session with the 2 directors really early in the process to come up with the concept.   Between our 3 brains the concept emerged.  After that, the execution of the production was up to them.  They take ownership from there out.

Like the song, the video for “Beauty In The Grey” is an earthy, seemingly very personal tribute to your own career as a musician (in both the lyrics and in the visual emphasis on your piano). Is this a fair observation, or would you say that the video has a different focus?

Yes it is.  The idea of a traveling singer-pianist is different than a singer-guitar player.  Usually you take along a digital piano but in this video to emphasize what I do, I’m traveling with a real piano.  Visually it works well in the context of the video I think.  The juxtaposition of this big acoustic instrument against the outdoor prairie is really eye-catching I think.  I LOVE old acoustic upright pianos too so it felt right in that way too.

As this is a very close-to-home, very down to earth video, were the actors in it paid extras or were they friends and acquaintances of yours? Either way, can you describe the palpable enthusiasm that is clear to anyone watching, and how that was while filming?

The cast is a mix of friends, as well as many people who answered a casting call on social media and via CBC radio.  They were so excited to be in the video that the excitement you see is pretty real.  When the day got late and it got pretty cold (in the evening) the director had to pump up the excitement a bit – it’s actually really tiring to be on a set all day long.  They did a fantastic job in spit of the long long hours.  Even with rain in our last shots!!  (#troopers)

What, in your opinion, was the most memorable part of filming?

I loved the space we found with the bend in the river that I go look at as I’m driving – “seeking beauty in the grey” so to speak.  I was blown away by the stark beauty of that location.  I want to go back and spend a few hours by that river.  It was such a discovery.  I did love the party scene too – by the barn.  It was genuinely really fun.

Can you tell us if you have any more music videos lined up for later in 2017? If so, do you have any premeditated concepts for them?

There is one in the can for my song “Boom Boom”  I don’t want to reveal too many secrets about it – buuuuuuuuu—-t – it’s set in a photo booth in a mall!

Following up, in the wake of Dirt Road Confessional, what upcoming performances of yours can you tell us about?

I have a long run of shows including a great benefit show for mental health in North Battleford SK (June 16), a show with Lethbridge Pride in Alberta (June 19),  & Ottawa (June 23).   June 24 I play the Junction Solstice Festival in Toronto and then June 28 is my Hugh’s Room Toronto CD release.  Tell your friends! Haha.  Hamilton is July 5 and then 2 dates in PEI fall on July 8 & 9.  There are many many more shows including the Calgary Folk Fest in late July, crossing BC in August as well as Europe dates in late August & early September.