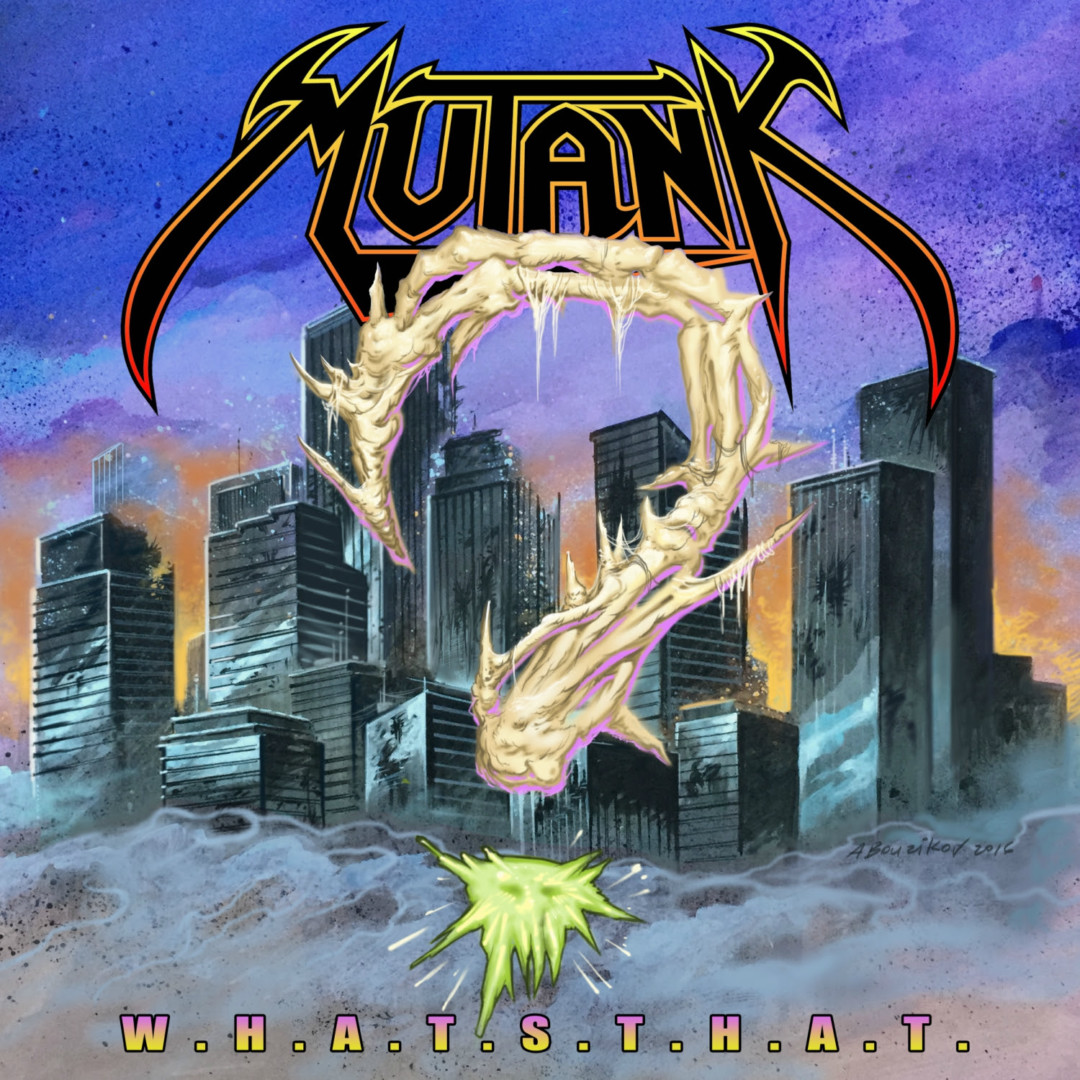 Mutank is heading out on their first cross Canada tour in support of their new EP W.H.A.T.S.T.H.A.T due out June 16th. Mutank had gotten creative with each song on the album, by coming up acronyms to fit the title of the album, they describe their sound as a “T-rex skateboarding down a volcano”. If your a fan of old school Overkill, Megadeath or Exodus or if you just want a fast and thrash album check it out bellow.

The first Single “P.O.P.U.L.O.U.S (Price Of Progress: Ugly Little Organisms Undermining Society)”. Which can be heard here brings out the fusion of trash and old speed metal. Like much of the album this song comes in at 1:39, bringing the ripping guitars and even faster drums. This song sets both the tone of the album and that Mutank isn’t a band to be reckoned with.

“F.O.G (Frailty of Genius)”, though falls more on the speed metal side of the musical spectrum. The song is going to leave your neck sore from the guaranteed head banging. Fast, fun and in your face metal.

“D.E.A.T.H. (Divine Evaluation Awaits Thee Human)” is the longest track on the EP at 3:50. It was also one of the songs the lyrically seemed to be the strongest. If you have been to one or a million shows, have worked or just enjoyed the performances. This one speaks to everyone. The opening starts off with a nice pure instrumental to get you pumped up. That is until the vocals hit with “To all the fans who rush the front – To anyone stand in the back scrutinizing – To anyone who listens at home – Or on your way to work, or school….” to the lyrics “To the metal press who work for less – To show promoters, venue owners – Light and sound controllers  ….. Music trends never end”. It could be the acronym or the slower fade out of the song, but this album is definitely not the death of the band.

Check the entire album out and catch the boys on tour with Annihilator.