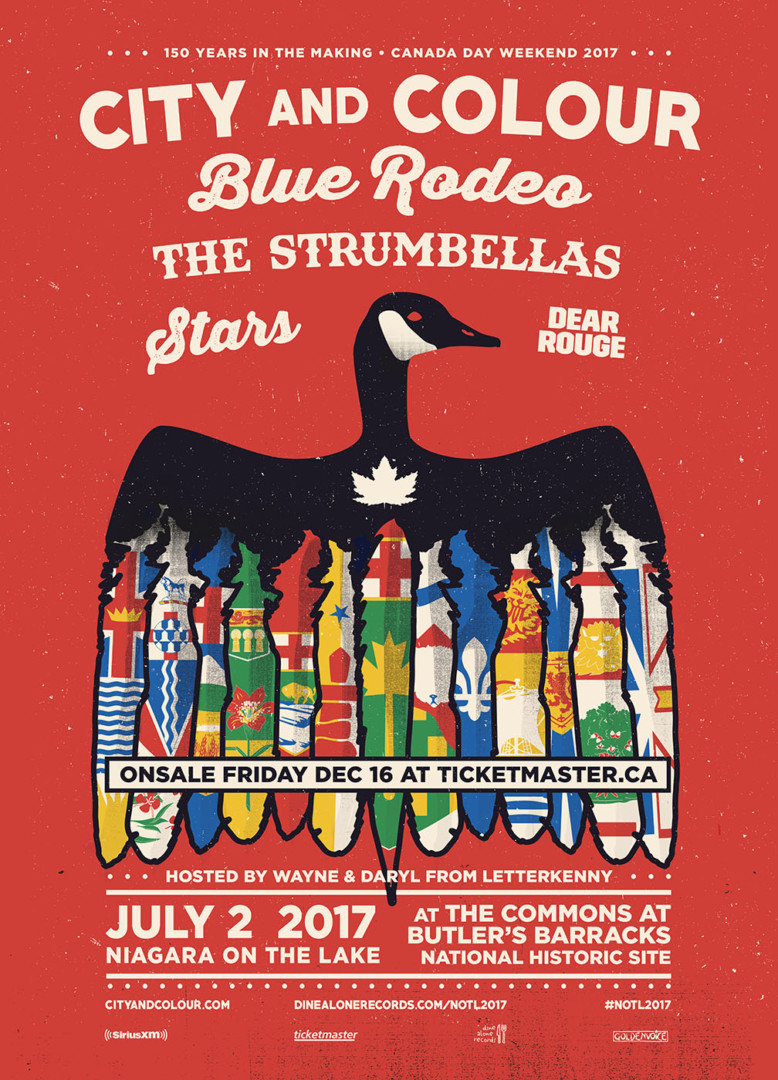 During Canada Day weekend, Niagara-On-The-Lake will be home to a live show featuring an all-Canadian line-up to celebrate Canada 150. It takes place Sunday July 2nd, beginning at 4pm, at The Commons over Butler’s Barracks National Historic Site. The show is presented by Dine Alone Records and City and Colour—the record label being founded in nearby St. Catharines, and Dallas Green of City and Colour being from there as well. Gates are open at 2pm.

The show will feature 5 names in Canadian music…Dear Rouge —Vancouver electric rock band; Stars —indie pop band from Toronto; The Strumbellas —rock band formed in Toronto; Blue Rodeo —iconic Canadian country rock band from Toronto; and City and Colour —folk acoustic singer-songwriter Dallas Green, also of post-hardcore band Alexisonfire. This lineup is a great celebration of Canadian music, and it should definitely be checked out if you live in the area!

General admission tickets are $69.50 and are still available on Ticketmaster, and children 12 and under are free to attend! As well as the music, there will also be a variety of food trucks featuring Mexican, vegetarian options, pizza, ice cream and more! For updates and information on the event, visit Dine Alone Records.