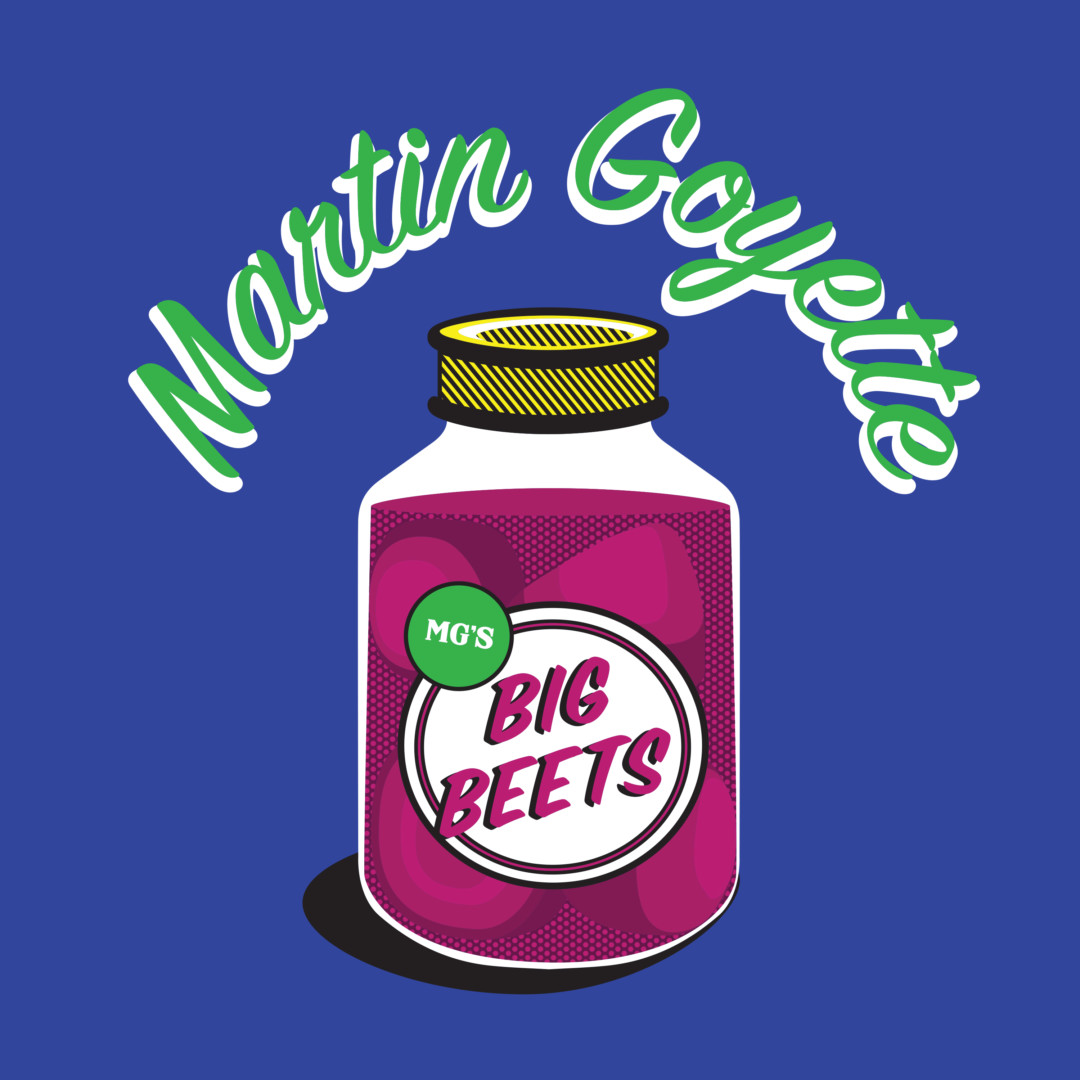 Quebec has some awesome talent coming out of that province for the fans of blues music. Martin Goyette comes at us with a hard blues album called Big Beets. As always there is a ton of superb harmonica action and of course, those deep whiskey drinking vocals that every Blues fan has come to know from Martin.

I loved every track on this album, but here are a few of my top picks:

“Unwind” is a true nighttime back alley bar song for those late night scene blues fans. Some deep bass and a howl in his voice captures your attention immediately. So sit back, listen and unwind  with Martin Goyette on this track.

“Rolling” has me thinking about a mixture of The Rolling Stones and The Doors, mixed with a kind of psychedelic funky blues that flows together. Hitting the speakers hard while singing about moving fast, no matter what’s trying to stop you. You gotta Keep on Rolling.

“Free Love” is a song about feeling lonely, but never ever wanting to be lonely. Always wondering where and when that love is going to come by. It’s all about professing that your love is the strongest love that anyone will ever feel, if they would just open up their arms and let you in.

“St John Morning Blues” is that good ole community song about grabbing your last bit of cash and putting feet to the ground after a hard night of partying with good friends and hitting up that liquor store all over again to live it up.

These tracks were my favourites out of the ten tracks on Big Beets. From touring in France with Bob Walsh to being a participant on “The Voice” to winning numerous awards in the worldwide blues scene, Martin Goyette is a very important part of the blues scene and if you like his music you need to follow him on his social media sites here: