Year Six in the Sticks: Arboretum 2017 brings summer vibes to the farm 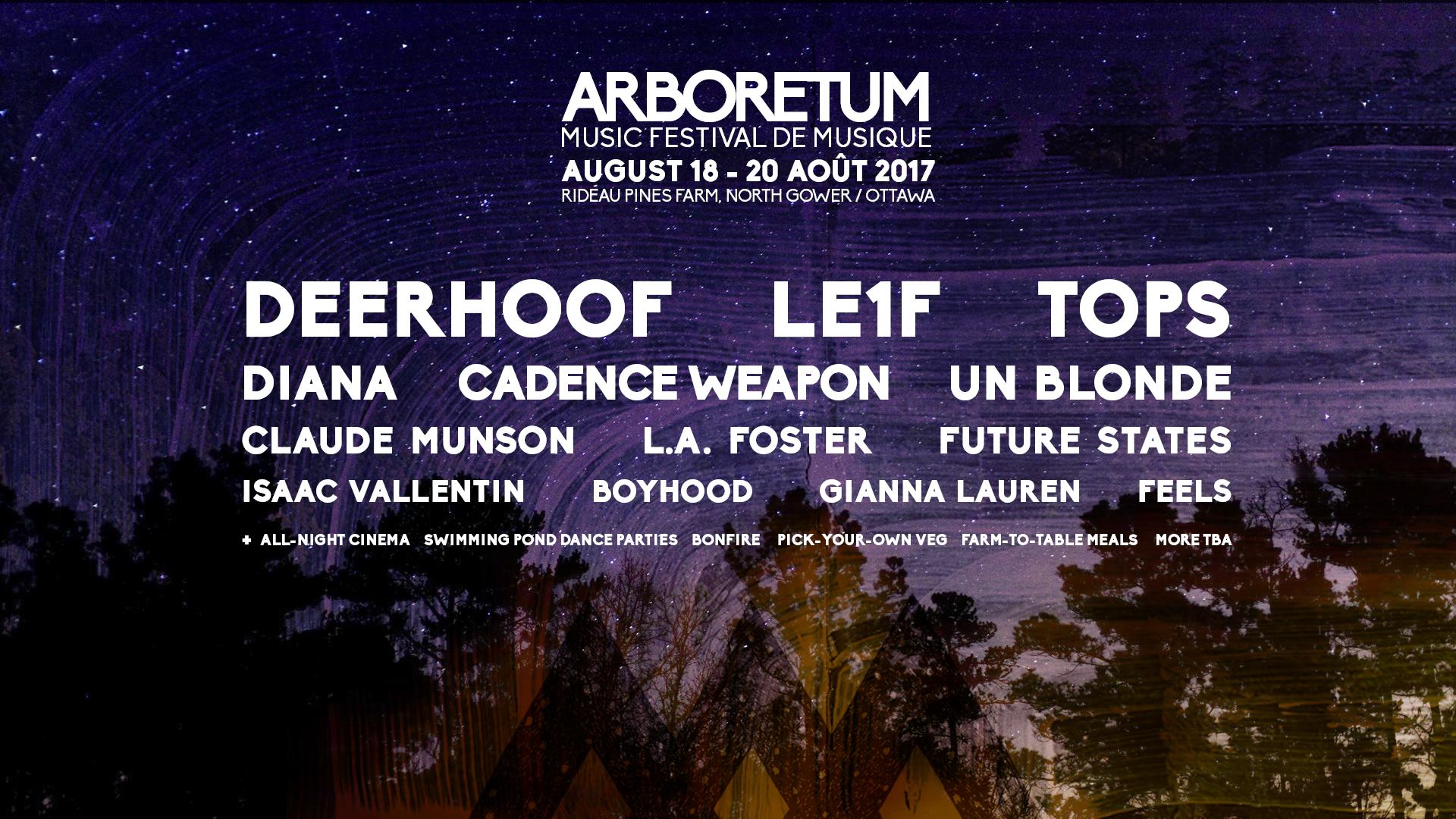 Ottawa’s Arboretum is changing locations in the most dramatic way possible.

In it’s sixth year, the August festival celebrating the Ottawa independent arts community with a splash of national and international flair will move shop from Ottawa City Hall to Rideau Pines Farm. Relocated in the community of North Gower, 30km south of its 2016 location,  the festival is set to offer barns shows, forrest dance parties, all night cinema and the opportunity for patrons to pick-their-own-food before returning home.

In addition to performers representing Ottawa and Gatineau, Arboretum is excited to offer an array of national and international legends to the National Capital Region. Here’s a rundown of the top four headlining acts and what they plan to bring to the farms of rural Ottawa.

Legends of art-rock for almost 25 years, San Francisco’s Deerhoof will bring their bright and loud rock to the new stages of rural Ottawa.

Trained as a dancer, and renowned producer of Das Racist, NYC’s Le1f is a pioneer of queer-rap that will bring a level of diversity treasured by Ottawa concert goers.

Edmonton’s former poet laureate and one of Canada’s favourite rappers, Cadence Weapon will  heat up the late-August atomsphere of the farm.

Hailing from Montreal, TOPS offers a bright, atmospheric experience that will go well with the laid back farm vibe of Rideau Pines.

Arboretum runs August 18 through to August 20.