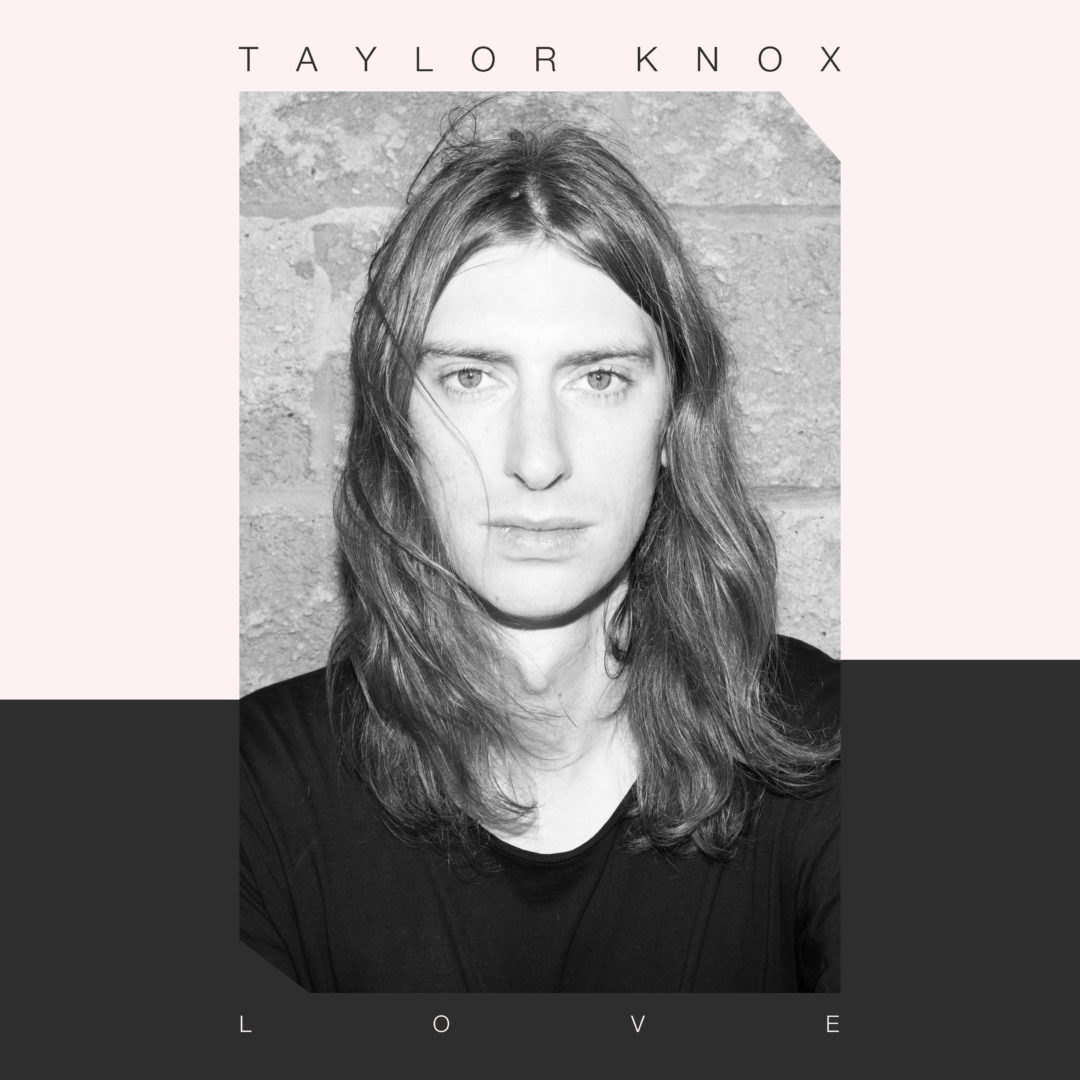 Toronto based indie rocker Taylor Knox has released his debut full length record, Love.  Following his 2015 debut EP, Lines, Knox looks to expand his song writing and unique style across the length of a full album, making this record a definite hit amongst the city’s hipsters and indie crowd.

Opening with “Wishing Well”, I was immediately, and pleasantly, surprised to hear thick, crunching, and fuzzy guitars leading the song in a rhythmic pulse as Knox emerges in a mellow and airy presence.  His soft voice is a great contrast to the distortion of the guitars and creates a unique push and pull between modern and retro.  Knox’s heavy use of guitars can be heard throughout the album, specifically on tracks like “The Stars”- which includes more crunchy chords, and a handful of funky lines- the dragging heaviness of “Love Love Love”, and The Beatles inspired “Sun”.  These are among the strongest tracks on Love– especially the hard hitting blues of “Love Love Love”- largely due to their ability to seamlessly blur the lines between genres to make a slight innovation to the style of indie rock and pop.

That being said, much of the rest of Love falls into line with much of the clichés and common trends of today’s indie rock and pop.  Songs like “Didn’t Even Try”, “Stay” and “It Will Always Be This Way”- a track which in the verses eerily (and potentially illegally) resembles John Lennon’s” Imagine”- fail to bring the same level of innovation that was discussed earlier and in comparison, these songs feel less exciting for not only the listener, but also Knox.   Not only does “It Will Always Be This Way” resemble Lennon’s “Imagine” in a way which may be too close for comfort, “Saturday”, specifically the verse and introduction (and the lead electric line in the introduction) are almost identical to “When You Were Mine” by Prince.  While this certainly weakens Knox’s writing credentials, Love is still a fairly strong album, and is certainly a cut above the work of most other up and coming artists of his style.

While Love shares some very impressive moments in which Knox blends classic rock elements with modern indie pop sensibilities, I cannot get past how close “It Will Always Be You” and “Saturday” resemble Lennon’s “Imagine” and Prince’s “When You Were Mine”.  Surely someone must have noticed, but regardless the respective artists deserve a writing credit, because the similarities are quite striking.  These two tracks aside, Love is a fun album which fits in with the modern indie scene and, at times, even challenges the lines of the genre.  If you are a fan of the style, Taylor Knox’s Love is bound to be a hit, but it does not reach its ambitions- or potential- of truly bridging a stylistic gap that certain songs hint at.