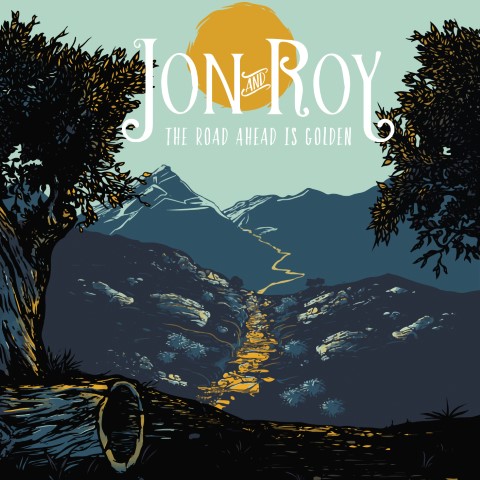 The Road Ahead Is Golden comes as yet another huge rush of momentum for Canada’s Jon and Roy. With a B.C tour looming on the summer horizon and more than fourteen tour dates scattered across Europe, the ten-track album delivers all the rich vocals and sly groove of their previous albums, making audiences an offer they absolutely can’t refuse.

Upbeat crooner “Runner” kicks off the track list. Atmospheric and languorous, the song sets up the band’s ambiance in one fell swoop—with an emphasis on the light-hearted, the union between the husky lead vocals and the airy strum of the acoustic guitar is evocative and easygoing, transporting the listener to sepia-toned summer flashbacks with an ease not dissimilar to band Milky Chance.

While the majority of the album clings close to that nostalgic summery vibe, mid-album “Silent Lou” offers a somber intermission: wistful, guitar-based, and purely instrumental, Jon and Roy once again prove their mastery of their craft by not only shaking up their sound, but by holding their listeners in the palm of their hand even when vocals are nonexistent.

Atmosphere-heavy, silk-smooth, and honey to the ears, Jon and Roy hit the mark with The Road Ahead Is Golden, and won’t be slowing down any time soon.