By Matthew Coyte on June 9, 2017@https://twitter.com/MatthewCoyte16 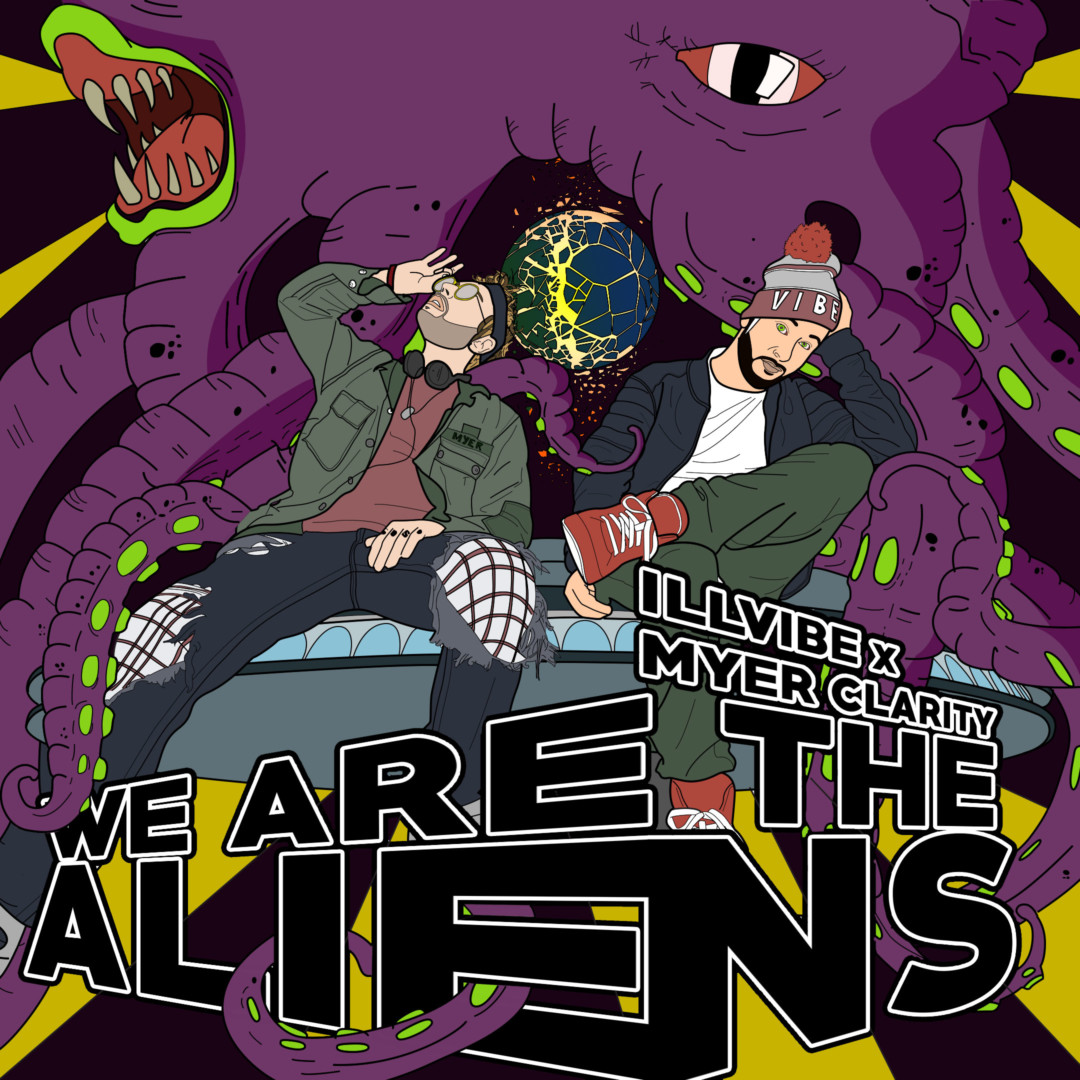 We Are The Aliens begins with a short intro as the title track. It explains the concept of the album as an ode to the weird, the bizarre, to those who don’t seem to fit in. The echoed, distorted vocals prepare the audience for the coming of the “Aliens”. The following tracks go on to show how great this unfamiliar can be.

iLLvibe returns to the hip-hop scene after a very short break from his 2016 project Firebreather with another impressive offering. This time, he is joined by producer and fellow rapper Myer Clarity. Both artists have managed to up their profile over the past couple years. iLLvibe was named as runner-up as Reader’s Choice Best Rapper by Drake in 2015. Clarity has been a mainstay in the College Hip-Hop scene, and has turned himself into a fan favorite of sorts over the past couple of years. His last album, “B.Y.O.B.” was a great college rap record, bringing us fantastic drinking songs, with lines like “I’m going to drink my whole life and reincarnate drunk.”.

Both have opened for big-ticket names such as Yelawolf and Wiz Khalifa. This joint effort manages to bring out the best of both. On “Firebreather”, especially with the singles off of that record, iLLvibe’s lyrics and flow both completely outclassed the production backing him. The addition of Clarity has fixed that, with each song full of tight, fun, vivid, and textured beats.

“What the f*** is being relevant?” asks iLLvibe on the track “Gullible”. This record is full of lyricism that expands past anything that iLLvibe has done in the past. It’s a real step forward, and is one that is possible because of the incredible production he is given to work with. Clarity’s presence is felt as a non-so subtle undertone throughout the entirety of the record. Clarity also benefits from having an elite lyricist to work with. This is a true joint effort. Both of these artists bring their best. Some of the songs seem to pay homage to the Canadian rappers that paved the way before them.

With the song “3rd Rock From the Sun”, the vocals seem to adopt a flow similar to that of Canadian rap legend Classified. The track is accompanied with a sunny chorus that radiates happiness and energy. It’s contagious, Clarity and iLLvibe bring this youthful breath of fresh air into a genre that too often takes itself too seriously, and forgets to just have fun.

“Aliens” pushes beyond the traditional hip-hop format, dabbling into the genres of pop, soul, and briefly, punk. Each song flows seamlessly into the next, breathing life into a colourful album. The range of topics covered, as well as the various musical styles conclude in a unique hip-hop record that is distinct, dynamic, and most impressively, different. The sound is unique enough to stand apart from the countless dreary, unmotivated records that have gained traction over the past couple years, while maintaining that same familiarity that invites anyone to listen.

We Are The Aliens is a solid progression for both iLLvibe and Clarity. From start to finish, the record captivates the ears of the listener and never lets go.