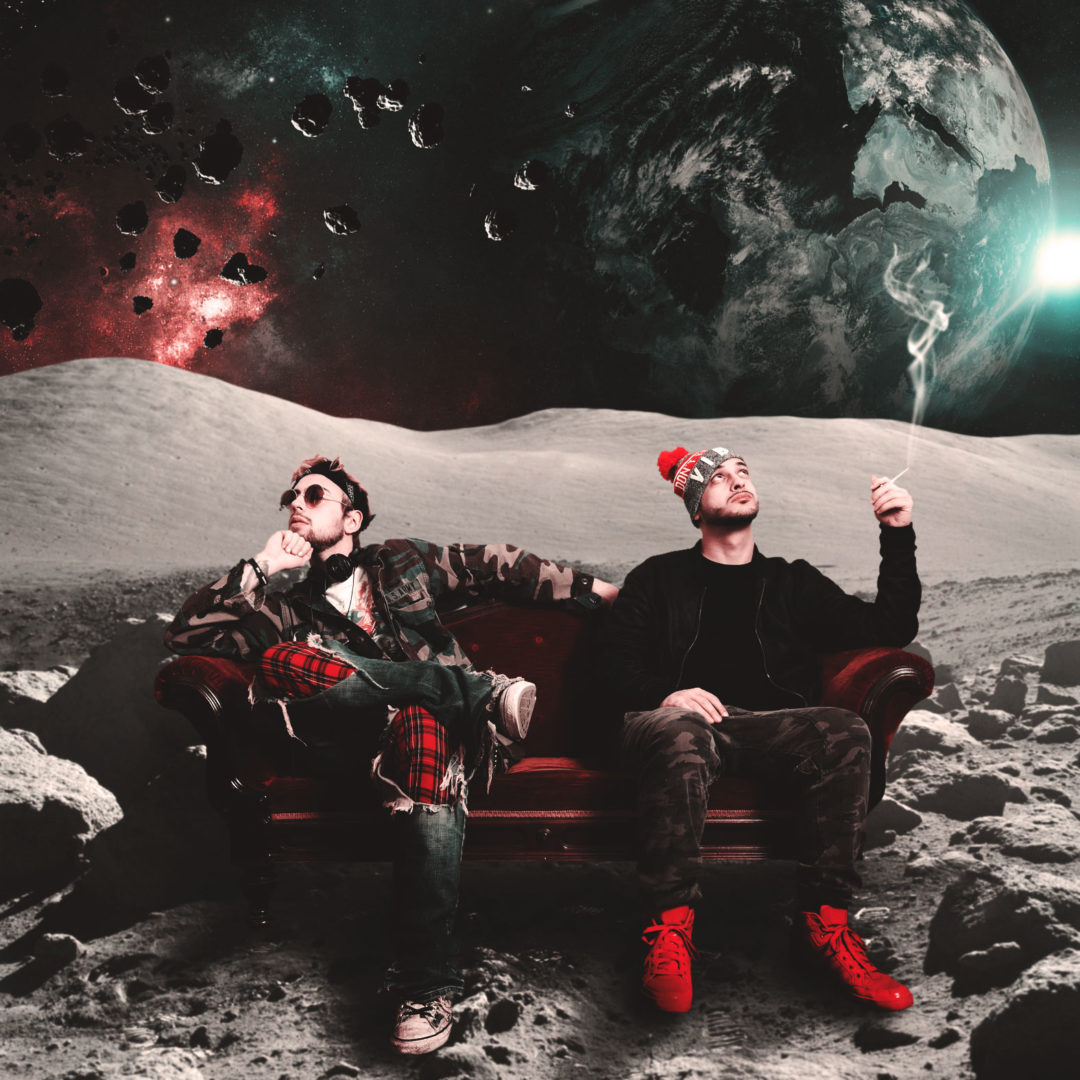 Hailed as one of Canada’s most talked-about hip-hop artists, iLLvibe has joined forces with renowned artist and producer Myer Clarity to unleash their genre-defying album, We Are The Aliens. Named runner-up to Drake for Reader’s Choice Best Rapper by the 2015 edition of NOW magazine, iLLvibe has shared the stage with big names like Chris Brown and Wiz Khalifa. Combined with Myer Clarity—whose latest album, B.Y.O.B, ranked as #9 on the US College Hip-Hop Charts—the two have crafted a 13-track album that will thrill both club-goers and casual listeners this summer. iLLvibe took the time below to fill us at Canadian Beats in on the recording process, juicy tidbits about the upcoming album, and future tour dates.

First of all, congratulations on the completion of We Are The Aliens. What was the recording process like for this album? What was the experience of recording with Myer Clarity like vs. recording solo?

Myer is one of the most talented in-studio artists/producers I’ve ever worked with.  He’s super hands on and has 100 cool ideas for every song.  He’s also great at co-writing; he occasionally would help me vet my verses for extra unnecessary words helping me to improve the flow and delivery.  The other thing with Myer is his production style matches the song ideas in my mind.  Big and dramatic and cinematic.  So often, production lacks that extra POW-BANG-BOOM to really bridge into that epic territory.  Not with Myer.

How did combining forces with Myer Clarity come to be? Whose idea was that originally?

Myer actually produced 1 song on my #1 Charting album Firebreather – a song called “Ride Out”.  And the song, despite not being a focus/single, really resonated with people.  I received so much positive feedback on the song that we ended up producing a music video for it because there was so much love for it.  Simultaneously, Myer and I have been touring over the last few years and I have seen his growth as a songwriter and producer from good to great to holy shit what’s going on here.

I had the idea to do a fun science-fiction themed album with a new sound, and Myer took that and RAN with it.

With the collaboration, how did the writing process differ? Do you think that the album came out stronger than it would have with just one mind behind it?

We approached the material from a few perspectives.  Three of the songs were conceived and written by me based on ideas I had for the project early on.  My personal favorite of these is “Boombox” the album’s closing cut.  Then later I brought the ideas to Myer and he helped me flesh them out and realize them to their full potential.  Most of the records came from sessions with he and I producing and writing together.  Coming up with sounds we liked and letting it evolve into something cool.  Writing hooks together and finding out who’s voice it suited best.  These types of collaborative writing sessions produced some of the strongest songs on the album.  Lastly, Myer brought one of his babies he had been developing for some time to the table with a hit called “Accelerated” – reminiscent of Outkast, we both felt it was the perfect cherry on top of an Alien Ice Cream Sundae.

How would you say the album changed from its conception to the finished product?

In the beginning, I had intended to bring now outside features onto the project.  I wanted to give it a self-contained awesomeness where everything was produced and built from scratch.  However as time went on, we found a few opportunities to bring in some amazingly talented artist friends to appear on 2 records.  Crooner/Rapper Dean Risko out of Los Angeles appears alongside myself on “Come Too Far” for a really great Soul/Hip Hop cut and NY rapping icon Skyzoo appears on “Legends” one of the only true rap records on the album.

What’s something you learned from the making of this album that you’ll carry with you in your music career?

I’ve really begun developing my Neo-Blues sound, part rapping, part singing.  I had the opportunity to flex that on a few of these songs and really felt it coming together.  I’m enjoying singing on records more than ever!

Also, Myer taught me a TON about song structure and building larger and longer records that go somewhere.  My songs have always been a single thing that runs through it’s theme and I think I’ve done that effectively, but on this album we’ve got a few songs that evolve while you’re listening to it over 5-6 minutes.  It’s really something special.

Now, We Are The Aliens is a rollercoaster of hip-hop, rap, pop, and punk, with a lyrical focus on anti-materialism, among other topics (such as making it as a musician)— what would you say is the common idea that stretches throughout the 13 tracks? What would you say ties it all together?

I think the overarching theme to the record is being outsiders.  Myer and I both feel like we often look in at pop culture a little bit with a “WTF” attitude and we people watch almost as if we’re observing members of an entirely different species.  So we used this record to talk about that a little bit.  “Gullible” really touches on this concept.  We also just had fun with it.  Songs like “The Plug” and “UFO” are just us playing with the concept of mashing together cliché Hip Hop with Science Fiction characters.

And what would you like your audience to take away from this album? Personally, my favourite track was U.F.O, but there is truly something for everyone on We Are The Aliens; as one of the minds behind it, what is the one thing that you’d like the album to impart on its listeners?

Since all the tracks have such variety, which would you say speaks to you the most? Whether that be on a personal level, or just purely rhythm-wise.

For me personally the 2 records that really land for me are “Boombox” a Neo-Bluesy cut that takes you on a journey through many different sounds and “Accelerated” a fun and dancey song that compares love to driving at break-neck speeds.

Finally, what can audiences expect from you both this summer?

Myer and Illy are touring Europe for the release of the album!  Netherlands, France, Spain even a stop in Luxembourg.  For videos, there’s already a fun video shot in the Hollywood Hills w/ Dean Risko for “Come Too Far” as well as an animated music video for “Down To Earth” as a fun and different visual.

Related Itemship hopillVibeMyer ClarityProducerStrut EntertainmentWe Are The Aliens
← Previous Story The Ottawa Music Scene: An Interview with Steve Marriner of MonkeyJunk
Next Story → Inside The Music – Michael Hollett