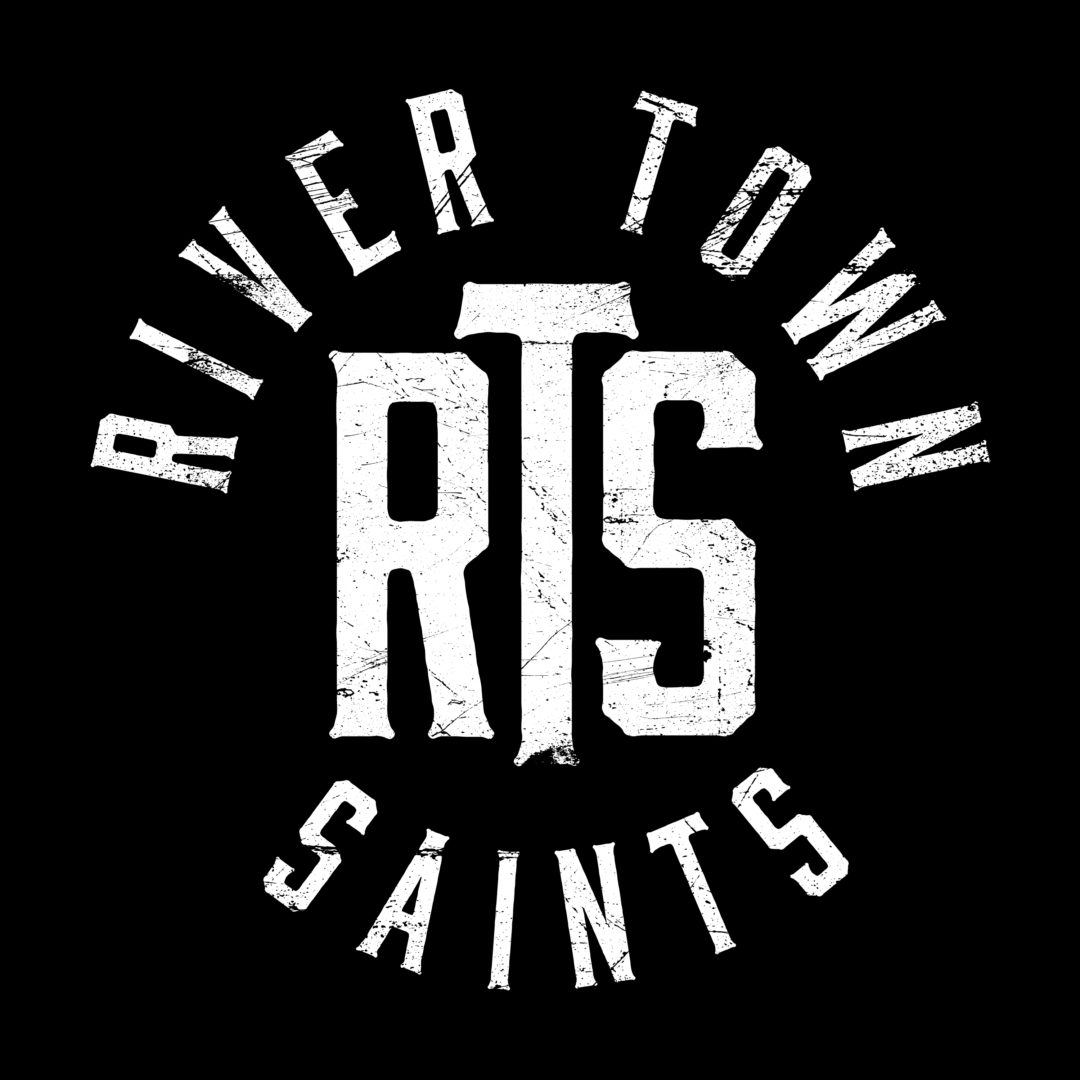 It’s June 9, 2017 and today is going to feel like Christmas for River Town Saints fans. The band’s debut self-titled album will finally be released! Many of us at Canadian Beats are fans and have been following their career for the past few years. For me, my introduction to them was at the 2015 Spencerville Stampede. As soon as I saw them on stage, I knew they were something special.

The album consists of nine tracks produced by Chad Carlson, David “Dwave” Thomson, Gavin Slate and RTS’s own Jeremy Bortot. Most of the tunes are totally upbeat and makes it hard to sit still. Only three have a more laid back tone; an acoustic version of “A Little Bit Goes A Long Way” that I can almost picture them singing around a campfire….Or should I say “Bonfire”; “I Hope You’re Driving” – about driving in anticipation to meet up with a love interest, and; their current single just released to radio June 7th, “Woke Up Like This”. I smell another hit on this one! This tune is co-written by lead singer Chris Labelle, along with Gavin Slate and Travis “T Buck” Wood. It’s an incredibly catchy, uplifting song that will have fans pressing ‘repeat’ constantly and reflecting on their own memories. It is inspired by finding love at first sight at a party – and just how quickly things can progress when it’s the perfect fit. “This song is about spending the night with a girl you just met at a bar – but this is no one-night stand. In this scenario, it’s about wanting to get to know her, dancing with her, laughing with her, talking to her. When you wake up in the morning it’s obvious she’s special and you can see a future with her,” says Labelle.

The album contains the band’s previous Top 10 Country Radio hits “A Little Bit Goes A Long Way”, “Cherry Bomb” and “Bonfire”. For those of you who have recently seen them on tour, you may now be familiar with “Friday Night” and “Hungover It”; high energy tunes that keep the party going! Honestly, there isn’t a song on this album that couldn’t be a radio hit, given the chance. Yes, it’s THAT good!

River Town Saints hail from Ottawa and are comprised of five friends Chris Labelle, Chris McComb, Jeremy Bortot, Jordan Potvin and Daniel DiGiacomo. Their first single, “A Little Bit Goes a Long Way” landed them on many “Artists to Watch Lists” for 2016, and they have since reached more than 1 million streams of their singles on Spotify. Was that prediction ever right – since then, the band has been nominated for the CCMA Award for Rising Star of the Year and they are currently up for five CMAO Awards to be held in London, Ontario on June 11th.

The group recently thrived while out on tour opening for country legend Kip Moore and Tim Hicks. The summer will be busy as they prepare for performances at Red River Ex (MB), Trackside Music Festival (ON), Lucknow’s Music in the Fields (ON) and more.