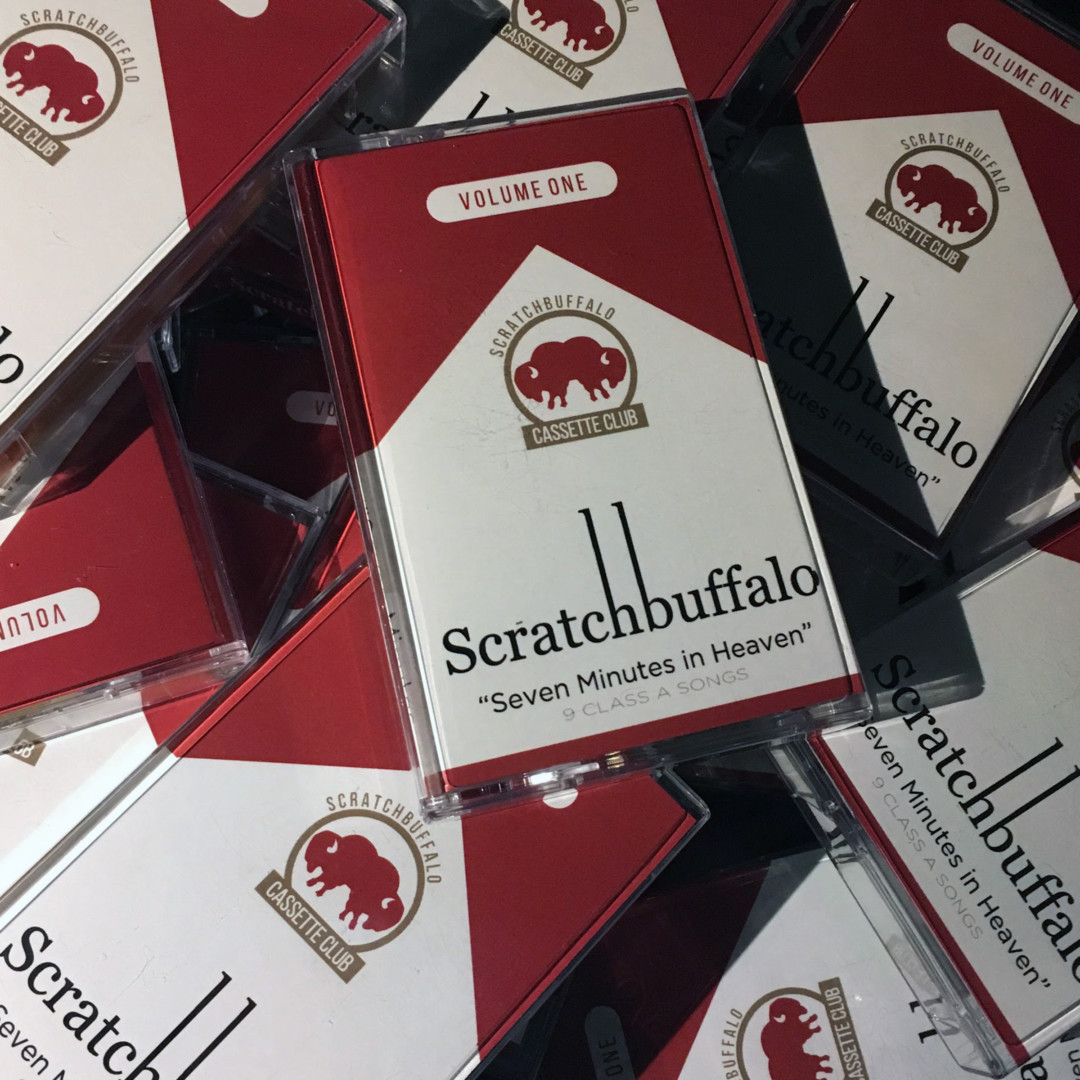 Seven Minutes In Heaven is the second EP release for indie bluesy-rock band, Scratch Buffalo.  The aptly named album reflects the length of the first three songs, coming in just under seven minutes.  The EP will be available digitally but serious fans will also want to check out the super-limited cassette of Seven Minutes In Heaven which features six other songs not available on the digital release.  The cassette is being released as Volume 1 in their cassette series.

The digital EP includes three songs with equally groovy guitar riffs and dance-worthy beats that pay tribute to both classic rock and modern indie rock music.  However, this is most evident in the opening song, “Back To Me”, which mixes the upbeat sounds of “Satisfaction” from The Rolling Stones with hints of Canadian rockers, Sloan.

Scratch Buffalo is currently booking their first western Canadian tour and we suspect it will most likely include a stop in their home of Calgary!  Stay tuned to their social media for tour information as it become available!