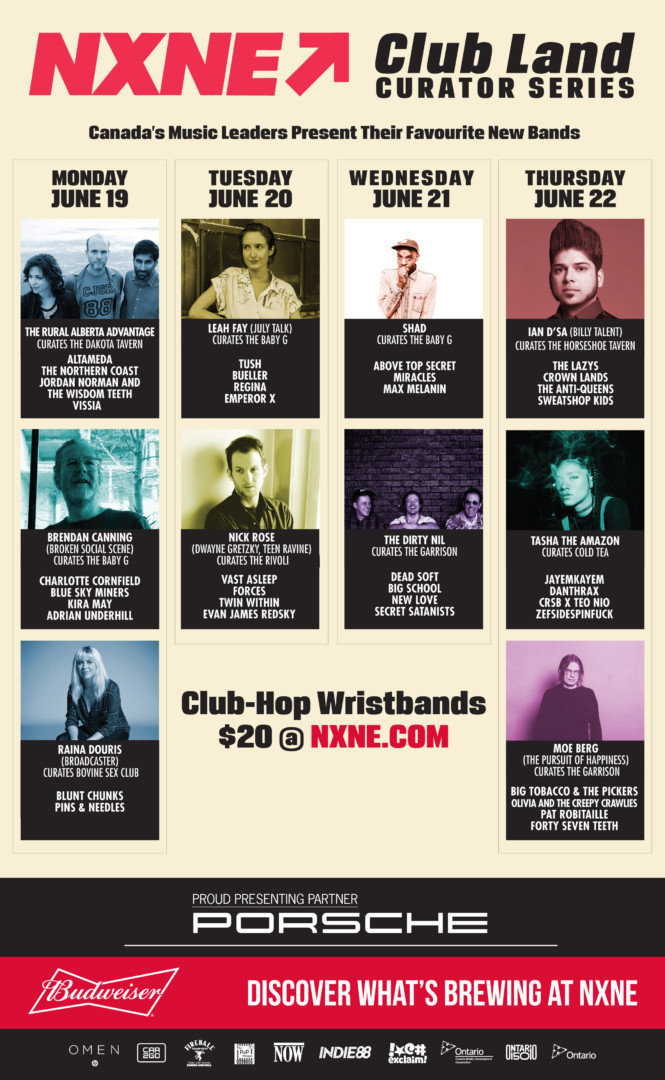 Blunt Chunks, Blue Sky Miners, The Anti-Queens, and Olivia and the Creepy Crawlies are some of the performers playing the series, which will take over venues across Toronto from June 19-22 during NXNE.

Club Land wristbands are on sale now for $20.00 at nxne.com, and can be purchased in-person at all Club Land shows. See the full schedule below.

In addition to the Club Land curated series, Toronto favourites Hey! DW, DJ Betti Ford, and #ENTERTAINMENT have been announced as support for the NXNE Launch Party June 19 at The Phoenix Concert Theatre.