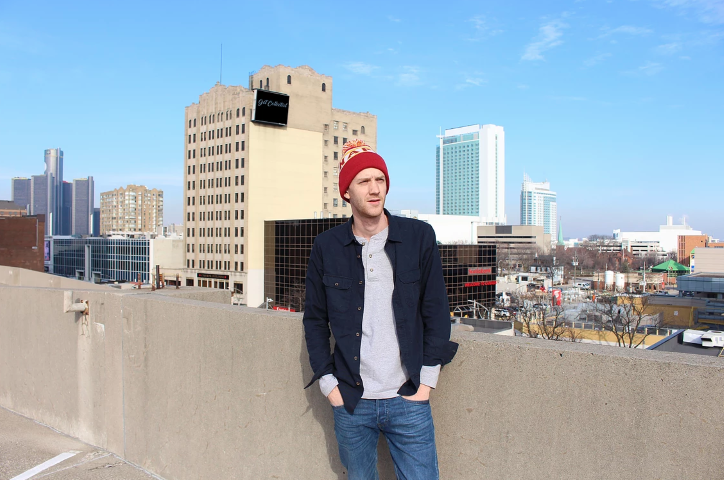 Windsor, ON based indie soul artist, Soul Brother Mike has released his album, Learn To Vibe on May 5, 2017. The album is his first solo release in eight years. He has toured across Canada, the US and Europe, and has recorded a dozen albums as the frontman-songwriter for indie rockers, Michou, on top of being the bassist-songwriter behind the soul group, The Walkervilles. Soul Brother Mike certainly has a lot going on, and we were glad to chat with him on this segment of Five Questions With! Enjoy!

Hello readers! My name is Michael Paul, but I go by Soul Brother Mike. I’m a 28 year old Soul singer-songwriter and an active student of music; I’m always trying to grow and develop my skills. I’ve had quite an adventure in the music business over the past decade in different bands, and have gained a ton of experience. Currently I’m an independent solo artist, and enjoying setting my own pace and working on my own terms, and I just released my first solo album “Learn To Vibe” on May 5th, 2017.

Currently I’m writing in a variety of genres. I consider myself a Soul singer first, but I also love Jazz, Blues, RnB, Hawaiian music, and rhythms from around the world. Most of my influences come from the UK or the United States. I write, arrange and perform most or all parts of my music including the bass, drums, guitars, keyboards, horns/strings, etc. My songs are also typically short and concise.

I have lots of upcoming shows. I typically perform solo but on June 10thI’ll be hosting an album release party at Villains Beastro in Windsor from 7pm – 10pm and will be playing with a full band that night. That band includes: Kelly Hoppe, Keith Wilkinson, Taylor Unis, Brendan Scott Friel and Crissi Cochrane. My live shows are earthy and include obscure Jazz, Soul, Blues and Hawaiian Folk cover songs. (Sam Cooke, Johnny Taylor, Bobby “Blue” Bland, Lewis Taylor, etc.). All dates are posted at soulbrothermike.com/dates

If I were to suggest one song of mine to listen to it would be “No Love Tomorrow” which is the first single from my newest album. It’s a groovy, short RnB song with a lot of soul. I love the lyrics as well, which focus on giving and getting love today: loving in the present. I also love the line “sun like she say”, as it’s a female personification of the sun: giver of all life.

If I could recommend one other Canadian artist it would be my wife: Crissi Cochrane. Before she ever showed any interest in me, I was a gigantic fan of hers. She has a pure soul, and the desire to craft meaningful songs like few others I’ve met in this country. She is also, stylistically, the most similar to me. Not many artists in Canada are crafting original earthy Jazz/Soul songs with lyrics the way she or I have been. Listen to “Sleep in the Wild”.