The Wooden Sky releases video for “Swimming in Strange Waters” 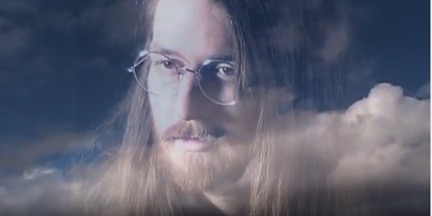 Toronto based alt-rock band, The Wooden Sky have just released a video for the title track from their new album, Swimming in Strange Waters, which is out now via Nevado Music. The video is directed by Jeff Bierk, and he took a moment to describe the process of making the video:

“I mostly work with still images, I guess you could say I’m a portraitist, and always with video, I’m drawn to the idea of a moving portrait. The other thing that I’m obsessed with is the sky and clouds – I’m someone who is always looking up in constant wonder. These were the two things that I wanted to bring together.”

“The foundation of this video is a very still frame, portraits, built up, layered, dancing with each other and with the sky – it’s very trippy when Gavin and Simon’s faces melt into each other, I think that’s my favourite part of the whole thing. That frame is then layered over top of a kind of chaotic, moving background, everything moves and morphs, all in an effort to match the different paces, and layers of the song “

The Wooden Sky are currently on tour and have upcoming dates in Toronto and Quebec. See full tour details below.