By Lucas England on June 5, 2017@https://twitter.com/the0ffrecord 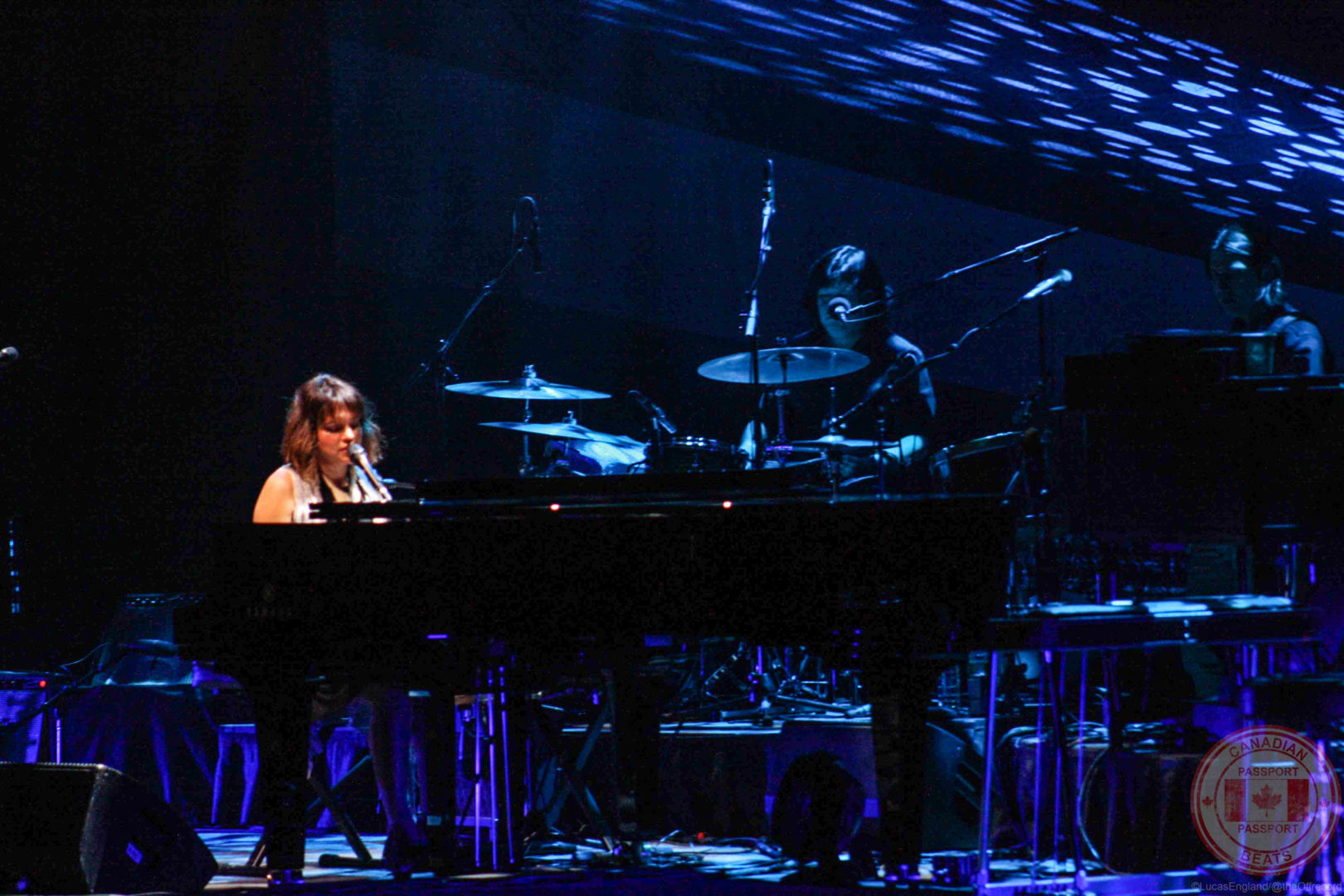 The moment she broke on to the scene, Norah Jones, has defied you to label her. From jazz to soul to blues to rock to country to folk to pop she has seamlessly swam from one genre to the next creating a sound that has both captured and captivated fans of all musical persuasions. This immense array of incomparable talent was on full display last Friday as, Jones, played to a packed house at Toronto’s legendary Massey Hall.

Kicking things off with a cover of, Leonard Cohen’s, Everybody Knows, Jones, had the eclectic mix of peoples that filled the great hall rapt from the onset. She then weaved her way into her own catalog of uniquely pensive songs, beginning with, “I’ve Got to See You Again”, off of her debut certified diamond LP, Come Away with Me to the delight of everyone.

From there, it was a constant wave of genre inconsistency as she found her way in and out of her studio releases as well as a few covers: which included, Neil Young’s, “Don’t Be Denied”; Danger Mouse & Daniele Luppi’s, “Black”; and some of her older Puss N’ Boots’ stuff as well. Despite the constant shakeup of sound, Jones perfectly orchestrated each song to the next; even when she swapped the keys for the strings of her red Fender.

Being an artist that almost demands you pay attention while she performs, Massey Hall was the perfect venue for this concert, as the cozy intimate old lady provided the outstanding acoustics needed for a show of this calibre. Jones seemed to be enjoying performing here as well, taking everything and everyone in, looking around conversing and jiving with the audience like the comfortable seasoned pro that she now is.

As the show came to end, between her double encore of hits, “Sunrise”, and, “Come Away With Me”, Ms. Jones, finally heard the tame gathering of concertgoers erupt into the raucous ovation she so richly deserved: as the crowd serenaded her and her band into the night. Fans that sat sombre with their arms crossed leapt from their seats to applaud and whistle as loud as they could making the shy Jones smile and depart the stage as humbly as she arrived.

Despite all of her success, accolades, and awards, Norah Jones continues to persevere and excel at her craft while consistently carving a path of her own. To that, I commend her and fully recommend you take in one of her performances the next chance you get. 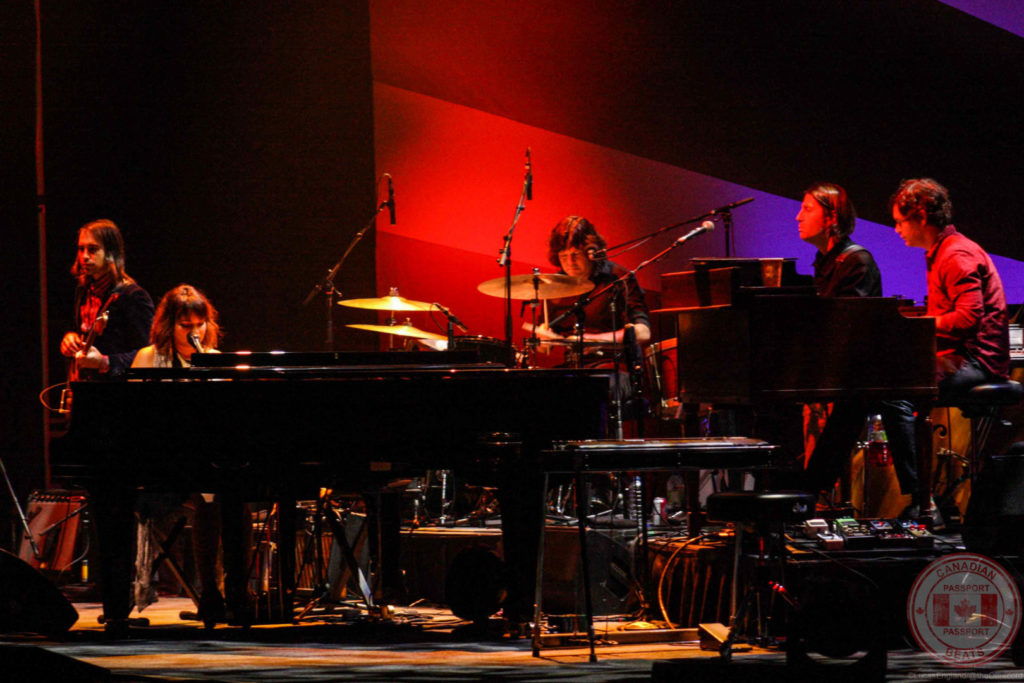 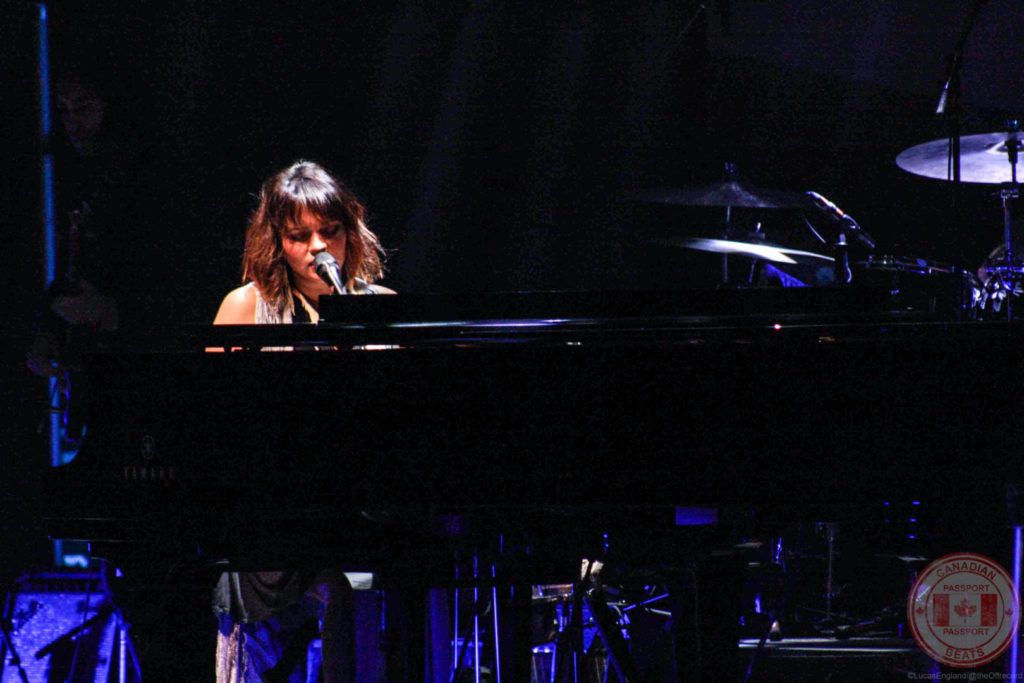 Lucas England is a freelance journalist, photographer, and writer based out of Toronto. When he’s not scouring the web for obscure tunes or covering a local show or festival you can find him volunteering or coaching with Special Olympics, being a foster dog owner, or possibly pursuing some random autodidactic endeavour that has piqued his interest. His music taste would best be described as pervasive – as it spans pretty much all genres. Basia Bulat, Timber Timbre, Que Rock and Black Pistol Fire are some of favourite local artists. To better understand his palate you can check out his blog theoffrecord.com and lose yourself in one of his playlists.