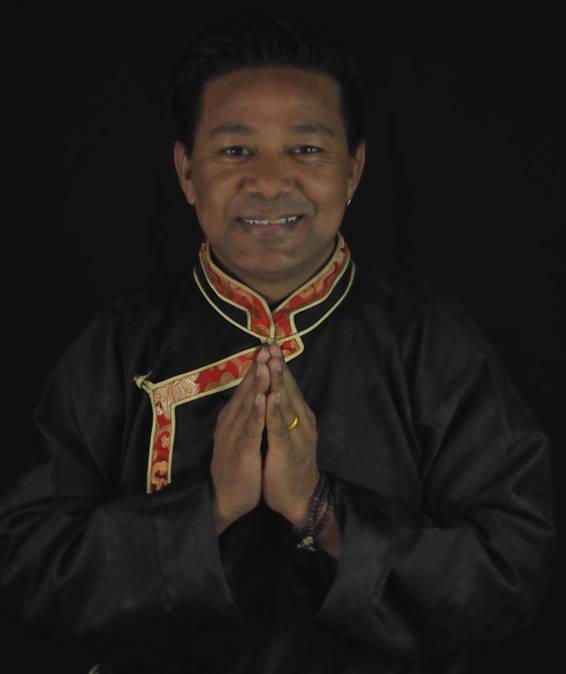 On June 6, 2017 as part of Lulaworld 2017, Dorjee Tsering will be performing at Lula Lounge in Toronto for his album release party for his new album, Thank You Canada. We were excited to get the opportunity to ask this singer/ multi-instrumentalist a few questions for Five Questions With! Enjoy, and be sure to stop by Lula Lounge on June 6 for his show, if you’re in the area.

My name is Dorjee Tsering. I am a Tibetan born in India. My parents fled Tibet when the Chinese invaded in 1959. I immigrated to Canada as a refugee in 2011. My children came in 2016. I am a single father.

I spent many years researching Tibetan folk music from all the regions of Tibet, large and small. I learned tunes from old folks and wrote them down. Now I like to record them, sometimes with traditional instruments and sometimes combined with other cultural influences. I love collaborating. I also like to write original songs, taking my tradition and moving it into the modern, multicultural world.

My band is playing at Lula Lounge Tuesday, June 6, 2017. Mostly I am playing dranyen (Tibetan lute) and singing. Also some wooden flute. My producer, Canadian Lou Natale has put a great band together for recording and playing live. They are very energetic and very experienced. There is fiddle, bass, drum kit, harmonica, keyboard, guitar and tabla (Indian hand drums). We do mainly songs from the new CD, plus I will play a traditional song or two by myself. I also want to teach the audience how to do a traditional Tibetan circle dance.  I want to share my culture with non-Tibetan Canadians. I think there will also be a lot of Tibetan Canadians at the show to share the fun. It’s a way of celebrating Canada’s 150th birthday.

That is a very hard question. Thank You Canada is a very important song to me.  It expresses my gratitude to Canada for all it has done for me as a refugee. We recorded it with a 30-piece orchestra, and it is the title song of the CD.  But I am also very proud of “Faraway” because it is a very simple and very beautiful original love song, and I sing a duet with the famous Canadian singer, Suba Sankaren.

I like So Long Seven. They will be playing at the Lula on the same night as my band. Also, The New Canadian Global Music Orchestra, David Woodhead’s Confabulation and The Paul Deslauriers Band with Anwar Khurshid.