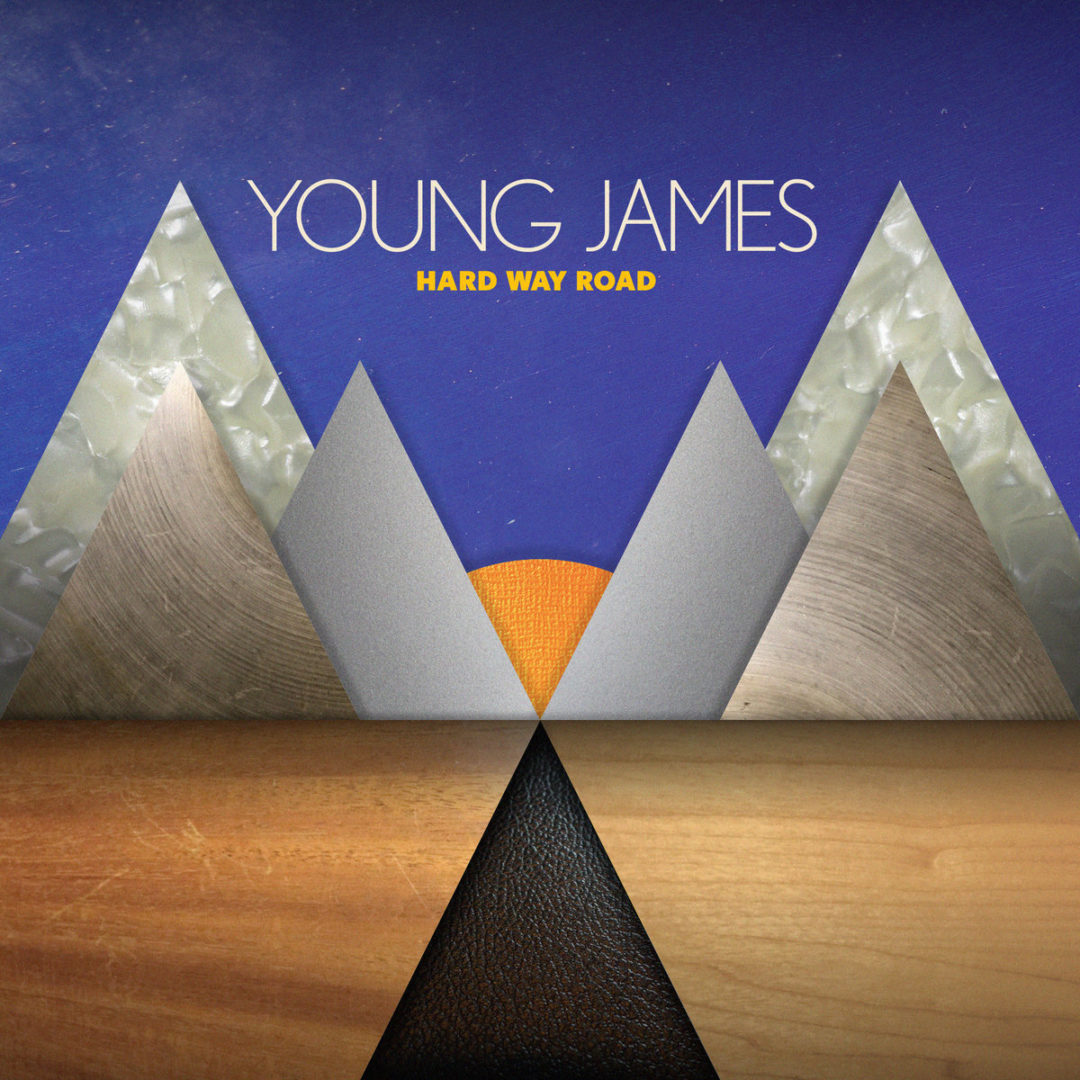 Saskatoon roots rock outfit, Young James have released Hard Way Road, their third release.  The duo, made up of T.C. Young and Davey James, recorded the follow up to 2012’s Cruel Times in their basement studio to make FINISH

The EP opens with “All Things Change” a bluesy and folk inspired rocker that features a driving instrumental pulse that is nicely contrasted by the long and flowing nature of the vocals which sound almost stretched out across the music.  It is a very cool juxtaposition between the rhythm section and the melody, both of which are moving at the same time, but at a very different pace.  “O Lost Soul” switches things up by switching vocalists to give a nice contrast between the two songs.  The album continues to switch vocalists, with the title track, “Hard Way Road” being sung by the first singer, and the very country “Michichi And Marengo” being sung by the second singer.  By flipping between singers, Young James are album to jump between vocal timbres that resemble indie rock and that which is more country and rock inspired to give their audience multiple different styles which shifts the tone of Hard Way Road into many directions; something which makes it stand out among most roots and indie rock records.

While “All Things Change” features a more hard hitting approach, especially from the instrumental section during the chorus and introduction, over the course of four tracks, Young James cover much ground.  The biggest contrast would be the nearly acoustic ballad, “Hard Way Road”.  Driven by a fingerpicked acoustic riff, the song builds up to include a clean electric guitar, different percussive elements, vocal harmonies, and eventually a gentle guitar solo; all the while the vocals share a highly folk influenced narrative.  While the folk element is present in all four songs on Hard Way Road, it is most apparent on the title track, as opposed to resting under the surface of the other tracks.  As briefly mentioned before, “Michichi And Marengo” is very country inspired, giving Young James the third element needed to be a true roots rock band.

Hard Way Road is a good album which put’s the song writing versatility of the duo of Young James at the forefront.  From rock and indie to country and folk, Hard Way Road is an EP which will appeal to many different audiences. What is most impressive is Young James’ ability to do justice to each of these styles rather than simple water them down or loosely tie them together.  It is this unique blend and blurring of stylistic lines that makes Hard Way Road such a solid release, one which could grow to become a milestone for the roots rock scene of the prairies.