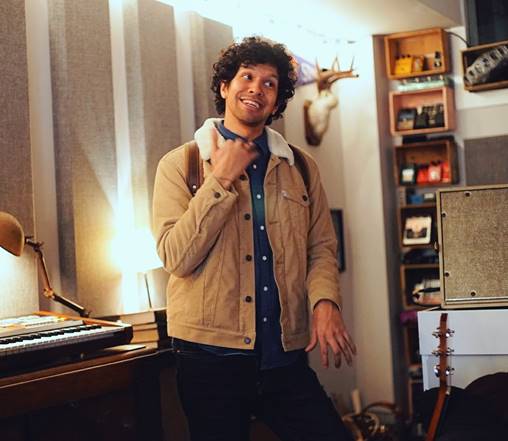 Prairie Cat is an indie pop group who is set to release a brand new album, Is Cary Pratt, on June 9, 2017. I had a chance to ask a few questions about the new album and how a vacation to Hawaii went in a different direction and inspired the first single “Leave A Note”.

First off, can you introduce yourself for the readers who may not be familiar with you and your music?

Hey guys! Cary here from Vancouver via Kelowna. I make my living hitting the drums and play in various Canadian acts, but love to write and record my own songs where my main focus centres on keys and vocals. I just made my fourth Prairie Cat record with long time producer, and all around great guy, Ryan Dahle (Limblifter, Mounties, Age of Electric). I try to keep my music humorous, percussive, and sonically interesting. I am influenced by classics like Randy Newman, but enjoy modern things as well. My main goal is to sound like myself.

It’s been three years since your last album, Who Knows Where to Begin?, how has your music changed since then?

Musically, being my fourth record, I am more comfortable all around. I found coming from my background as a drummer, I really wanted to escape the focus of the early albums from “drum-guy” stuff. I guess in a way I wanted people to hear I could arrange harmony and lyrics, so drums took a back seat. In the early years, words were tough and I was still finding my voice.

The new record is a cool/confident (seemingly) Cary. I am totally okay with the love/hate reaction to my singing, and at the very least I think I have my own sound. Drumming was a bigger focus on this record and Ryan and I really took the time to try different drum sounds, grooves and approaches to the tunes. The result is maybe a more upfront, unaffected vocal approach with drum focused grooves. Production wise, we really upped our game. This album sounds incredible and is a fun listen. There are some great sounds being made and we use the real gear. No electronic facsimiles here folks! Eventide, Cooper Time Cube, Plate-Reverb… if any of these words give you a special feeling in your pants, check out the album.

You’ve got a pretty interesting story on how the subject matter came to be for the new album, Is Cary Pratt. Can you tell us a little bit about what happened on your trip to Hawaii that led you to write this album?

I guess I had the “moment”; That time when you are really able to put things into perspective and make some life decisions. My partner and I had taken a long overdue vacation to Hawaii to re-energize. On our first day to the beach I came across a body floating in the water. It was surreal with the blinding sun and soft sand and people paddle boarding around as kids laughed and played by the ocean. It’s a tough image to shake on a week alone with your thoughts.

At the time, I was already mid-album and was whittling away slowly at work, record, life, writing. This was a wake-up call for me. I could be belly up on a beach, in ridiculous shorts, with strangers watching me turn blue before they headed back to the buffet with their families, forgetting all about me. I came back driven. I have never worked on music, recording and Prairie Cat this hard and focused before. It makes me happy. I do the things that make me happy a lot more now. “Leave a Note” was a natural first single as I had a video concept in mind for it that I thought might be a fun visual introduction to the album.

Prairie Cat doesn’t tour a lot. I find the road depressing in Canada, and I am hard on myself when the turnouts are less than expected. Nothing worse than contacting your old friend from grade three who has two kids and a mortgage, to ask if he’s coming to your show in Flin Flon. I enjoy playing with other people/bands and the energy of live performance, but nothing worse than a guy on piano singing his heart out. Having said that, I am excited about the new Prairie Cat live show. I am playing drums and singing as opposed to how I’ve toured in the past, with a full band. I am bringing the new show and album to Alberta with The Darcys, a few BC dates with Iceberg Ferg, and then out to Ontario to play a couple shows. All this June. Check out the internet for details. Hopefully the summer/fall will have some more in store because I am loving drumming right now.

Always. I’m actually keen to work with all the producers I play with in Mounties. Of course Ryan and I have a long and fun history producing together. I have done one Prairie Cat song with Steve Bays and Hawksley Workman and I have plans to write and record together as well. All those guys bring so much to the table and are so strong in many areas. I would be crazy not to glean what I can from them. I also have plans to work with some of Vancouver’s more mature generation of musical monsters. I had the pleasure of having Tom Keenlyside (Juno award winning sax player) track on this album. It inspired me to want to work with some of these musical giants from an era when session music was alive and well. There are some “real players” in our city that played on huge records. I love checking out what was happening in the 70s and 80s in Canadian music.

Who are some of your favourite Canadian acts?

If we’re sticking to bands from the last 10 years… I don’t know any, JK… however, all-time, would be Super Friendz, Zumpano, Flashing Lights, The Dears, Kathleen Edwards and Martin Tielli.