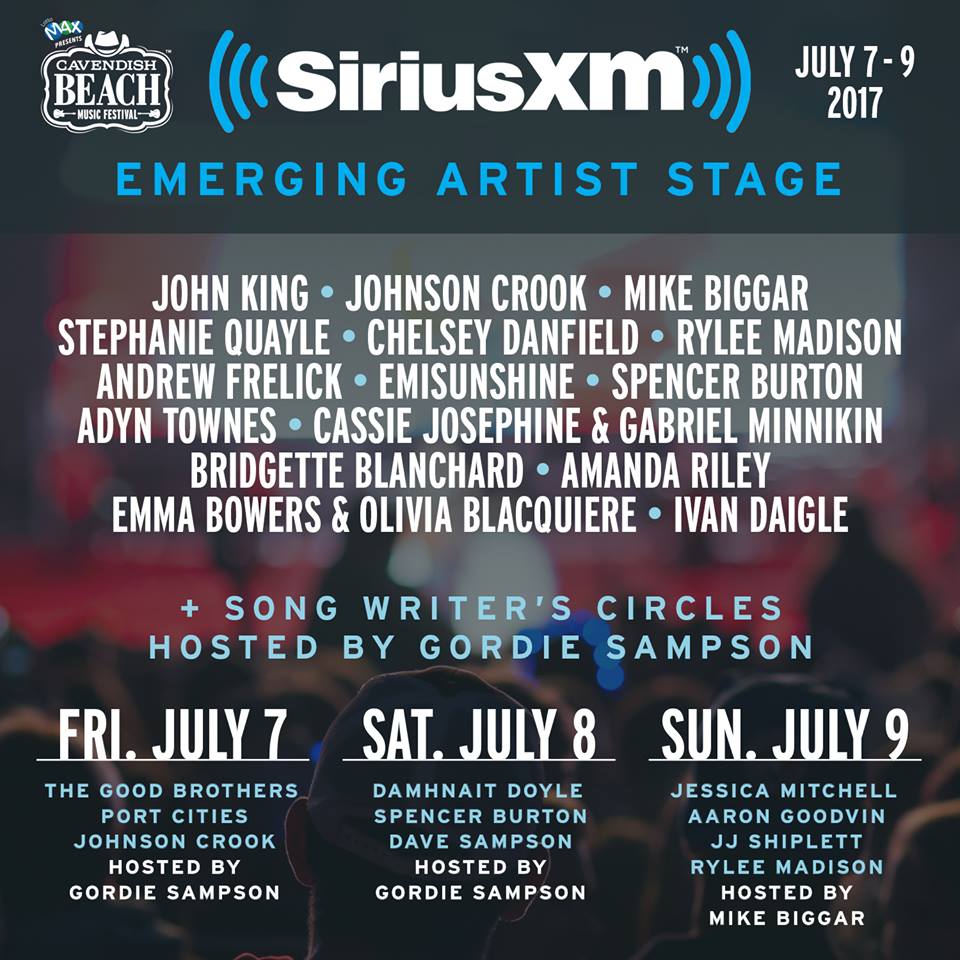 “We’re thrilled to have SiriusXM become a partner of the 2017 Cavendish Beach Music Festival. The Emerging Artist Stage is only getting more popular and we’re excited to have a wealth of local & national talent perform,” said Jeff Squires, President of Whitecap Entertainment, producers of the annual event. “With the help of our amazing sponsors, this year we’re able to support more Canadian musicians than we ever have before.”

On top of this amazing news, CBMF is also excited to announce the lineup for the Songwriters Circle taking place over the three-day festival. Gordie Sampson will host the circle on the SiriusXM Emerging Artists Stage on Friday, July 7 and Saturday, July 8 and the circle will include performances by The Good Brothers, Port Cities, Johnson Crook, Damnhait Doyle, Dave Sampson and Spencer Burton. The circle will be hosted by Mike Biggar on Sunday, July 9 and will feature performances by Mike Biggar, Jessica Mitchell, Aaron Goodvin, JJ Shiplett and Rylee Madison.