Home / Promos / Protosequence head out on “The Greasy BC Tour”

Protosequence head out on “The Greasy BC Tour” 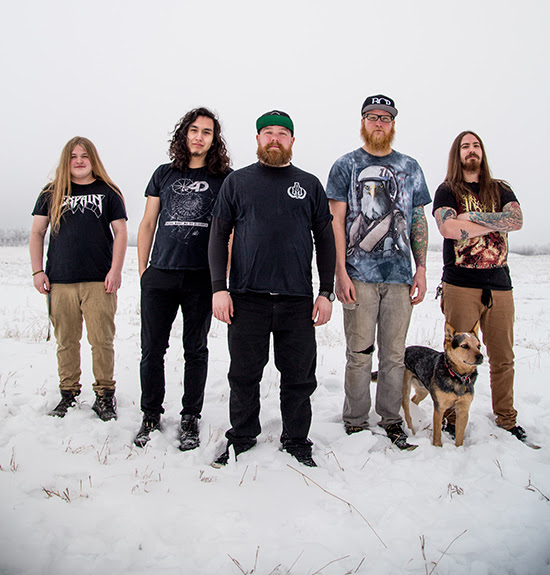 Protosequence from Edmonton AB, which features members from In The Midst of a Murder and Anubian, are about to hit the road for their “The Greasy BC Tour” in support of their release Schizophrene. Joining them will be Calgary hometown heroes’ Plaugebringer. Protosequence draws influence from bands such as August Burns Red, All Shall Parish and The Black Dahlia Murder. Bringing in gruff vocals, grinding drums with technical yet catchy djent riffs.

The tour will feature songs not only of the current album but as well as songs from the follow-up album for the first time. If their performances are anything like their album you are in for a treat. As each song is a story on it’s own the lyricism of the band paints a vivid image and leaves you with your own new personal experience with each song.

“This tour marks our return to beautiful British Columbia, and this time we come with friends! Our buddies in Plaguebringer are gonna be raging with us, so if we hit your town, come hang!  Let’s get greasy, liquor and cheeseburger style.”

If your a fan of August Burns Red, Devil Wears Prada and Killswitch Engaged. I highly recommend checking out Protosequence in a city near you. While you wait get hyped with a video from them.

Related ItemsAsher Media RelationsPlaguebringerProtosequenceSchizophreneThe Greasy BC Tour
← Previous Story Have you heard? 25 Québécois artists to check out! Part One
Next Story → Ruben Young releases single, “Running For You”