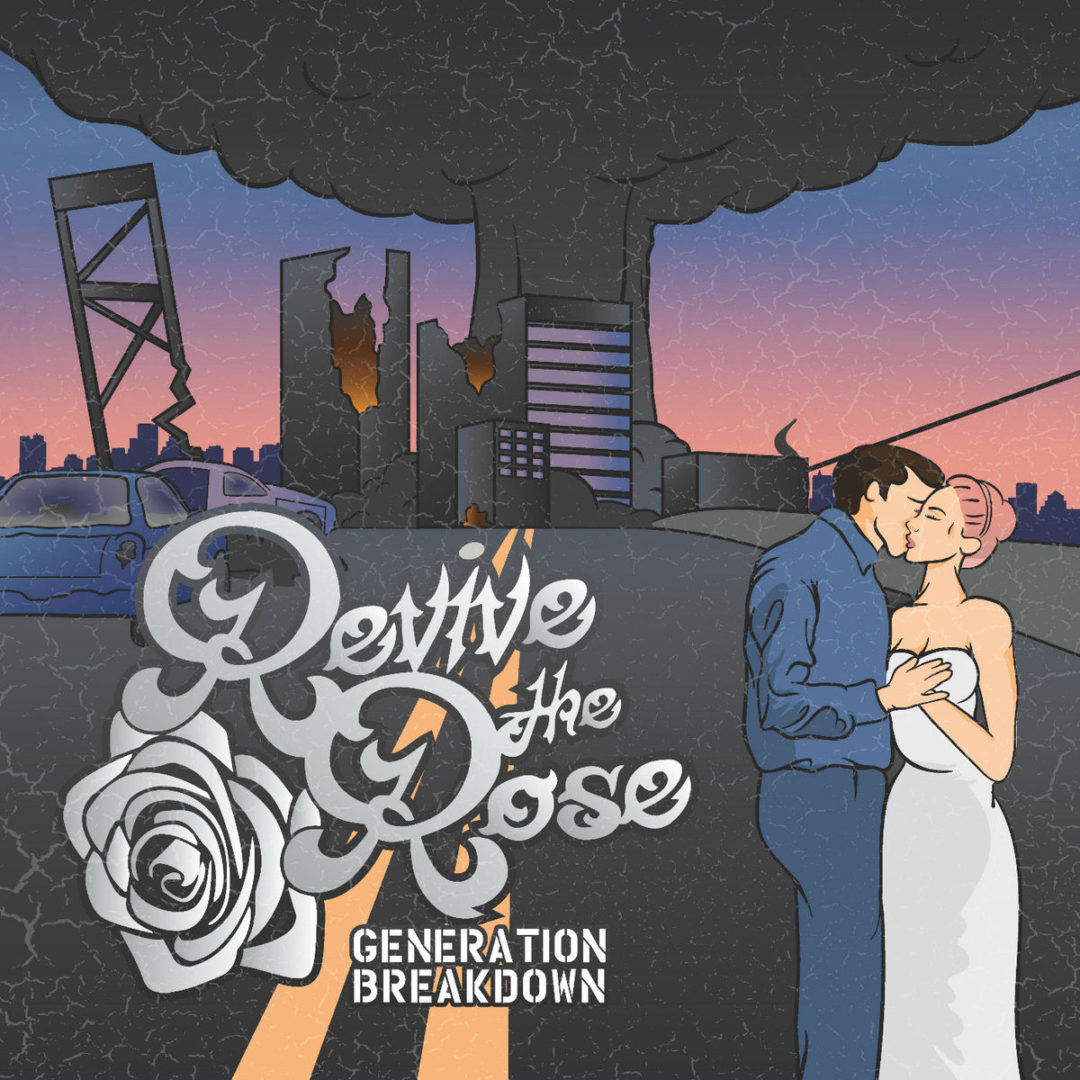 Welland, Ontario based rock band Revive The Rose is back with their third EP following their 2015 release of Potato.  Since then, frontman and songwriter Andrew Colonico had released his brilliant solo debut, Chapters, last year under the name Colonico.  Now back with his band, Revive The Rose are ready to make a strong statement with Generation Breakdown.

Opening with the slithering riff of “Bluff”, the album kicks off with a very strong start.  Immediately, I am reminded of how much frontman Colonico’s voice reminds me of that of a softer Dave Grohl, but with his band, they take on a bluesy-ier persona, reminiscent of modern blues rockers like Gary Clark Jr.  “Bluff” is a straight up rocker with a very creative riff which the song returns to and builds from to create a unique modern rock track, acting as a solid opener.  This however, is not the only avenue which Revive The Rose pursues across the five tracks Generation Breakdown offers.  The title track is takes inspiration from gritty punk bands to deliver an aggressive and angsty ode to life in our modern world.  The track demonstrates just how versatile Revive The Rose is and how they can successfully tackle both blues and punk rock in a manner that pays respect to the past while also refuses to fall into stagnant clichés.

“Nine To Five” is a very heavy track, instrumentally.  What stands out is that while the instrumental section is very much that of a hard rock song, Colonico’s vocals take a very smooth and melodic approach, save a few climatic screams.  This once again puts him in line with Grohl’s ability to create building vocal lines that can contrast with the instrumental section.  It is very rare to hear such juxtaposition between vocals and instruments done so well in an up-and-coming band.  Similarly, both “Bring Me Down” and “Rebound” are excellent rock songs that fit well among today’s modern rock scene.

Revive The Rose’s Generation Breakdown is an excellent rock record.  My only complaint is that it’s five songs leaves me wanting more; the EP had me hooked instantly.  This is a very unique album that exceeds the output of many modern rock bands and is a definite must hear for fans of the Foo Fighters.  The band is incredibly tight and the song writing showcases a sophisticated and mature approach that allows for each song to develop in a creative directions.  Generation Breakdown proves that Revive The Rose is a band to seriously watch out for this year!