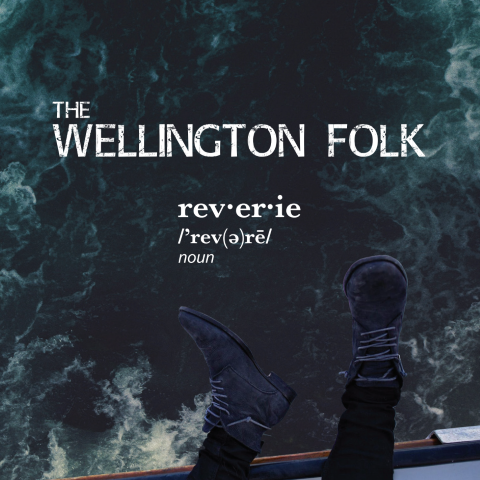 The six track release starts off with “Hey Lover” shows off the harmonies in the group and gives the listener a hint of what to expect for the remainder of the EP. “In Reverie”, the title track of the EP, is one of the best off of the EP in my opinion. It shows more of the harmonies the band portrays so well and highlights their skill of writing catchy lyrics. The closing track, “What Have We Done” is one of the more fast paced songs on the EP. It gives the listener a last taste of the talent of the band, leaving them wishing the EP was longer. Six songs are not enough to fully appreciate this band.

Overall, I was intrigued by ‘Reverie EP’. I had not previously heard of the Calgary band but The Wellington Folk have won me over with these songs. Their harmonies show just how well the five mesh together, something that only comes from being together for a number of years. Fans of the band are sure to enjoy that the five are back on the music scene, and fans of the genre would most likely enjoy this new release.