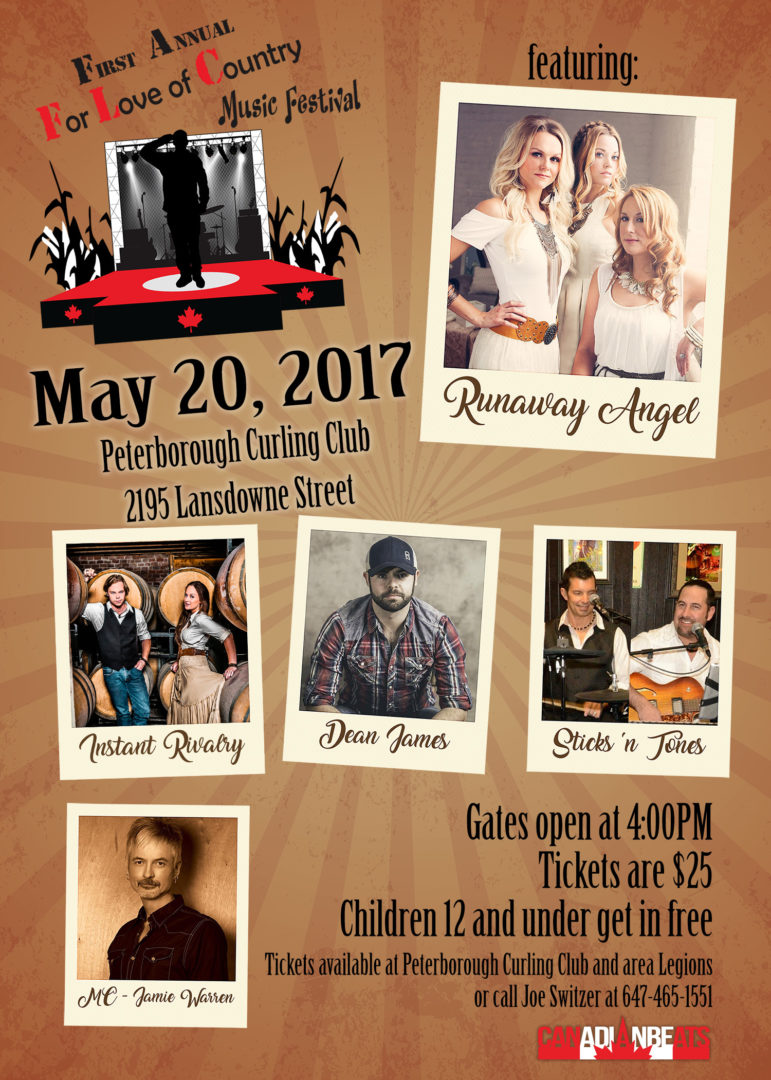 Last Saturday, May 20th, at the Peterborough Curling Club in Peterborough, Ontario, Country Music Fans gathered for the First Annual For Love of Country Music Festival. Proceeds for the one-day event benefited Produce for Veterans, a non-profit organization, founded by Lyndsay Robins in 2015, with the purpose of growing fresh fruits and vegetables to donate to local legions to help veterans and military families in need. Her husband, Joe Switzer, has been by her every step of the way. The organization has grown with support of other area farmers donating and when supplies are not enough, the couple make their way to the St. Lawrence Market in Toronto to purchase what is needed.

With the unstable weather this Spring, the festival was in luck to have one of the nicest days possible. The sun was shining and the temperature was just above 20 degrees. The late afternoon start had Peterborough’s own Dean James warm up the crowd. This artist is a walking jukebox! He can play just about anything requested, any genre, and mixes in a few of his own tunes. He had great local support from fans that relished the opportunity to catch him at his first festival of 2017. 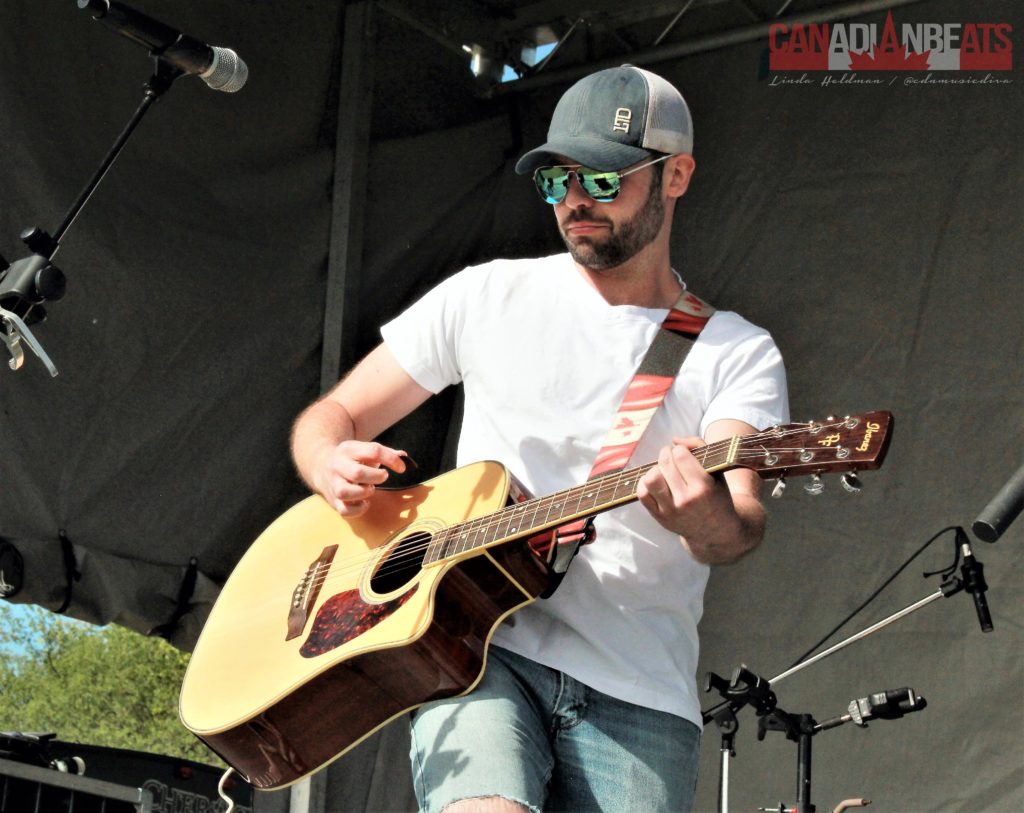 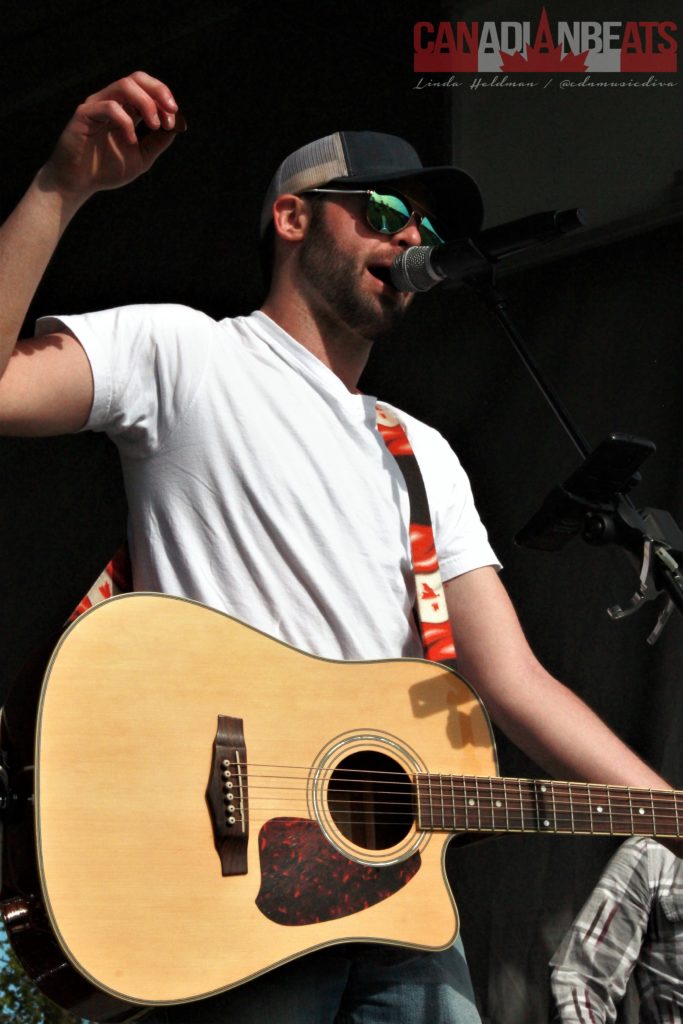 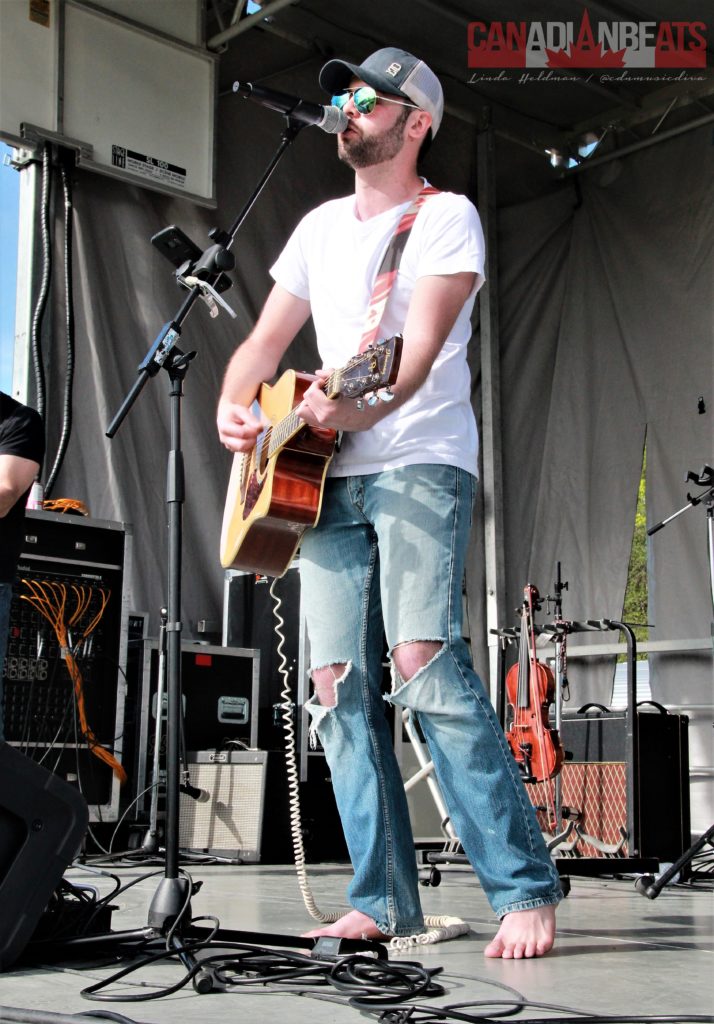 Up next, the brother and sister duo Instant Rivalry, from Prince Edward County took the stage. Megan and Caleb Hutton have an edgy Country sound that got many on their feet. It was easy to see why their following is growing. The hour long set flew by and ended with their popular song, “Hoedown”. 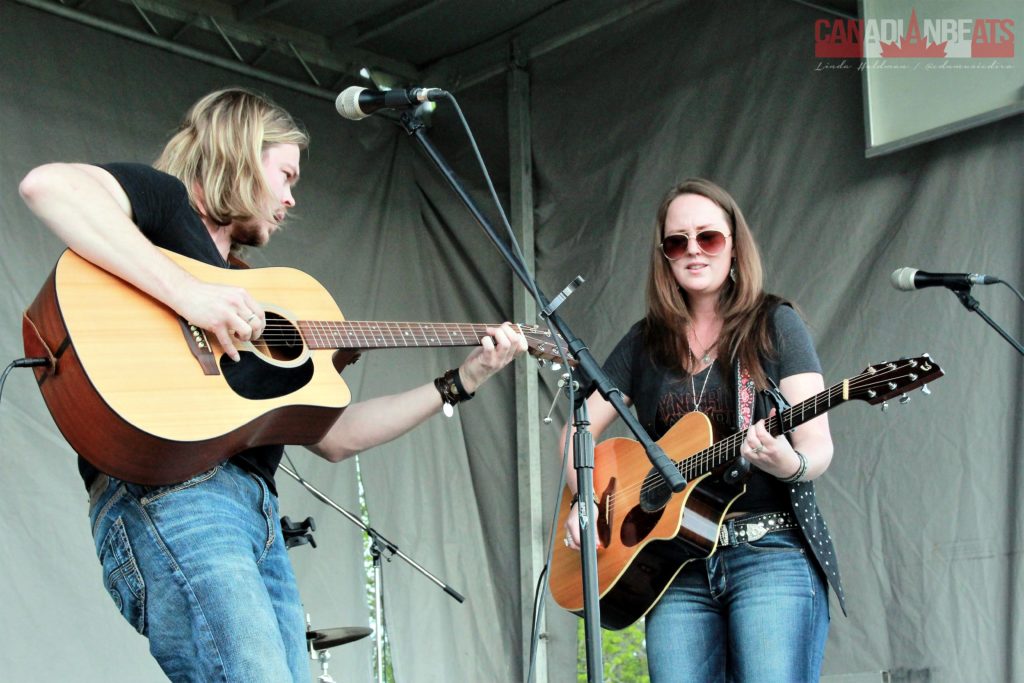 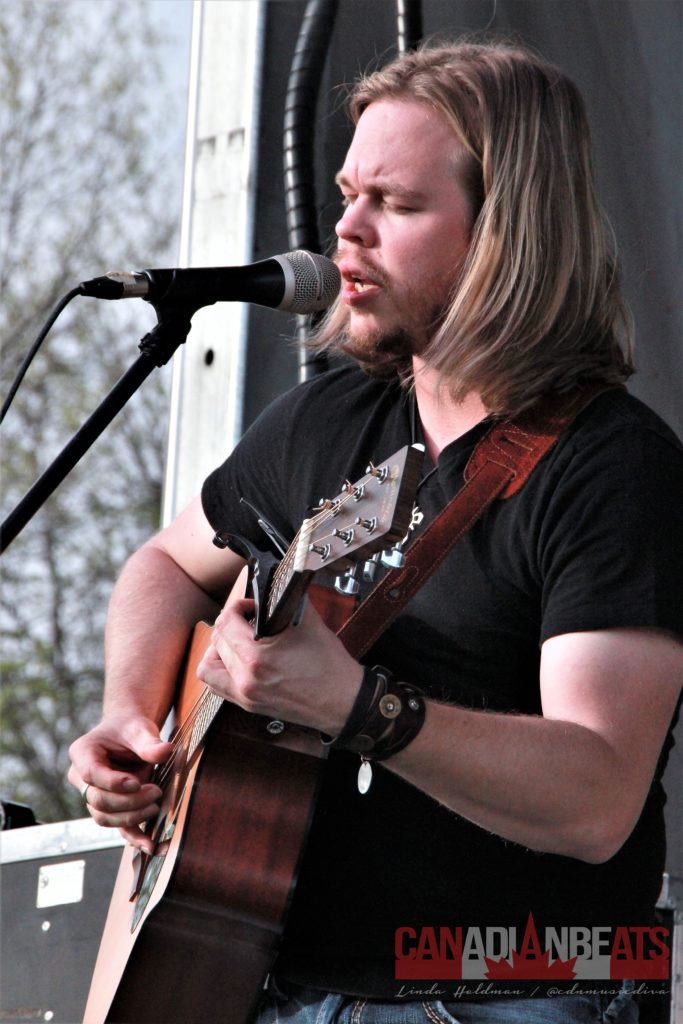 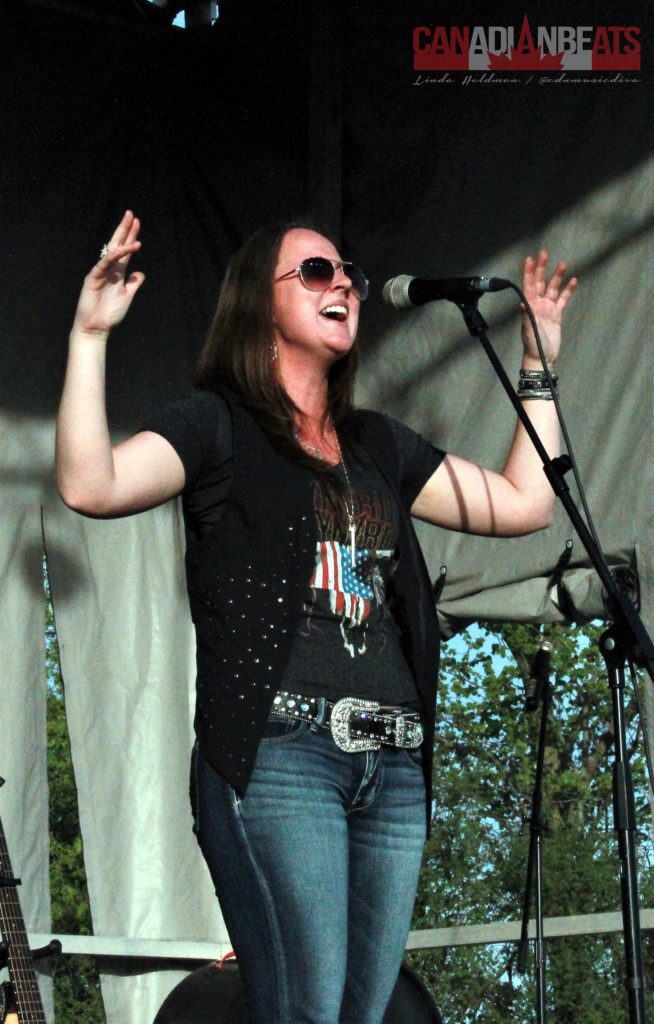 Sticks ‘n Tones, consisting of Marc Ekins on guitar, keys, harmonica and vocals and Neil Lafortune on drums, percussion and vocals, continued the momentum of the event with their own flavour of Roots music. The duo recently recorded a song called “Sunday Morning Sing-Along” which is turning into a show favourite everywhere they perform. It has an east coast Celtic sound that this audience really enjoyed! 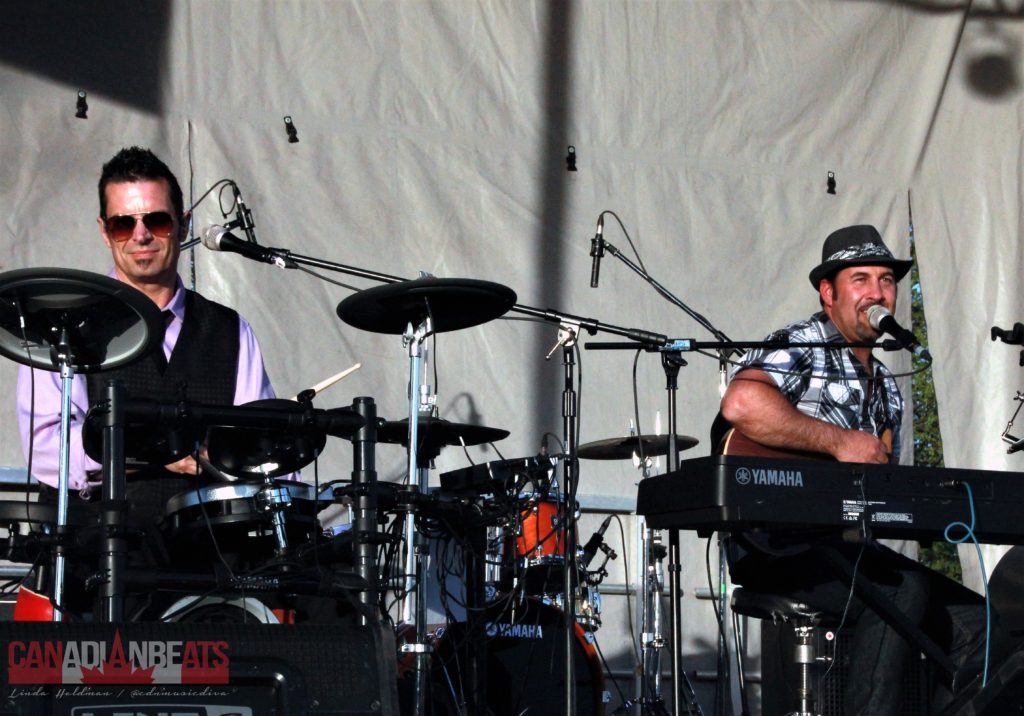 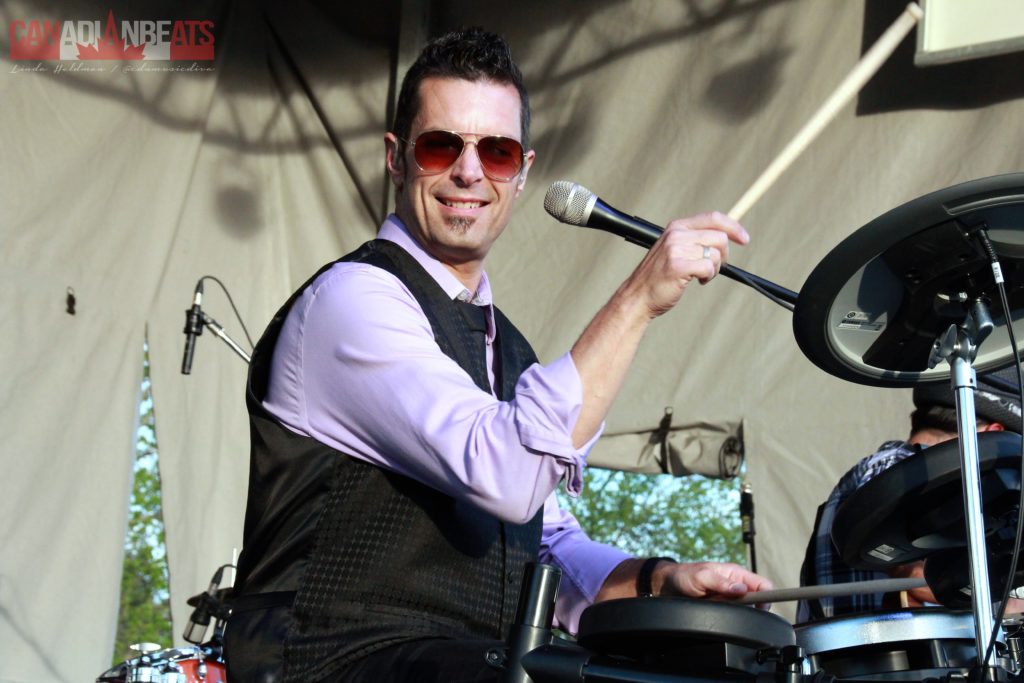 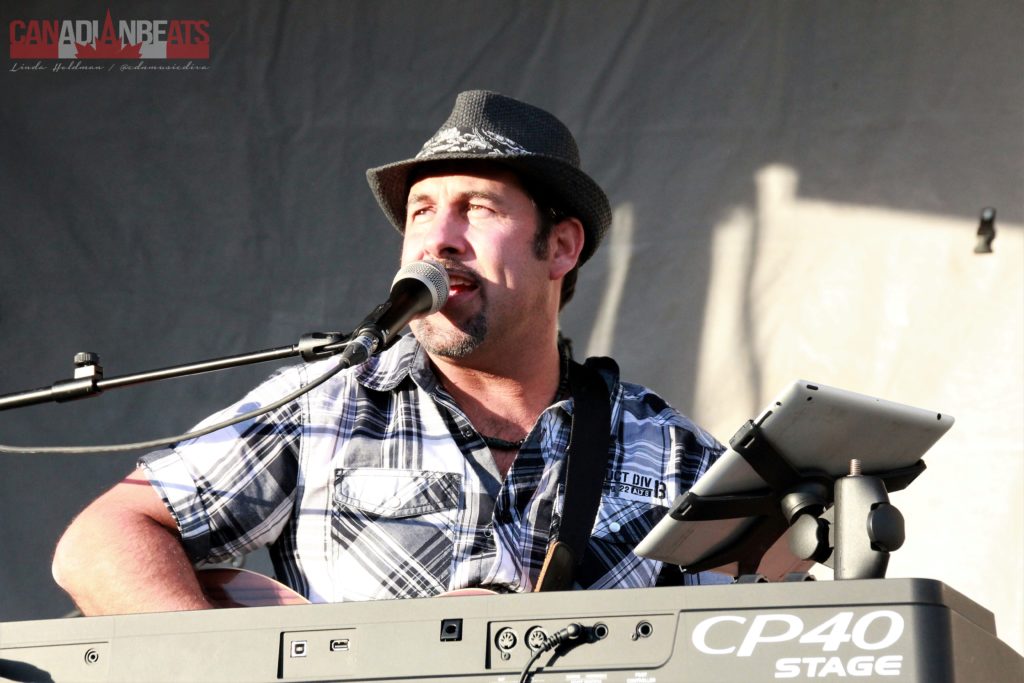 By the time the sun was down, Runaway Angel was up! These ladies are constantly updating there stage show, becoming better and better, and you rarely see the same one twice! They performed all their songs we have come to love on radio, “My Someday”, “June”, “Easy” and more. The ladies gave it their all and those in attendance were delighted. It is important to note that when Runaway Angel and the founders of Product For Veterans first met, they were very excited about the program and eager to be a part of this event. They were the perfect fit to headline this show. 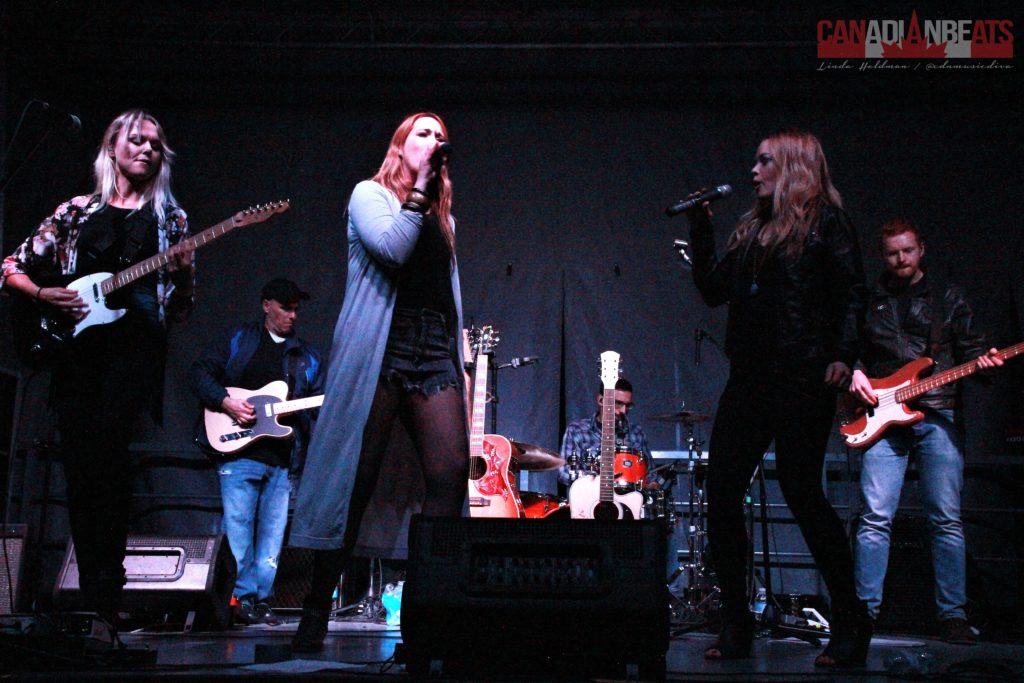 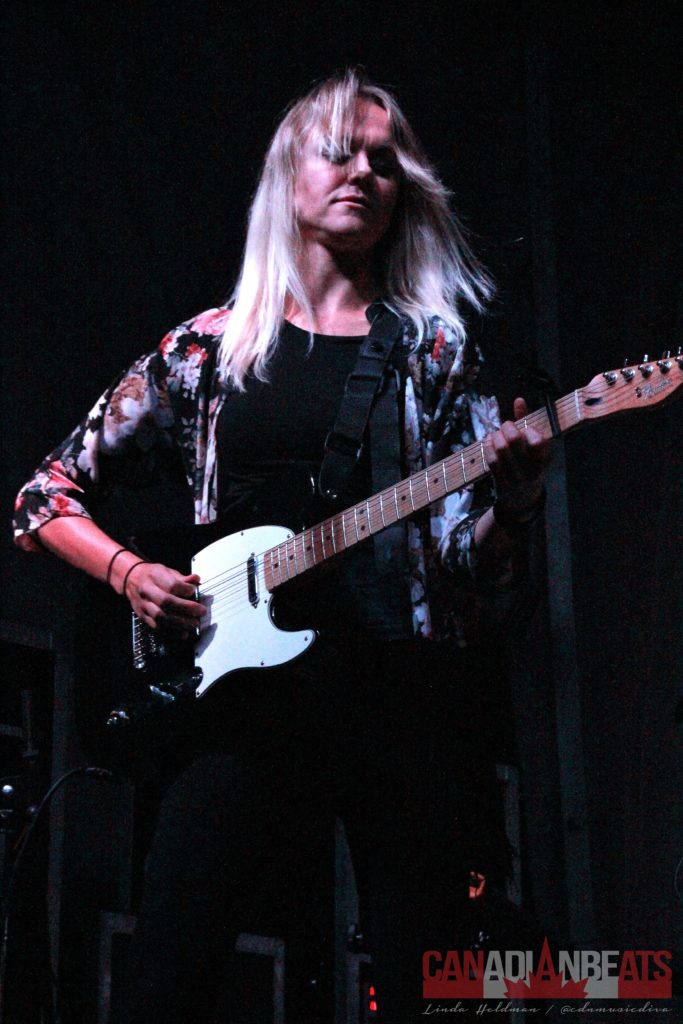 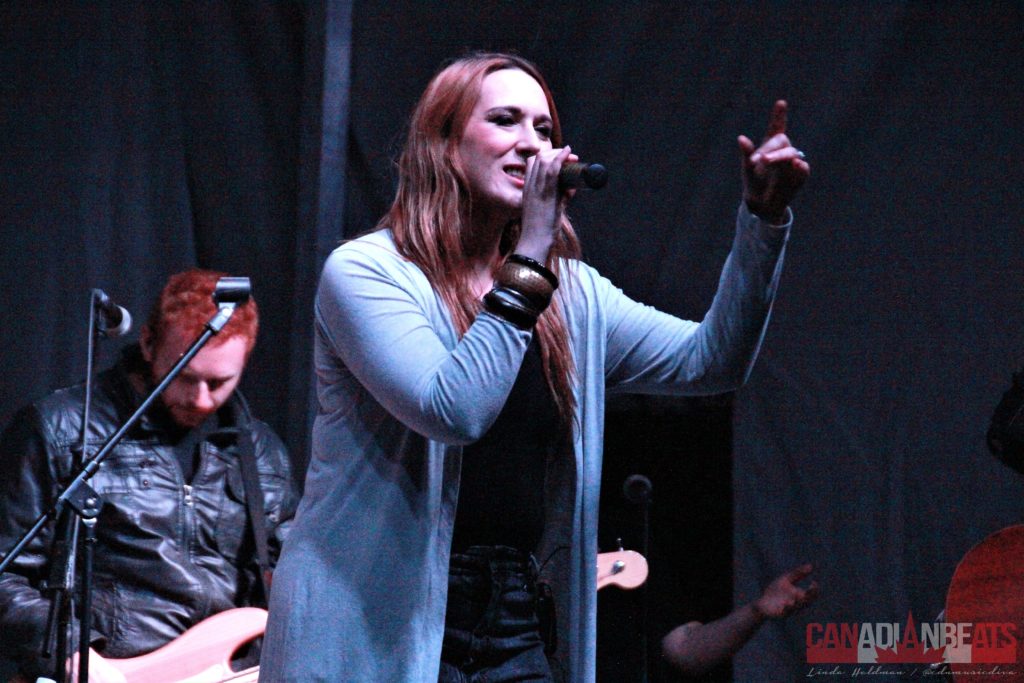 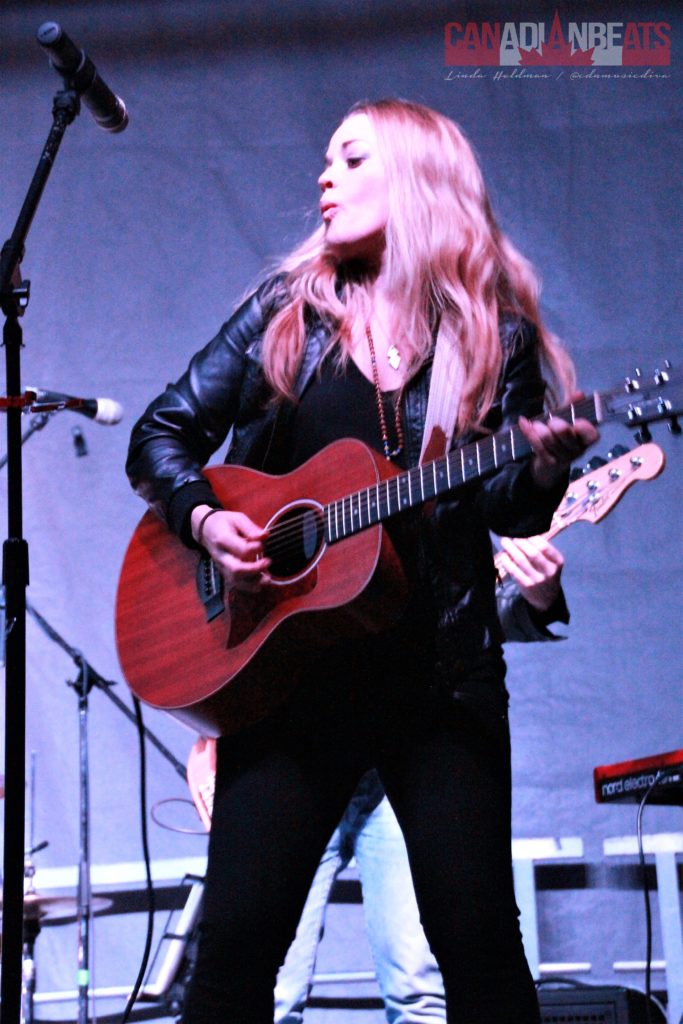 Throughout the afternoon and evening, the event was MC’d by none other than singer/songwriter Jamie Warren, who happens to be the most awarded independent male artist in the Canadian music industry. He is humorous and a fantastic story-teller. He did a fabulous job of entertaining the crowd, including serenading us with several of his hits including “One Step Back”, I’m Getting Closer” and “Sunny Day In The Park”. 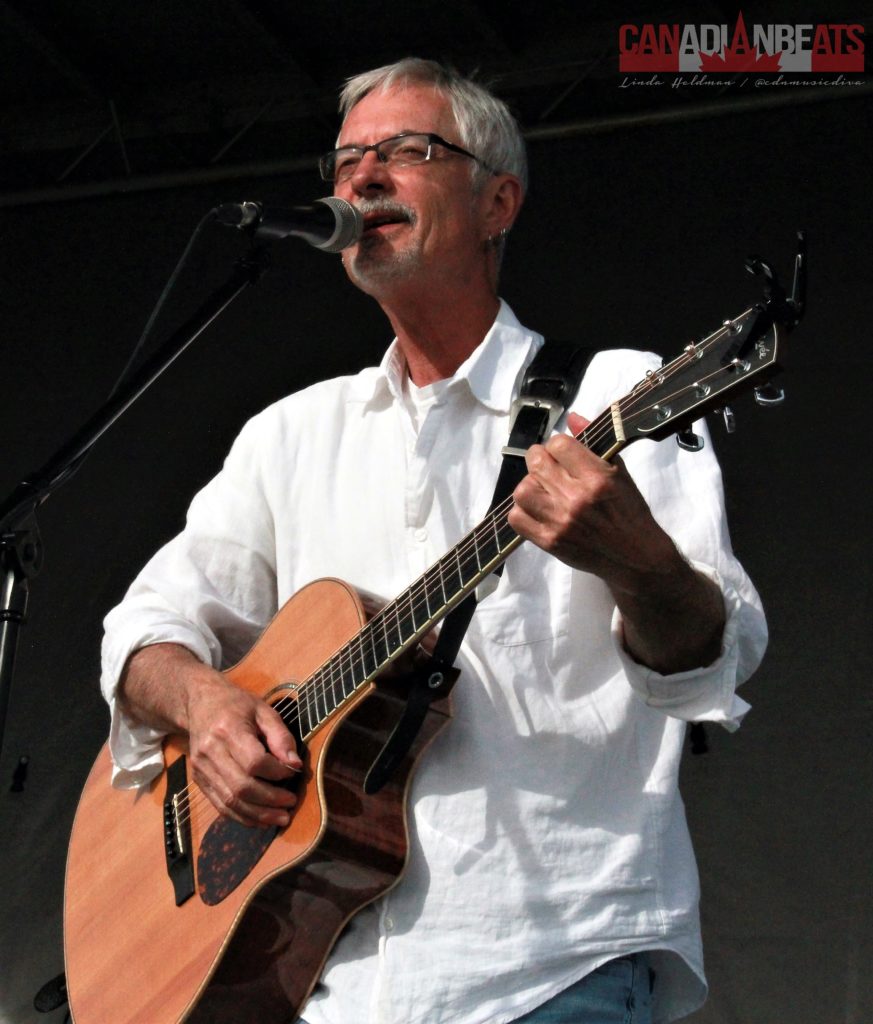 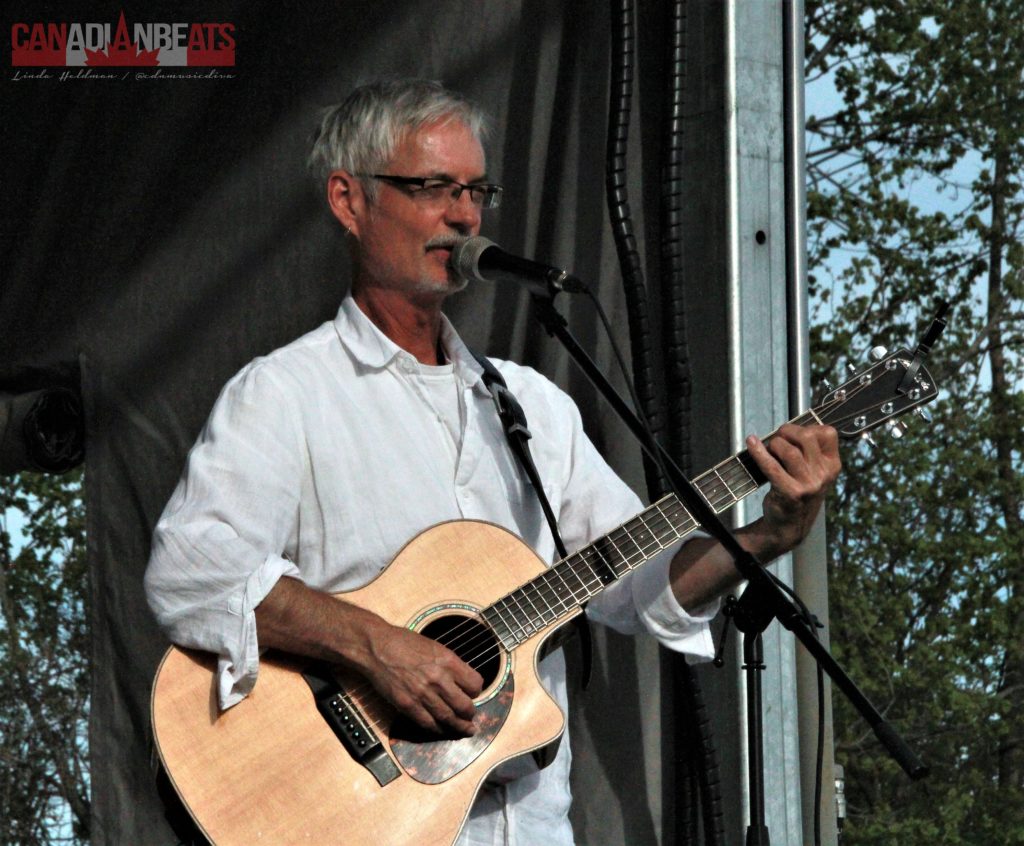 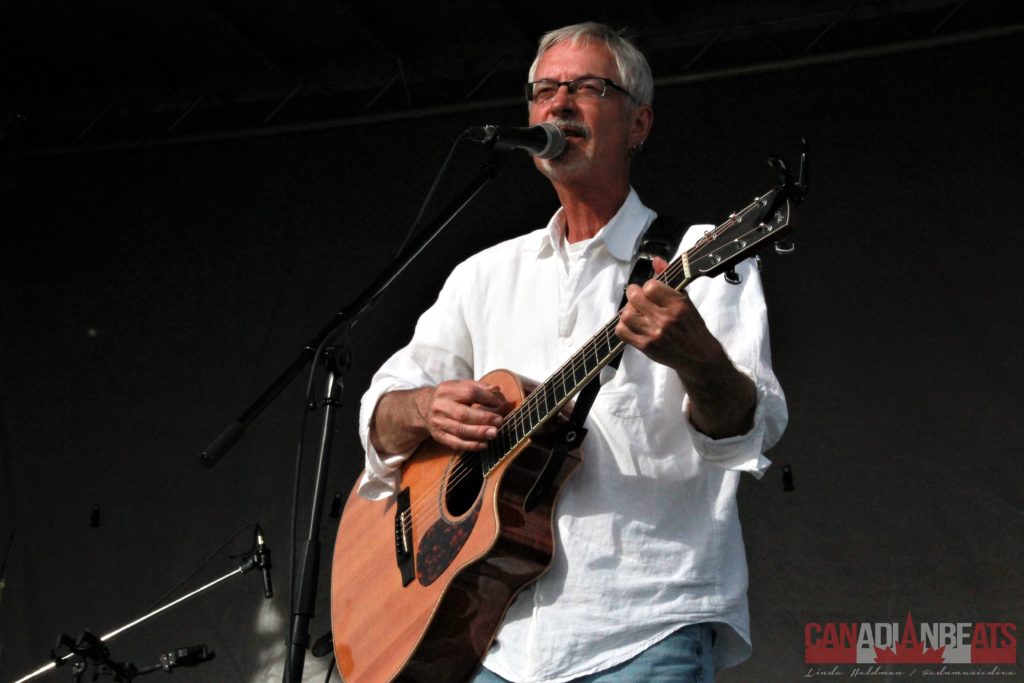 The event also had a 50/50 draw, signed guitar give away and raffle to help raise some extra funds. At the end of the day the organizers were satisfied with the event. “First year events are a challenge but, we had a good committee pulling it all together.”, stated Joe Switzer. “We have already set wheels in motion for next year’s event. We are also planning For Love of Country Rocks in the Fall. We wish to thank all the sponsors, and those who gave very generous donations, the artists who performed and the volunteers that gave their time and support.”

For more photos of this event, please click here.