SASKJAZZ & SASK. RUSH PARTNER ON THE RUSH TO KISSEL CONTEST! 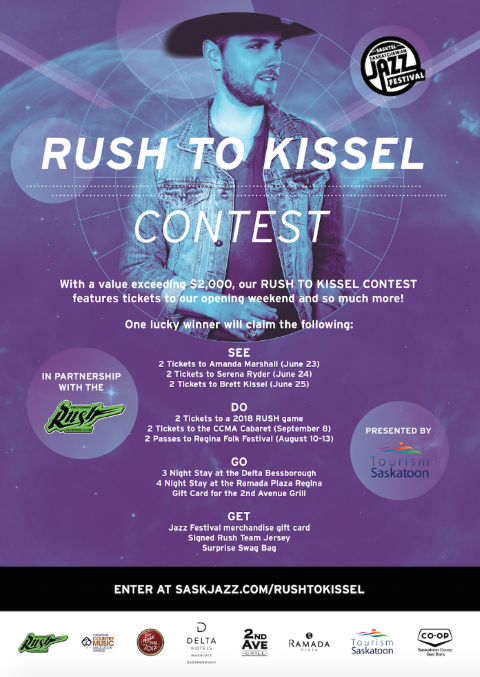 Saskatchewan has a long, proud history of being a successful “home town” province having the best customer sport franchises in Canada, and one of the biggest music festivals of its kind in Western Canada.   Putting theses Saskatchewan successes together creates a win-win combination for everyone!

The SaskTel Saskatchewan Jazz Festival is pleased to announce a new partnership, and exciting contest, with the 2016 National Lacrosse League (NLL) champions the Saskatchewan Rush! One lucky winner will take home a grand prize worth over $2,000, including tickets to our opening weekend featuring Amanda Marshall, Serena Ryder, and Brett Kissel!

The Saskatchewan Rush have contributed tickets to a game next season and a signed team jersey!

Don’t delay!  Get your entries in now to be part of this exciting Saskatchewan Team-Up!

Complete entry details, and the entry form, can be found at saskjazz.com/rushtokissel.