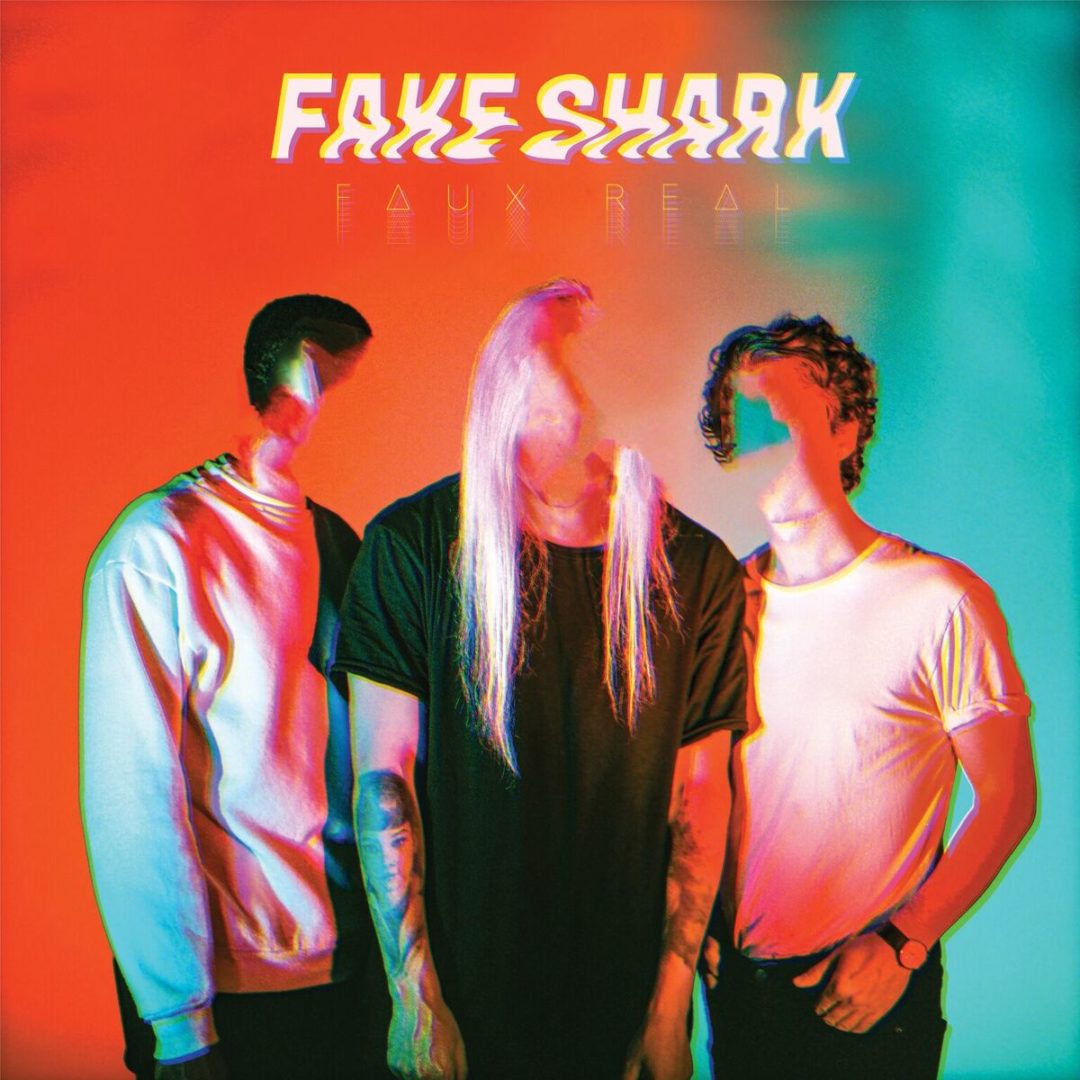 Faux Real is the highly anticipated album from Vancouver band, Fake Shark. The trio had worked on this album since their 2013 release, Liar. Since it’s release, they dropped singles “Cheap Thrills”, “Something Special”, “Heart 2 Heart” and “NOFOMO”, which are all featured on this album.

Since their days of heavier music, dropping the Real Zombie off their name, and lead singer, Kevvy Mental’s, black hair, Fake Shark has been a favourite band of mine. It has been interesting to hear the band evolve and one album not sounding anything like the next. It’s reasons like this that fans stay loyal to the band – they can’t wait to hear what they will come up with next.

This album in particular has taken a more alternative take on today’s pop music. This alt-pop-synth mix has its roots shown in songs like “Something Special” and “Secret Weapon”.

Overall, the album is catchy, nostalgic, dance-worthy and over all a great step forward for Fake Shark. It has so many elements in it that music lovers of different genres could get into it.