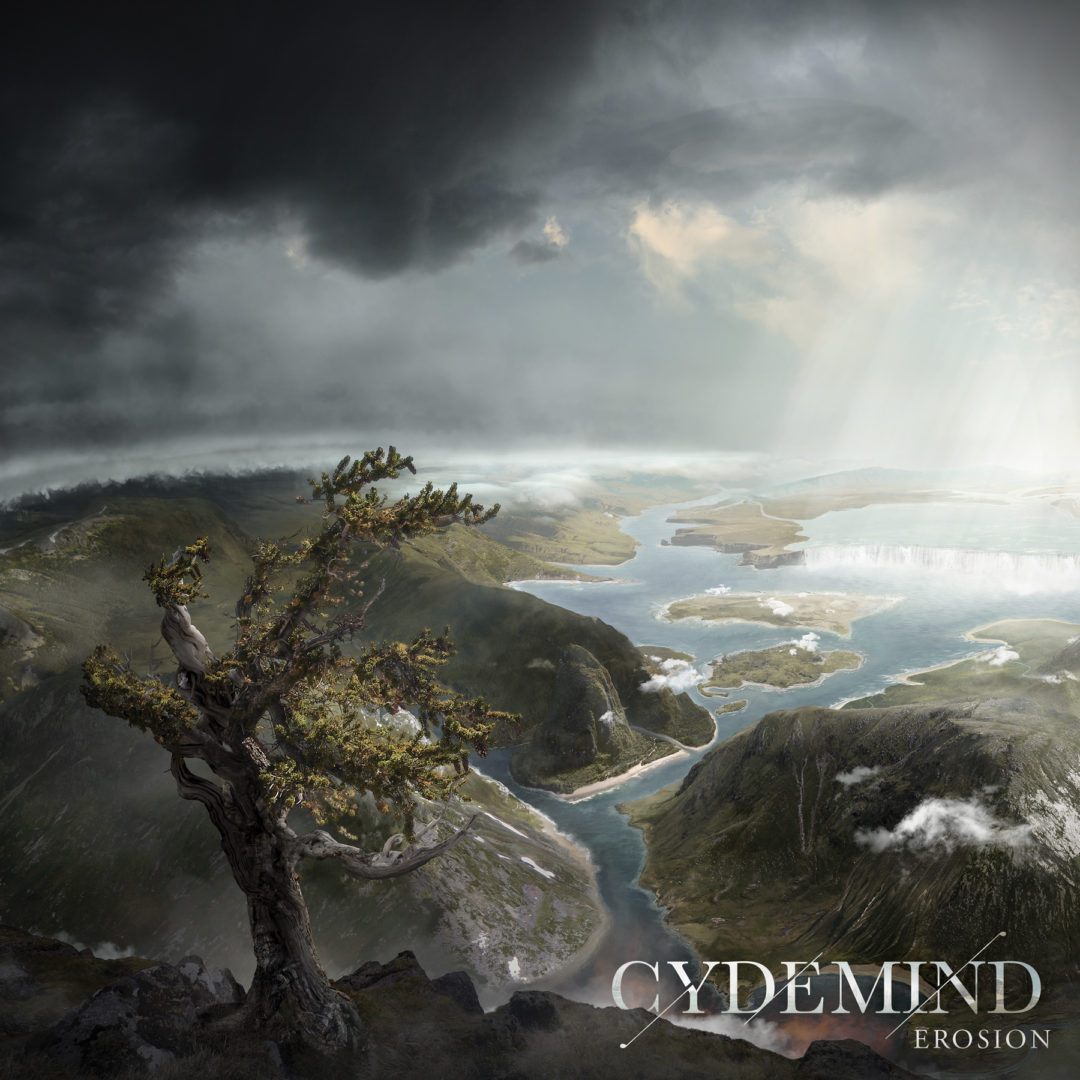 CYDEMIND have released their full length record, Erosion, their follow up to their 2014 debut EP, Through The Mist.  The progressive rock outfit from Montreal offers a unique twist on the genre with their use of a violin that has assumed a role similar to that of a vocalist.

Erosion, rather than kicking off into high gear immediately, takes some time to introduce the different instrumental voices heard throughout the record.  The opening track, “Derecho”, starts off slow and acoustic with a strummed guitar paired with violin and the beautiful tones of a grand piano.  “Derecho”, over the course of its thirteen and a half minutes, slowly evolves with the inclusion of drums and more melodic lines between the violin and the piano.  Instrumental interplay is further emphasised throughout the song with the inclusion of ambient electric guitars, shifting time signatures, trading solos, and finally a crunchy distorted guitar which signifies the song shift from lyrical ballad to a prog rock journey.  The title track demonstrates an even more indulgent side to CYDEMIND as the song starts off with a lengthy but enjoyable piano solo delivered in a highly classically driven manner which leads into an electric guitar solo of a similar style, but due to its distortion, it creates an exciting sense of juxtaposition.  To further add to the indulgence, “Erosion” is exactly twenty-seven minutes in length; however, despite its shifting tones and moving sections, the track struggles to hold on to the attention of the listener for its entire runtime.

While Erosion is nothing short of an intense ride that displays a high caliber of song writing, the album is not without its faults.  As previously mentioned, at times- especially during the longer songs- the music fails to keep the listener attentively listening or on their toes.  Other parts of the album, including the unison rhythmic shots and figures found in every song and certain guitar tones, can sometimes come across as cheesy, especially as the album progresses. CYDEMIND’’s use of these rhythmic unison parts can range from incredibly interesting- especially when the band pulls them off seamlessly no matter how complicated the rhythms are- however, they are used so frequently that it often appears as their go to way to transition into a new section or to shake things up.  By the end of the first few songs, this becomes very predictable and makes you wish for a different transitional device.

CYDEMIND soars when they choose to write shorter songs.  Of Erosion’s six songs, “Red Tides” and “What Remains” were my favorites.  These tracks waste no time in cementing CYDEMIND as one of the top up and coming progressive metal bands.  “Ride Tides” centers around a highly unique piano line in which the drums and guitars surround and intertwine with to create the most organic moments across the whole album.  At times it feels as if there was a slight jazz influence behind the writing of this song.  “What Remains” stands out for the tracks lead guitar riff.  It is easily the most direct and aggressive on the album, making it among the best lines on the record.

Despite its flaws, Erosion is a very solid progressive rock album that teeters towards progressive metal; however, I find the use of the violin adds a softer element that prevents the band from fully indulging in modern metal.  That is not to take away from the abundant and lyrical use of the violin at all, as it provides an excellent contrast to everything else on the record, often- along with the piano- adding an interesting classical dynamic which aids the hard rock feel laid out by the drums and guitars.  Should you be interesting in progressive rock, or even metal, CYDEMIND’s Erosion is certainly worth checking out, simply for its mature composition and uniqueness when compared to other bands of the same genre.