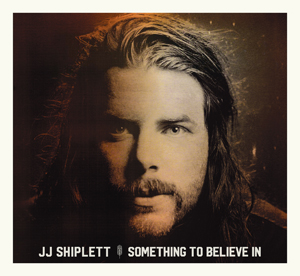 Calgary based roots rocker, JJ Shiplett is once again hitting the road, but this time he’ll be the featured act for the iconic American country-folk band Nitty Gritty Dirt Band during their Canadian leg of their 50th Anniversary Tour. This summer, Shiplett is touring across Canada in support of his full-length debut album Something to Believe In that he released on January 27. This self-penned collection recounts his own particular story in the course of the last two years.

Stream or download Something to Believe In at: https://jjshiplett.lnk.to/SBTI

Shiplett’s raspy voice that is reminiscent of Bob Seger’s, his very impressive vocal range and his down-to-earth personality make this artist one that will be around for a long time. He has a passion for music and it shows in his performances. This is a second major tour for Shiplett in a short time frame. He was a feature artist for Johnny Reid’s What Love is All About Tour in 2016.

Nitty Gritty Dirt Band is best known, by multiple generations, for their platinum-selling single “Fishin’ in the Dark” and have won or have been nominated for numerous Grammy, IBM and CMA awards. To be together for half a century is an accomplishment in itself but these band members just keep going on their seemingly non-stop tour in their 50th year.

Put these two artists together and you are in for one stellar show.