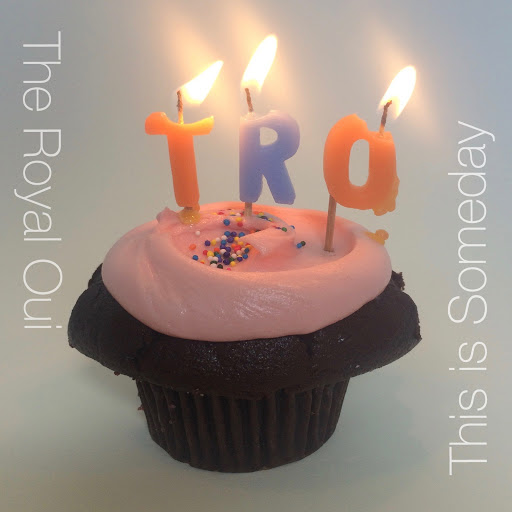 After a 3 year hiatus, Canadian-America husband and wife duo The Royal Oui release their much awaited second album This is Someday hot on the heels of their new single “All About You”.

The lead single and its quirky accompanying video from Canadian filmmaker Allison Beda is the perfect introduction in to the 8 track offering, which is released on May 19th through File Under:Music.

Solo artists Adrienne Pierce and Ari Shine joined their musicality when they formed the band back in 2014 with a folkier feel on their debut The Royal Oui.

This is Someday offers up a faster tempo none more so than on “No Prize Inside”. Sugar coated yes, but lyrically far superior to many of their contemporaries. It’s clear why so many of their heartfelt creations have reached the Big Screen as backdrops to love & loss.  Expect more of the same, and that’s a really good thing!

This is Someday has an experimental confidence in its lyrics and harmonies (even though it is really short…8 tracks to be precise). Its quality over quantity and is supplemented with some gorgeous production values. Listen out for some of the best synth sounds CB’s has heard in a long time with a proverbial nod to the likes of Bronski Beat, Yazoo & Depeche Mode.

It’s not all keyboard power-pop as acoustic “Sideways” lends an atmospheric and melodic slice of Americana, with a more stomp-driven “Wedding Dress”. Sharing the vocal duties works incredibly well for this creative duo and in the words of Aristotle it is true that the whole is greater than the sum of its parts.

“Bartender” closes the album with chiming harmonies, heavy reverb and a tommy gun drum beat, and builds into a fitting closing crescendo. This is someday is well-crafted, beautifully written and highly recommended.

Recommended Taster Track: “All About You”