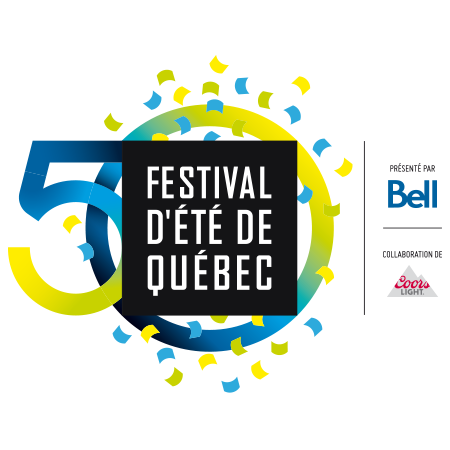 Two of our Toronto contributors, Cassandra Popescu and Nicole Wolfe, will be packing their bags and heading east to cover the 2017 Festival d’été de Québec in July.  This festival runs from July 6-16 at many indoor and outdoor venues across the city and is absolutely JAM-PACKED with a wonderful lineup of Canadian and International artists.  Stay tuned for social media updates, interviews, live videos and lots and lots of photos from this annual festival!  If you are lucky enough to attend FEQ, we have made a few suggestions of must-see performances at the festival and we hope to see you there.  If you see either Cassandra or Nicole around town be sure to introduce yourself and pose for a fan photo for our social media accounts! 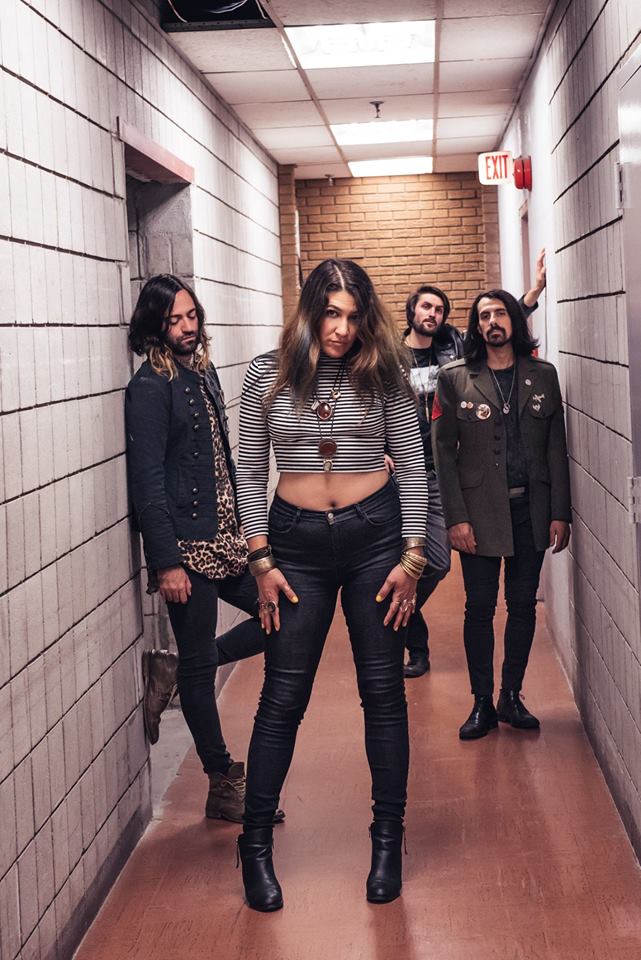 Montreal’s own The Damn Truth have been keeping the spirit of rock n’ roll alive with their raucous live shows, soulful tunes, and powerhouse energy. The band has shared the stage with the likes of The Cult, Dee Snyder, Three Days Grace, Rival Sons, Monster Truck, Airbourne and July Talk, earning themselves a reputation for their commanding live presence. Their latest album Devilish Folk (2016), is brimming with the authentic, blues-based rock that sets them apart from others. The band shows no signs of slowing down anytime soon, and are an absolute must-see at this year’s festival. 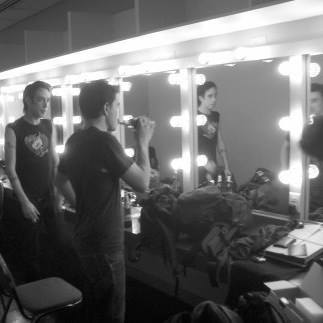 Wolf Parade is an indie rock band that emerged during 2003, in the prolific Montreal music scene.  Montreal is known for the genesis of many great bands and Wolf Parade is a shining example of this!  After a brief hiatus, the band got back to recording in 2016, releasing EP 4 on May 17, 20176 and has been touring for much of the time since, including Wayhome in 2016.  FEQ presents itself as a great event to catch this energetic band in action, in their home province where it all began! 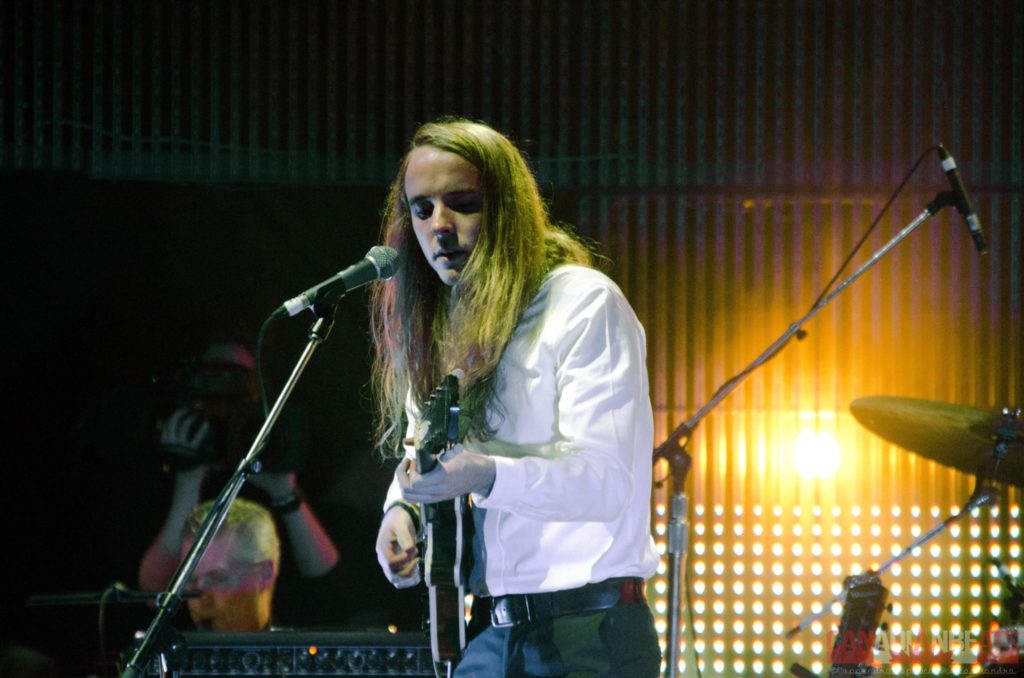 Hailing from small town Saskatchewan, folk singer-songwriter Andy Shauf made it to the 2016 Polaris Music Prize shortlist for his album The Party. A meticulously crafted album with rich orchestration and complex characters tells the listener various stories that are all taking place on the same timeline. As a performer, Shauf is skilled at captivating the audience to deliver an experience that brings these songs and their stories to life. 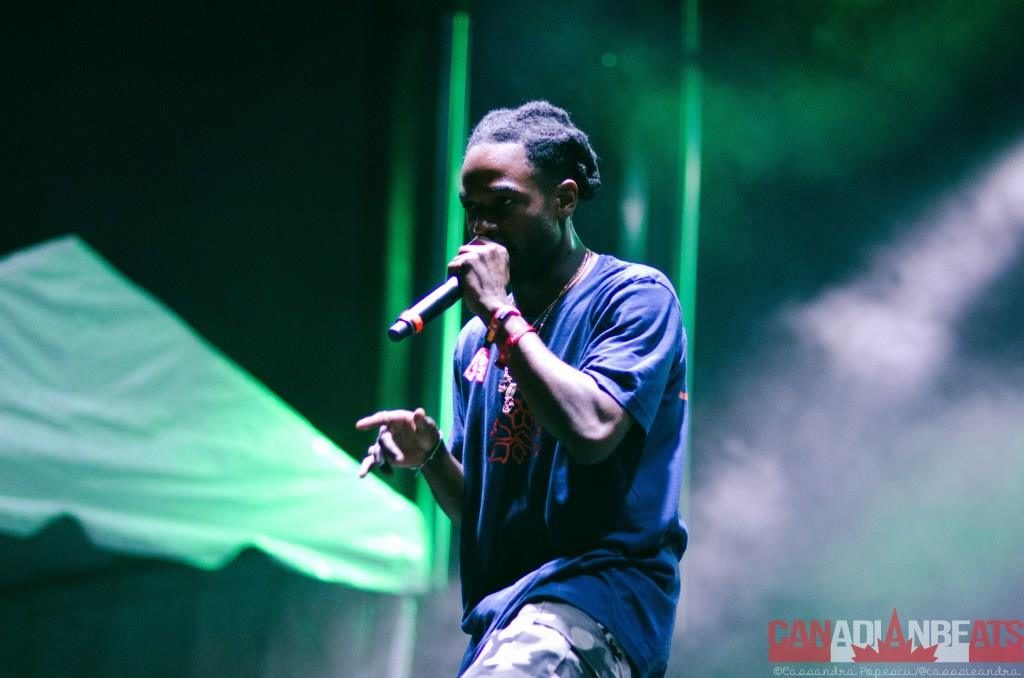 This Toronto-based hip hop artist has earned his place among the most celebrated hip hop/rap artists in Canada.  He won the JUNO award for 2017 Rap Recording of the Year for Hotel Paranoia and was recently signed by Capitol Records.  Cartier has crossed paths with Canadian Beats a few times, including last year at Wayhome Music & Arts Festival and he never fails to impress us, or the crowds of spectators.  Summer of 2017 looks red hot for this Canadian artist.  Catch him in action as his music career begins to soar to even higher levels! 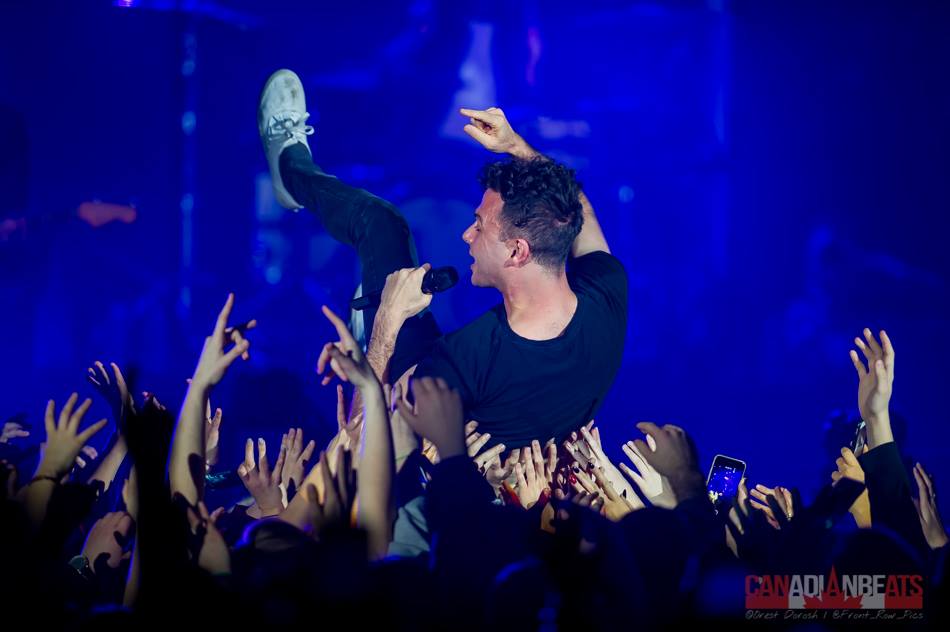 Veteran Canadian Beats followers will undoubtedly know our love and respect for the Arkells.  When we saw that they were on the bill for the festival, we knew we had to be there!  Simply being in the audience of one of their concerts is enough to convert anyone into a loyal fan, especially when you get a chance to have lead singer, Max Kerman, crowd surf above you!  The Arkells most recent album, Morning Report, has done exceptionally well since its August 5, 2016 release with single “Knocking At The Door” currently in the #1 position on the Canadian Rock Charts.