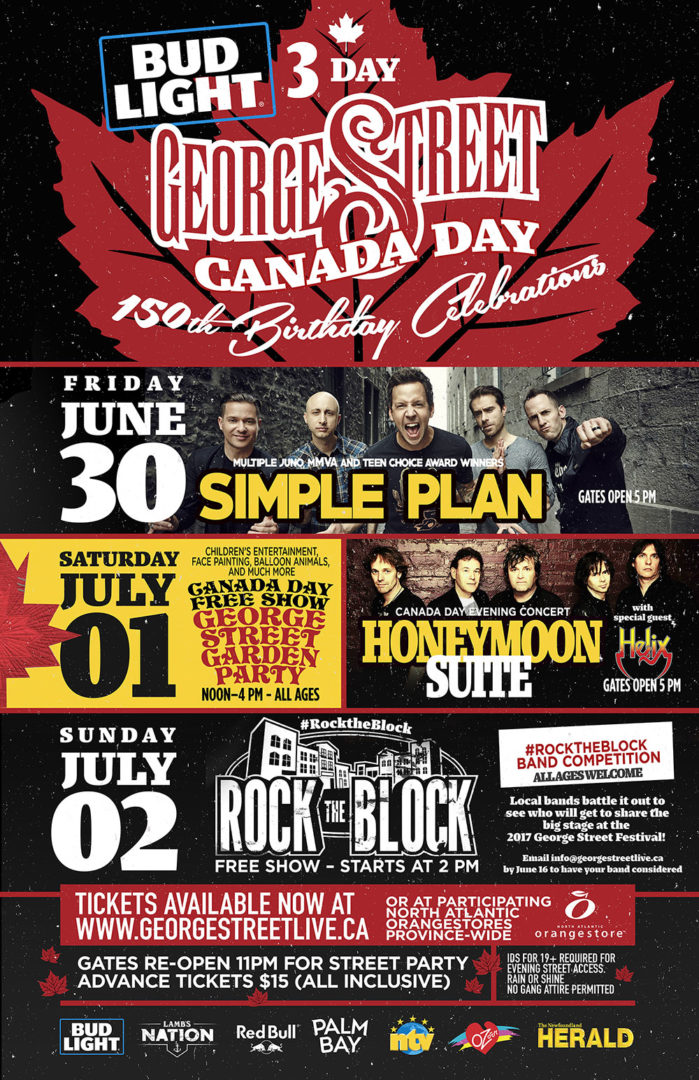 If you want to be the first to celebrate Canada’s 150th, St. John’s, NL is the place to be. The George Street Association have officially announced the celebrations for 2017.

On the afternoon of Saturday, July 1st, the George Street Association will host the George Street “Garden Party” – a free, family event featuring children’s entertainers, face painting, and much more. It will also feature the World’s Largest Screech-in Ceremony.

Multi-platinum Canadian recording artists Honeymoon Suite will perform on the evening of Saturday, July 1st. They will be joined by Canadian hard rock/ heavy metal band Helix.
On the afternoon of Sunday, July 2nd, local bands will compete during #RocktheBlock. #RocktheBlock is a free, all ages battle of the bands competition. Bands compete for the opportunity to open the George Street Festival on Thursday, July 27th, 2017. Interested bands should apply no later than Friday, June 16th by emailing info@georgestreetlive.ca. Applicants should also include a sample of their music.