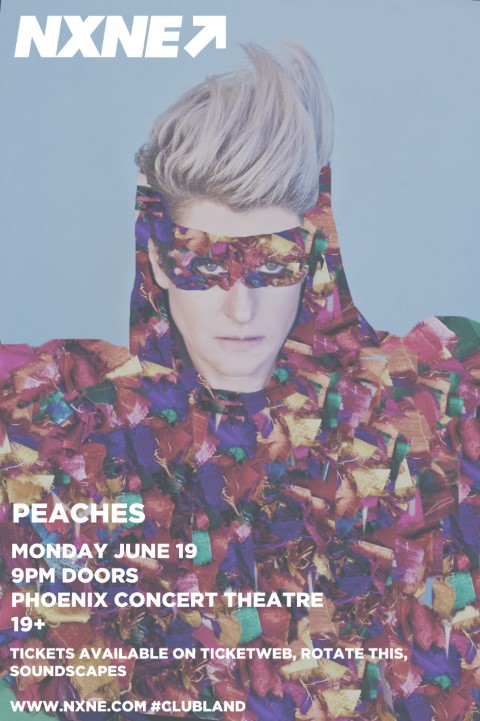 North By Northeast (NXNE) has just announced that they will host a launch party on June 19, 2017 at The Phoenix Concert Theatre featuring electro-pop artist, Peaches. Peaches is a well known name in Canada, from her acclaimed theatre productions to her cinematic debut at Toronto International Film Festival, her ‘Live at Massey Hall’ show to the release of her first book, she continues to push herself further than ever. Peaches will be joined by a special set from producer, promoter DJ Betti Forde. Stay tuned for support acts to be announced.

“We’ve followed Peaches amazing career since her earliest days in Toronto and we’ve been proud to have her perform and speak at NXNE over the years” says NXNE president/ managing director, Michael Hollett. “NXNE is thrilled to have such an important and dynamic artist as Peaches launch the packed music programming at the festival.”

Tickets go on sale Friday, May 19 via Ticketwerb, Rotate This, Soundscapes and nxne.com.