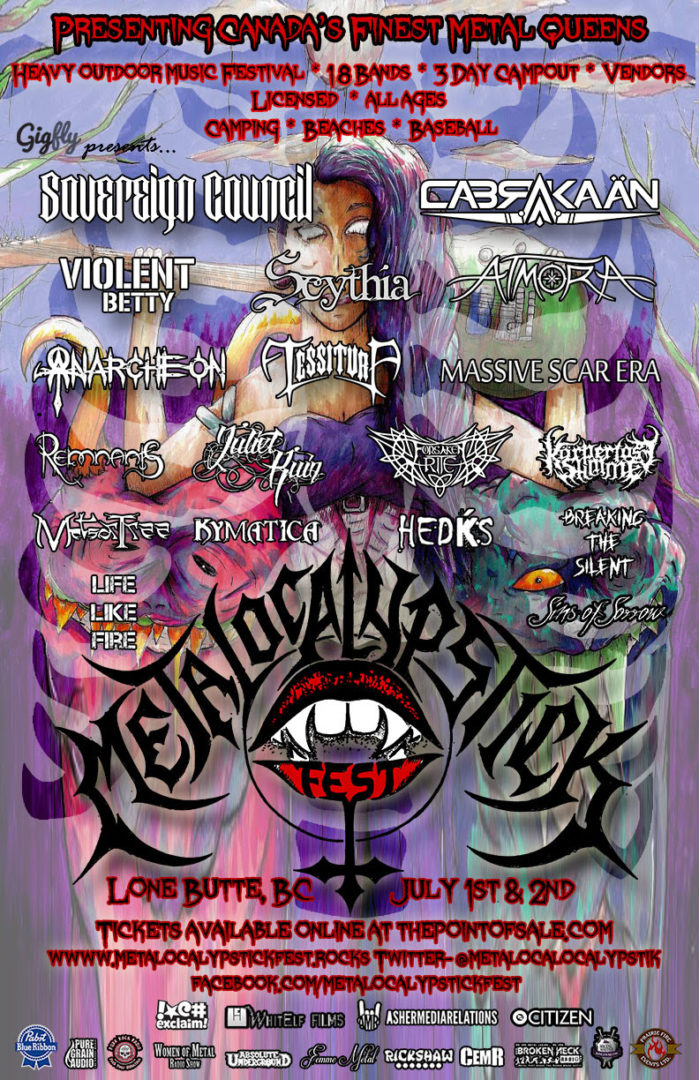 The countdown is on to Metalocalypstick Fest. This outdoor festival based out in the beautiful Western Rockies celebrates women within the punk and metal scene. To promote the 2017 festival line-up, they have released a FREE digital sample “Metal Queens Vol.1” which features notable acts such as Violent Betty, Cabrakaan, Massive Scar Era and more. Check it out here. The album has a mix of everything between Punk and Folk Metal. No matter what your taste is this album will get you hyped for the festival.

Originally founded by Kaija Kinney of Vancouver’s Anarchenon. She states:

“This festival means the celebration of both sexes coming together and creating something amazing. People like to say women in metal aren’t a big deal anymore and that we are all the same. I feel that is untrue, this is still a male dominated world and woman are still looked as lesser. I want to showcase all these bad ass ladies and celebrate the differences of men and woman rather than pretend we are all equal. Truth is we are different why can’t we celebrate that?”

Check out the official site for tickets and full-lineup. For more information on the festival, head to the Facebook event page!

Share this:
Related ItemsAsher Media RelationsDigital SampleFestivalMetalMetalocalypstick FestMusic FestivalValemount BC
← Previous Story The Budweiser County Fair is the place to be this July
Next Story → Countdown to Pouzza Fest 2017 – Interview with Snacks?