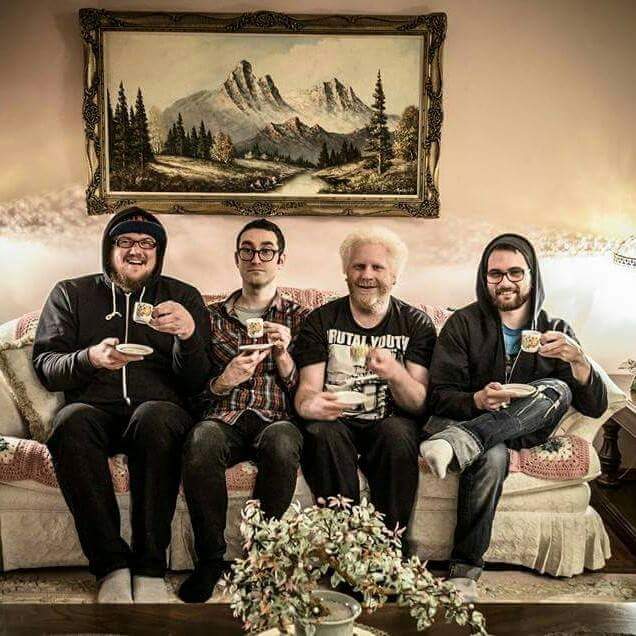 Montreal’s Pouzza Fest takes place later this week from May 19-21, and we’re happy that we’ve had the chance to count down to this festival with you. We have been chatting with a number of the Canadian lineup to get everyone ready for the big event, and we are having a blast doing so. Today, with only 3 days remaining we are are focused on punk band, Snacks? Enjoy!

I’m Alby, the least talented but most albino member of the pop and chip punk band SNACKS?

For us it doesn’t take a lot, we just try and practice as much as we can so we can try to put on the best show we can for (hopefully) lots of people who don’t know who we are.

I have personally played pouzza three different times with a few different bands  my favourite memories, besides playing the shows of course; would be my first year hanging out with Stuck Out Here. I was walking to different venues with them and behind each one they had a secret beer stash behind a dumpster to drink before we went in. And seeing Municipal Waste 2 years ago was pretty amazing!

We are playing Vehicle City fest in Flint Michigan in june. We played last year and it was a lot of fun. Met some really cool people and lots to fun bands.

Doritos, Funnyuns, Flamin Hot Cheetos
Because we give out snacks at our shows

I would not be the best guy to ask for advice because I have no idea what I’m doing still. But if you’re not having fun you’re doing it wrong.

We have a 7 inch with the Caffiends coming out real soon.  We will actually have a few test press’ for sale at pouzzafest. Not too long after we will be releasing another 4 or 5 songs.  It’s not official yet but it could be another split.