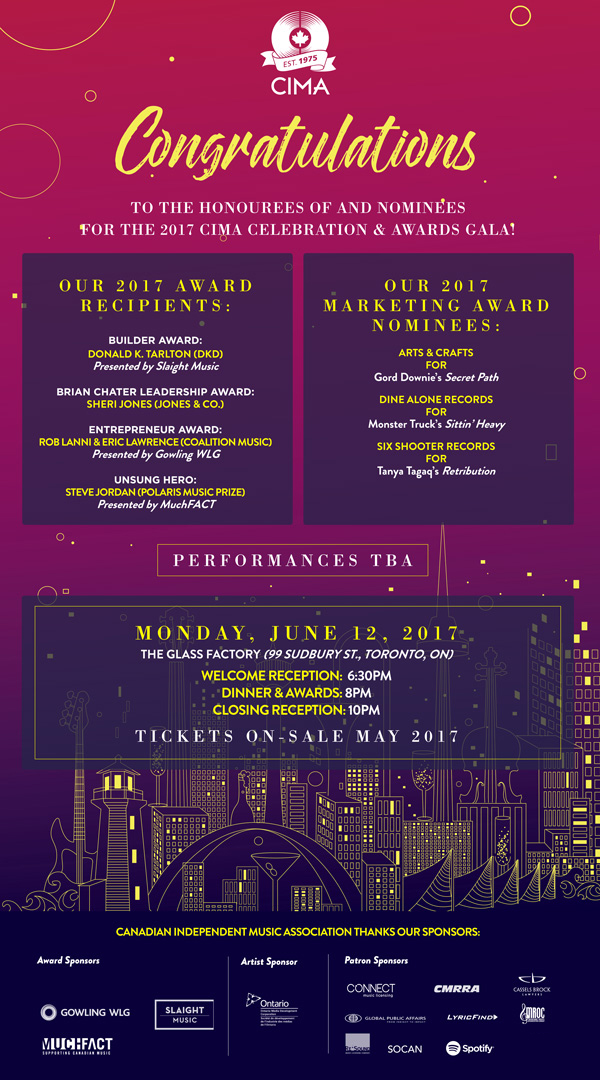 The Canadian Independent Music Association (CIMA) will be holding their third annual Celebration & Awards Gala on June 12. Taking place in Toronto at the Glass Factory, the ceremony is meant to honor those who have made great contributions to independent Canadian music over the last year. The recipients of the Builder Award, Brian Chater Leadership Award, Entrepreneur Award, and Unsung Hero Award have already been announced, with the Marketing Award recipient to be announced the evening of the gala.