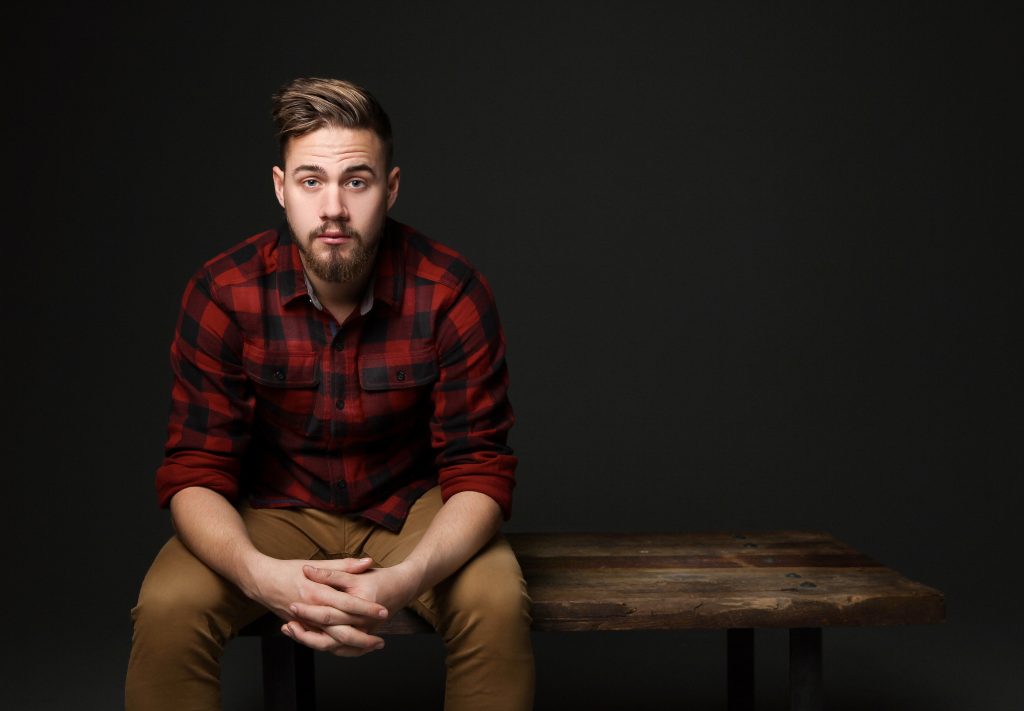 London, ON based singer/songwriter, Connor Morand has been hard at work on his musical career, and has just released two singles, “Everything Is Gold” and “Believe”. We were happy to chat with this alternative pop artist in our newest segment of Five Questions With! Be sure to listen to the singles below, and you can also purchase them on iTunes. Enjoy!

Care to introduce yourself?

Hey there! I’m Connor Morand, a 23 year-old alternative pop artist from London, Ontario, but grew up in New Brunswick for over a decade where I began my musical career (Moncton and Fredericton). I just came back from touring around Europe and Asia where I had the honour of playing in eight different countries. Aside from being a musician, I’m a speaker, a contributing author in an Amazon best-selling book series called “Dreaming Big, Being Bold”, and a graphic designer. I’m very passionate about sports of any kind and I’m oddly good at catching small food objects in my mouth – gummy bears, blueberries, Goldfish crackers, that kinda thing. It’s weird, but weird is good.

Tell us a bit about your music & writing style.

My music is alternative pop. It’s the kind of pop you could hear on the radio, but maybe not so cookie cutter. I guess that’s all subjective though. I pride myself on being a multi-instrumentalist and that really helps me think outside of the box in terms of composing music. I first picked up a guitar over 10 years ago and never looked back. I’ve had varying musical influences ever since I was a kid. I have a firm belief that you can find something you like about ANY genre of music – no matter how big or small. I take that to heart and try to listen to as much as I can for inspiration. In terms of songwriting, I would say 90 to 95% of my songs start with the music; usually a chord progression or a vocal melody. I’ve tried writing lyrics down with zero guidelines musically, but it doesn’t quite work for me.

I do! The full list can be found on my website (which will be updated as more shows are confirmed), but my next one is in Toronto on Saturday, May 20 at Junction City Music Hall. I’m a solo artist that uses a loop pedal live, so a lot of people automatically make the comparison to Ed Sheeran. I really enjoy being a one man act that can sound like 10 people. For the crowd, it’s fun to watch it all come together live. There’s also the very scary element of doing one thing wrong and having it loop over and over again. It keeps me on top of my game. I’m also a firm believer in talking between songs. There’s this old show that VH1 used to have called Storytellers where bands would give some background info about the songs before they played them. I always enjoyed that. Sure, I could play for three hours straight if I want to, but there’s not as much of a connection to the fans if you don’t give them something else other than the song.

I have two songs currently available online – “Everything Is Gold” and “Believe”. Both are very different from one another, and while I love both of them so much, I would have to say “Everything Is Gold”. While I was touring, I shot an around-the-world music video for EIG that spans across 60 different locations in four continents. You can find it on YouTube. It is my greatest musical accomplishment so far. I had to ask random strangers from around the world to help me shoot it. It’s amazing what someone will do for you if you just ask nicely. I am so grateful I had a lot of help.

Alexisonfire has ALWAYS been one of my favourite artists of all time, Canadian or not. I’m a huge fanboy. Growing up as a singer, I took a lot of inspiration from Dallas Green, so City & Colour is another large influence on my singing and playing style. I also really dig Alanis Morissette, Billy Talent, Northcote, Our Lady Peace, Arkells, and Matthew Good. OH…and Shad, who is one of my favourite rappers of all time. I love everything that guy writes about and what he stands for. I’d love to meet him. It helps that he’s from London as well.