The Interstellar Rodeo returns for another “stellar” year 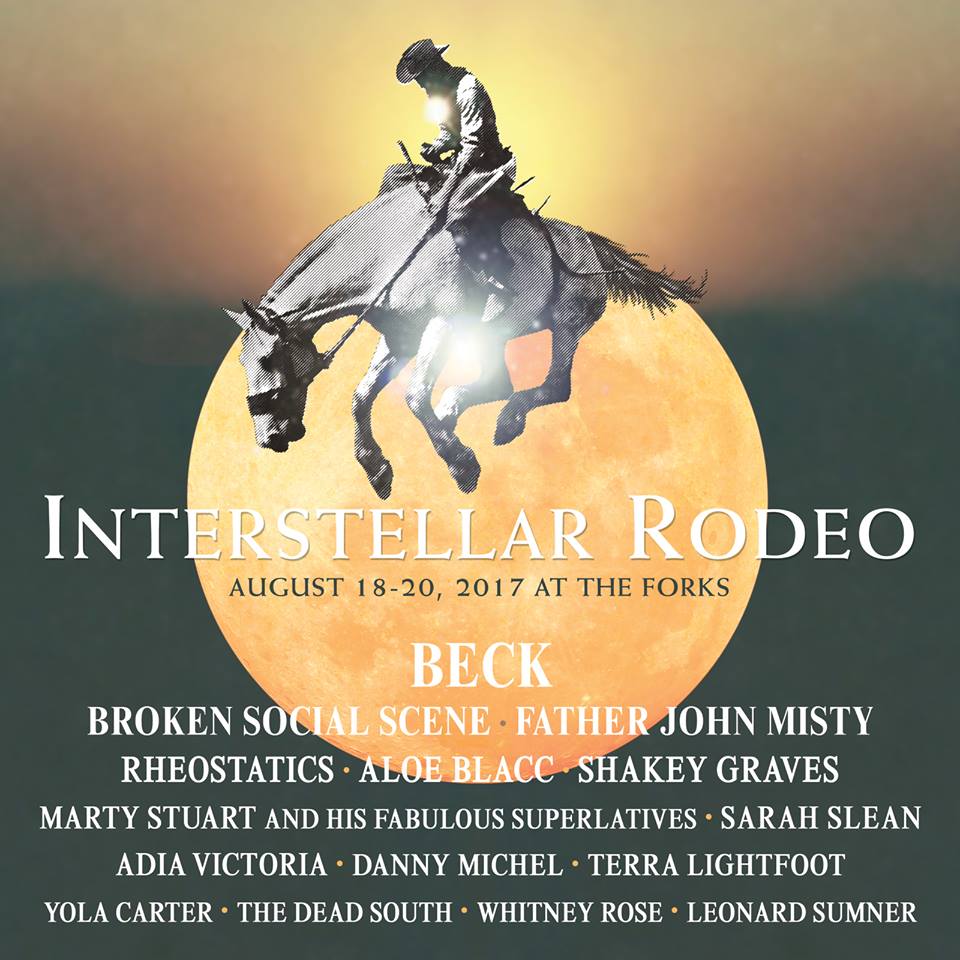 This is Year Three for the outdoor music festival known as Interstellar Rodeo. It takes place from August 18 to 20, 2017, in Winnipeg, Manitoba ­ – right where the Red and Assiniboine Rivers meet – at The Forks. “We are so super excited,” said Shauna de Cartier, president of Six Shooter Records and Interstellar Rodeo programmer of this year’s lineup. The lineup is, once again, phenomenal. The headliners include greats Beck, Broken Social Scene and Father John Misty.

Beck, who is a multiple Grammy Award winner, including Best Album plus Best Rock Album for Morning Phase in 2014, has never performed in any of the Prairie Provinces for his entire 30-year career. This will be his first. De Cartier said it took five years of negotiating with his representatives to finally get Beck to agree to play in the city. She said,

“We couldn’t be more proud and more thrilled to bring one of the most iconic musicians to Winnipeg for the first time. The stars aligned … it’s such a great coup for us.”

Broken Social Scene, a Canadian indie collective rock band, will be performing their latest single and first release in seven years, “Halfway Home.” It is a song that Rolling Stone magazine called “vintage Broken Social Scene, filled with overlapping vocals, messy guitars, brass section breaks and a cathartic chorus.” This single is off their upcoming album.

Father John Misty (also known as Josh Tillman) will also have his debut performance in Winnipeg. This internationally acclaimed folk/rock artist has released four singles from his album Pure Comedy, released on April 7, 2017, and these will sure to be a highlight of his performance.

Country music legend, Marty Stuart, will kick off the weekend on Friday night. He just released an awesome new album titled Wild West and he and his band, Fabulous Superlatives, are coming right from the home of country music – Nashville, Tennessee. The fabulous Whitney Rose, originally from PEI but now based in Austin, Texas, is making a return trip to Winnipeg. She last performed here in February as part of her three-month worldwide tour South Texas Suite (named after his third album).

Interstellar Rodeo also offers a lineup filled with exceptional performers, both iconic and emerging. Two of Canada’s emerging and brilliant songwriters Terra Lightfoot (from Hamilton, Ontario) and Winnipeg’s own Leonard Sumner will showcase a new generation of artists that easily fuse rock, blues and country traditions in exception ways.

One great weekend on one stage will have so much awesome. “Just be awesome!”

Visit www.interstellarrodeo.com for festival schedule and lineup details. Tickets can be purchased at store.sixshooterrecords.com